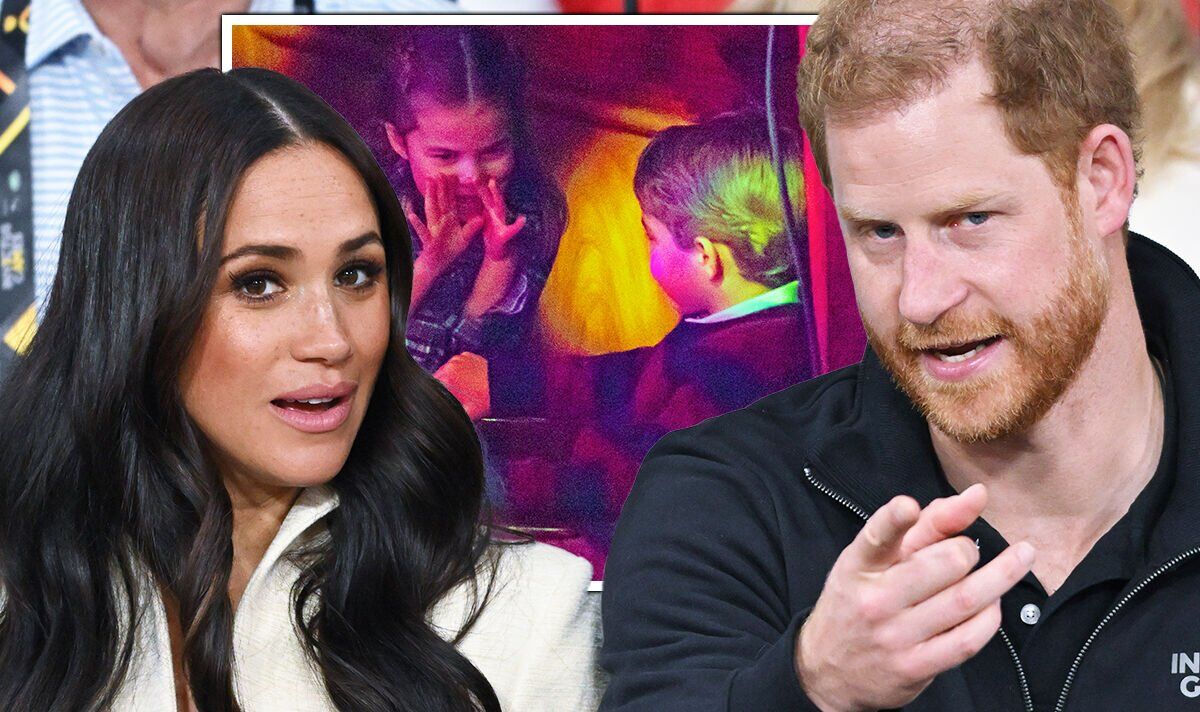 The Duke and Duchess of Sussex took a step back from royal duties in 2020 and moved to the US where they’ve carved out a new life for themselves outside of the Firm. Despite quitting as working members of the Royal Family, Meghan, 40, and Prince Harry, 37, still have global appeal and continue to make headlines for their work.

Since stepping down, the couple have signed lucrative deals with Netflix and Spotify, carried out a number of charity appearances and launched their own non-profit organisation, Archewell.

However, their departure was surely felt by the Firm, according to a royal author.

Cele Otnes, co-author of Royal Fever: The British Monarchy in Consumer Culture, claims that, after the Sussexes stepped back from royal duties, there was an absence of “charisma”.

She uses the term “charisma vacancy”, which features in Tina Brown’s book ‘The Palace Papers: Inside the House of Windsor’, and claims that the Royal Family’s charisma quota was once filled by Princess Diana.

She notes that since Megxit, the position has been filled by the Duke and Duchess of Cambridge’s children who have regularly shown off their personalities.

She told Express.co.uk: “There’s a great quote where Tina [Brown] says one of the big problems with Harry and Meghan leaving the brand is that now there is this ‘charisma vacancy.’ I love that.

“So Diana clearly filled the charisma vacancy when Diana was part of [the Royal Family].”

Ms Otnes, a professor of marketing specialising in the Royal Family, went on to explain that this was a necessary factor for the Firm’s brand image.

READ MORE: Queen ‘gradually breaking free from the past’ as monarchy evolves

She claims charisma is an important component of the Royal Family’s image as it shows personality and appeals to an audience.

Professor Otnes told Express.co.uk: “What you want is people have to have a personality or at least some of them do.”

She speculated which members of the Firm could fill the vacancy, noting the Prince of Wales “has more charisma than people give him credit for” but that the future king lacks confidence.

She said: “So Princess Anne is not someone one would say, is charismatic, nor does she care.

“I would say Prince Charles has more charisma than people give him credit for, but what holds him back from expressing that is that he seems to just wallow in self-pity and a lack of self-confidence, which is I think, completely unwarranted.

“So who do we have in the Royal Family that can help fill a charisma vacancy?

“Well, one that does, not through speech, but through visuals are William and Catherine’s children.”

The princess, who was three at the time, showed she was a force to be reckoned with when she told photographers: “You’re not coming.”

The young royal, who is now seven, has also often been spotted sticking her tongue out to the crowds.

She and her siblings also can’t help but make hilarious faces at Trooping the Colour over the years and are often photographed pulling a less than serious expression.

The youngsters appear to be following in their uncle’s footsteps because, as a child, Prince Harry was photographed numerous times sticking his tongue out in the direction of photographers.

The Royal Family will be taking to the balcony of Buckingham Palace in less than two weeks for the traditional RAF fly-past which forms part of the Queen’s birthday parade.

This year, the monarch will only be joined only by working members of the Royal Family for the occasion, meaning Prince Andrew, Meghan Markle and Prince Harry will not make an appearance.

Also set to appear for the historic occasion will be Prince George, Princess Charlotte and Prince Louis and the Wessexes’ children Lady Louise Windsor and James, Viscount Severn.