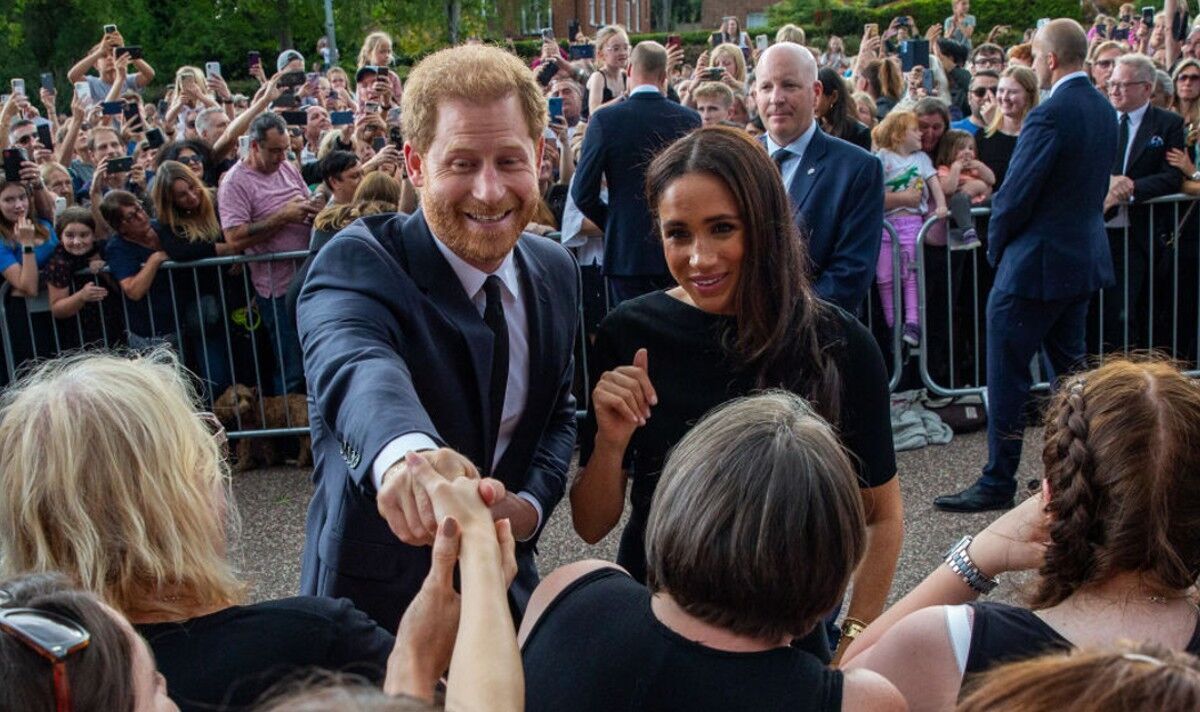 The Duke and Duchess were a hit on their royal tours, but behind the scenes, Meghan “failed to understand the point”, a source has claimed.

They said: “Although she enjoyed the attention, Meghan failed to understand the point of all those walkabouts, shaking hands with countless strangers. According to several members of staff, she was heard to say on at least one occasion, “I can’t believe I’m not getting paid for this.”

In an extract from new book ‘Courtiers: The Hidden Power Behind the Crown’ by Valentine Low the source said the couple were “going down a storm” on their trip to Australia, their first official tour, due to Meghan’s “refreshingly informal approach”.

They added: “When she turned up at the home of a farming family, she brought some banana bread that she had baked herself. When the couple visited a school to see the work of a programme to improve the educational outcomes of young Aboriginals, she was fêted as an inspirational role model.”

But behind the scenes, it was a different story.

The source added that former communications secretary to the couple Jason Knauf said the tour was “very challenging” and “made worse by the behavior of the duchess”.

The claims come just days after Harry and Meghan returned to their home in the US following the Queen’s funeral.

Since leaving stepping away the couple have kept a distance from the Royal Family as reports of rifts with senior royals grow.

Despite Harry now being fifth in line to the throne following the death of his grandmother, Queen Elizabeth II, it is unclear if his children, Archie and Lilibet will receive royal titles.

Now that Charles is king, Harry and Meghan’s children automatically become Prince Archie of Sussex and Princess Lilibet of Sussex, but this is yet to be confirmed.

The King is reportedly planning a ‘slimmed down Monarchy’, so there is speculation over whether he will award the titles.

In a surprise move, Meghan and Harry took part in a walkabout with the Prince and Princess of Wales to thank mourners last week.

It was the first time the ‘fab four’ has been since March 2020, when the Sussexes departed for the US.

Prince William was reportedly the one to orchestrate the appearance, inviting Meghan and Harry to join them.

The move, dubbed an “important show of unity” sparked hopes of reconciliation in the brother’s strained relationship.

In his first address as King, Charles also wished Meghan and Harry the best and extended his love for the couple as “they continue to build their life overseas”.