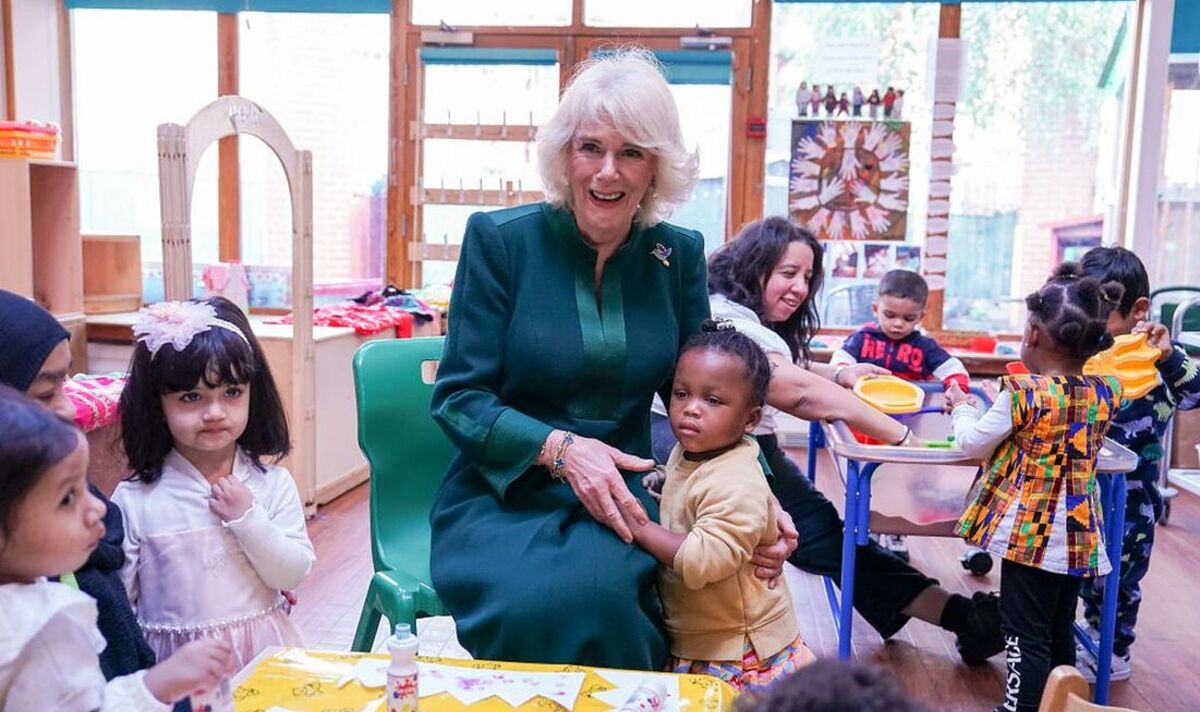 Queen Camilla had a joyful encounter with a young boy while distributing Paddington bears at a nursery on Thursday. The Queen Consort said it was “a pleasure” to rehome Paddington Bears with children at an east London nursery, after thousands were left in tribute to the late Queen Elizabeth II.

The toys were left by the public at royal residences after the Queen’s death in September.

Camilla met dozens of children cared for by the Barnardo’s charity at Bow Nursery.

She was joined by Paddington film stars Hugh Bonneville and Madeleine Harris.

During her visit to Barnardo’s Charity at Bow Day Nursery in East London, she met three-year-old Oscar Imerwood, who made a hilarious comment.

Apart from distributing the toys to the children, the Queen Consort also had marmalade sandwiches with the kids.

During the Queen Consort’s visit, she gave little Noa Nkemadirim a hug and spent time with a group of children at a table.

She then chatted with a circle of older children who were playing with blue foam, and asked them: “What are we doing here? Making a mess. We love a bit of mess.”

While the 40 children tucked into their marmalade sandwiches, Oscar declared: “I don’t like marmalade!”

The visit came after Camilla was pictured surrounded by teddies in a photo taken on October 13 to mark the 64th anniversary of the publication of the first Paddington Bear book.

The Royal Family has donated more than 1,000 bears to Barnardo’s and each toy was professionally cleaned before being delivered to the charity.