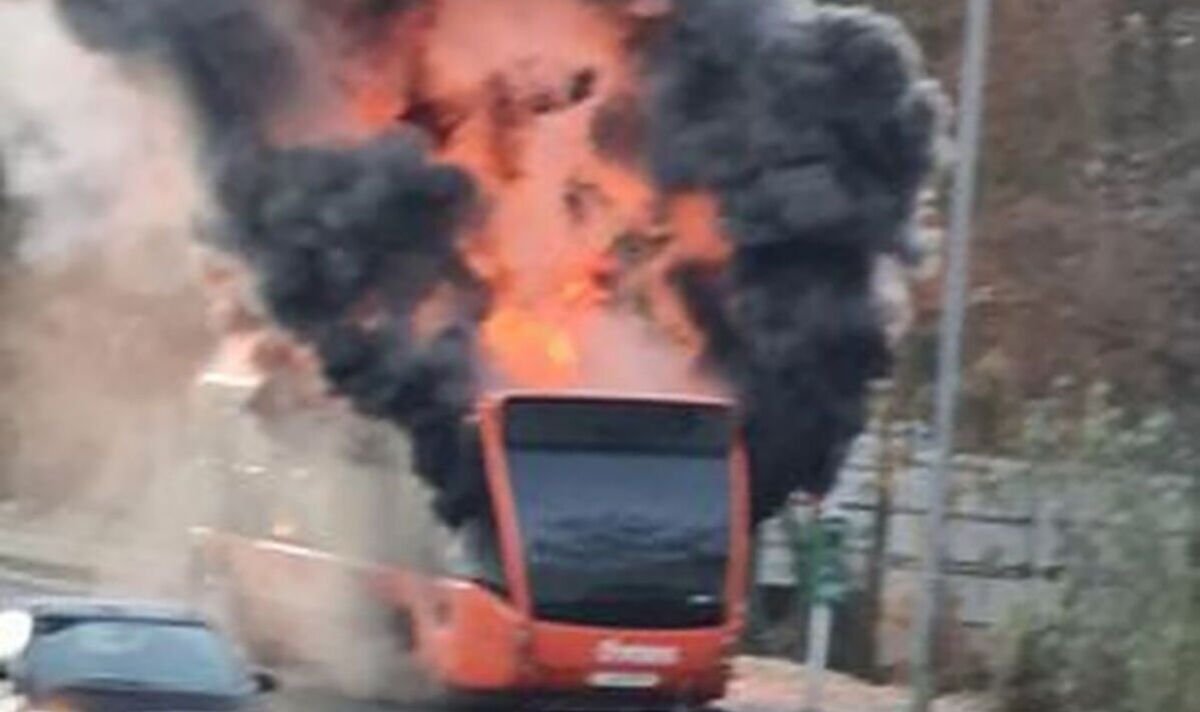 Pictures show flames and thick plumes of smoke billowing from the bus, operated by trentbarton, near Annesley, Nottinghamshire today.

Shania Armstrong, who was on the bus when the fire started, said: “There were three adults, two teens and two toddlers.

“The time was 8.03am when the smoke started. It was 8.12am when the flames started. Everyone who is on the bus is fine.”

The witness shared with Nottinghamshire Live the shocking video of the extent of the blaze.

The bus operator says the cause of the fire will now be investigated.

Another passenger, Charlotte Tarr, praised the fast actions of the driver.

The mother said: “It (the bus) started smoking so everyone was removed and moved away. No one was hurt due to the fast action of the driver.

“My son and another are being taken home by police.”

A trentbarton spokesperson said: “One of our threes buses, unfortunately, caught fire. A smell of smoke was reported, and our driver safely moved all the customers off the bus and away to a safe distance before the fire became established.

“The cause of the fire will be investigated and we apologise to the customers whose journeys were interrupted.”

It is thought traffic was not significantly affected by the fire. It happened just off the A608, which connects the Annesley area with the Underwood and Eastwood neighbourhoods of Nottinghamshire in the west.

Please check back regularly for updates on this developing story. Get email updates on the day’s biggest stories straight to your inbox by signing up for our newsletters.

Get all the big headlines, pictures, analysis, opinion and video on the stories that matter to you by following us every time you see our name.