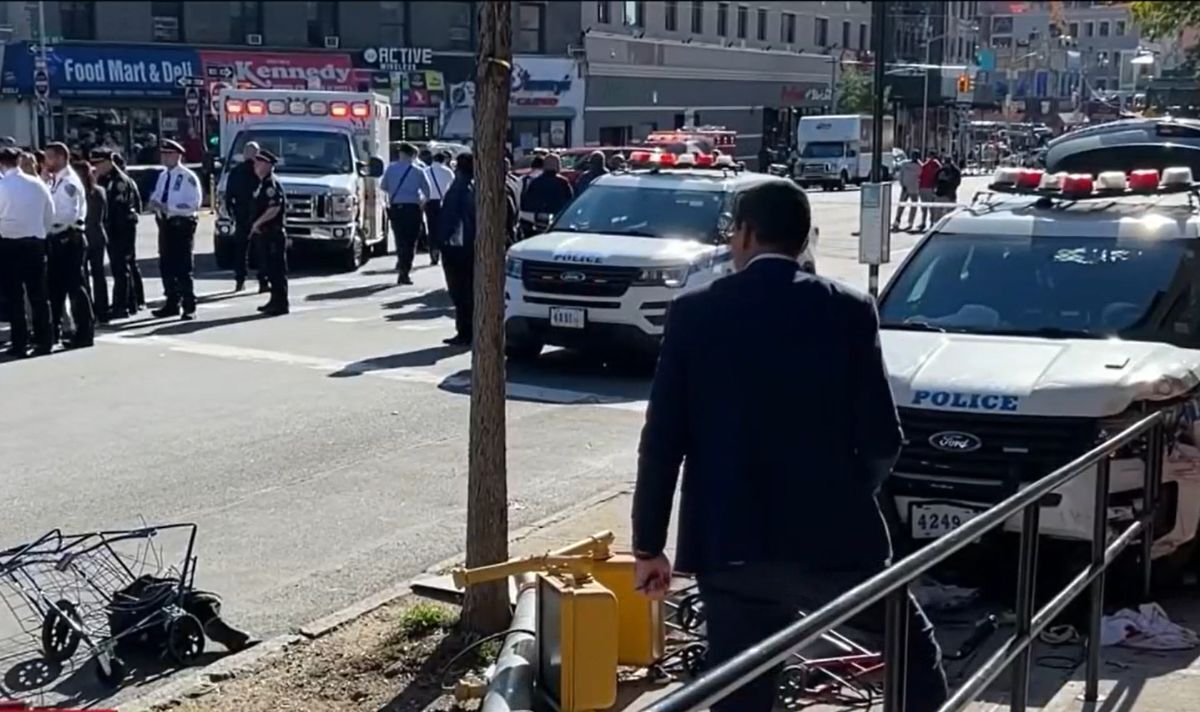 A New York Police Department SUV has injured ten people, five seriously, after it inadvertently collided with a crowd in the Bronx on Thursday afternoon. Officials reported that the car was responding to a suspected car theft at around 3pm when it was cut off in traffic and clipped another vehicle at the intersection of Hoe Avenue and Westchester Avenue in the Longwood section.

The driver then swerved and inadvertently ploughed into the pedestrians.

A total of 10 people were confirmed injured, including five seriously and two children.

Two police officers were also among those affected.

Fire officials said the police officers were not badly hurt, although the condition of the children remains unknown.

At a press conference NYPD Chief Jeffrey Maddrey said that the police vehicle’s lights and sirens were on at the time of the crash.

Four of those injured were said to be in a critical condition.

A spokesperson from the Fire Department of New York said that eight civilians from the scene were taken to the Lincoln Hospital and Jacobi Medical Center.

“Then it [the police vehicle] hit a lady with a walker and it took down a guy coming out of the building. There was another lady walking on the sidewalk also hit.

“The lady with the baby was down and they were doing chest compressions.

“The old guy was trying to get up but he was covered in blood.”