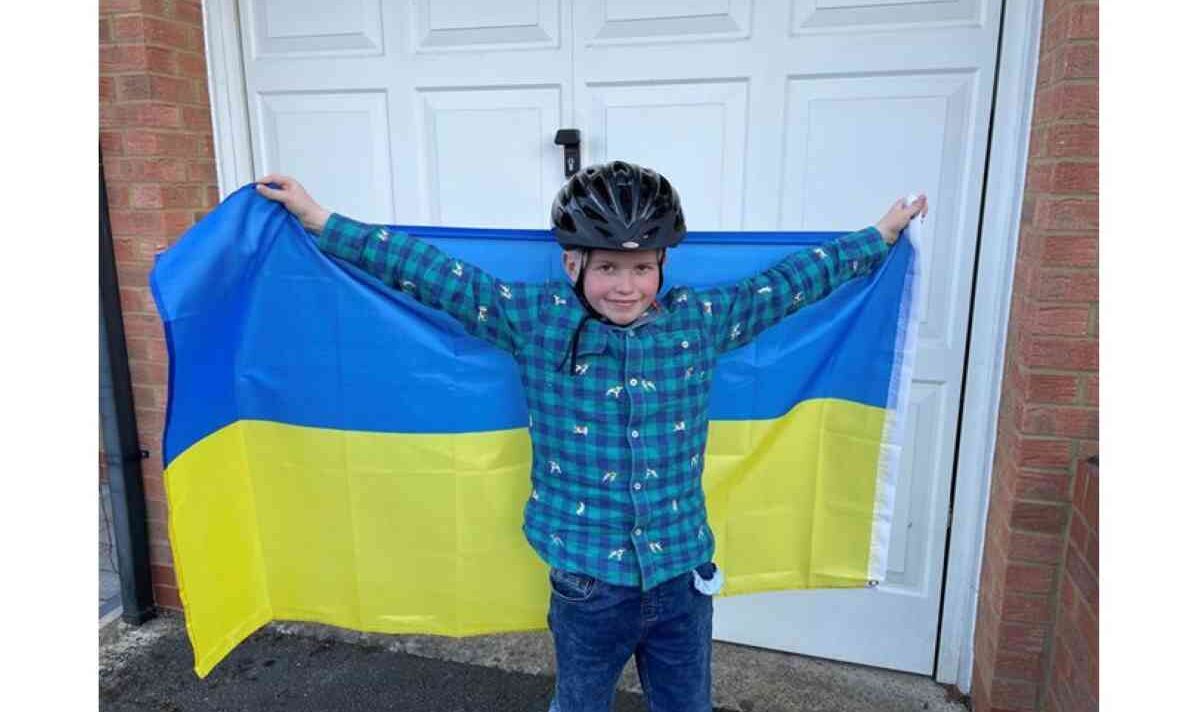 Oscar Hutchings’ fundraising cycle lasted for two hours and covered a distance of 24km when circling Richmond Park in London twice on April 3. Oscar said: “It was very, very fun and a bit challenging but I had my dad and my dad’s friend Yaroslav riding with me. Yaroslav is from Ukraine and his family were there at the start of the war.

“My mum was cheering me on the whole way and made me a special T-shirt for my ride.”

Oscar heard about the war in Ukraine and decided to donate everything he could to the crisis appeal including his favourite trainers.

Speaking to the Northampton Chronicle and Echo, Oscar’s “proud” mother Heather Willey said: “The first thing he wanted to do was have a massive flag outside of the house to show his support for Ukraine.

“I convinced him to put it in his bedroom window.

According to his mother, bike riding is something he has been “passionate” about since he was little.

The family describe Oscar as loving to go bike-riding with his dad.

His father lives in London, so he chose to cycle the perimeter of Richmond Park with his father and his father’s friend Yaroslav.

Oscar was initially going to complete one lap of the park but ended up completing two laps.

All the money raised by Oscar will go towards the Doctors Without Borders (MSF) charity, which provides emergency medical care to people affected by conflict and disasters.

When asked by Express.co.uk why Oscar chose this particular charity, he said: “Because the doctors need lots of equipment to help the people who have been hurt in the war.

“It’s very sad to see lots of families being hurt and injured.”

Oscar added: “I feel very happy and it’s the correct thing to do helping other people. It was a team effort and I’m grateful to everyone who donated.”

For more information or to make a donation to Oscar’s fundraiser, visit Oscar’s Ride for Peace in Ukraine.