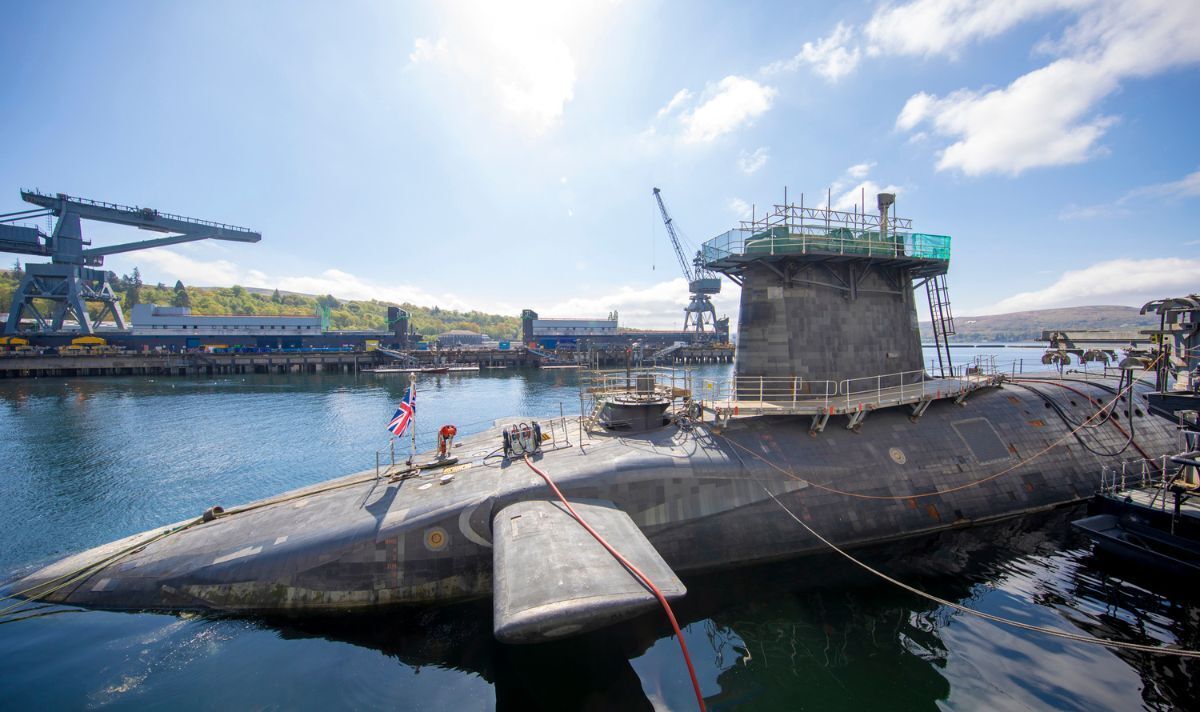 The news emerged on Friday that the UK and Belgium are currently in dispute as the latter has blocked the exportation of nuclear arms technology to Britain, despite the fact that both countries are NATO allies. As a consequence of Brexit, export licences are now required but this has been blocked by the Deputy Prime Minister and member of the Green Party Ecolo, Georges Gilkinet, because of opposition to nuclear weapons and the arms industry, the Times has reported. There are now fears growing that the disagreement will weaken Western alliances at an already difficult time in Europe as the war in Ukraine rages on. Express.co.uk takes a closer look at the nuclear weapons Britain has at its disposal.

The UK is one of the five nuclear weapon states under the Nuclear Nonproliferation Treaty (NPT). This international treaty was signed in the summer of 1968 in a bid to spread a cooperative and peaceful approach to the use of nuclear energy.

Britain currently has the Trident nuclear weapons programme, initiated during the Cold War in 1980.

It is made up of four Vanguard-class nuclear submarines, in service with the Royal Navy, which each carry up to eight missiles and 40 warheads on board each vessel.

The submarines are based at the Clyde Naval base in Faslane, on the west coast of Scotland. However, one submarine is constantly on patrol in order to provide a “continuous at-sea deterrent”.

The Trident II D-5 ballistic missiles, built in California, if used, are launched from a submarine and have a range of 7,000 miles with the destructive force of eight Hiroshimas, one of which killed up to 135,000 people in 1945.

The UK is currently the only nuclear weapon state of the five that has a single deterrent system. Following the 2021 Integrated Review, the Government announced it would be increasing its stockpile to 260 warheads at most, an increase of 40 percent as former Prime Minister Boris Johnson scrapped the previous limit of 180.

The Government said at the time: “Some states are now significantly increasing and diversifying their nuclear arsenals. The increase in global competition, challenges to the international order, and proliferation of potentially disruptive technologies, all pose a threat to strategic stability.”

However, the move came under fire from peace campaigners with Mary Robinson, chair of The Elders group which is made up of former global policymakers, telling Reuters: “While the UK cites increased security threats as justification for this move, the appropriate response to these challenges should be to work multilaterally to strengthen international arms control agreements and to reduce — not increase — the number of nuclear weapons in existence.”

According to the British government’s website, the UK has far fewer nuclear weapons in its arsenal compared to that being deployed or in development in America or Russia in particular, which has the highest amount in the world at 6,257. However, only 1,458 are currently active.

This was a deliberate move by the UK and fellow NATO countries which have sought to reduce their weaponry, instead maintaining a “modest” few since the Cold War ended in 1991.

Instead, the UK amount is more similar to that had by America and France as Britain’s neighbouring country also has submarine-launched ballistic missiles (SLBMs) but, unlike the UK, the French have air-launched supersonic cruise missiles, too.

The other state recognised by the Non-Proliferation of Nuclear Weapons is China, which has an estimated 350 warheads.

In September, Vladimir Putin hinted at the use of nuclear weapons in an address when he said Moscow had “various weapons of destruction” and was “not bluffing” about their potential use in the future.

Dr Simon Anglim, a military historian at King’s College London, said last month that the UK is “altered” to a potential nuclear strike and that Britain has been “wargaming” responses should Putin take that step.

The director of GCHQ, Sir Jeremy Fleming, told a security conference in October: “Russia is the only nation talking about using nuclear weapons and I have to say that it is extremely dangerous to do so. I would like to think that with our allies that we would have a good chance of spotting it but of course, there are never any guarantees in this space.”

Russia has however denied that it was moving nuclear missiles closer toward the border it shares with Ukraine and instead accused the West of stoking nuclear tensions.