Skip to content
HomeNewsBrexit Britain praised by ex-CIA boss for taking on Putin ‘Ahead of US!’ 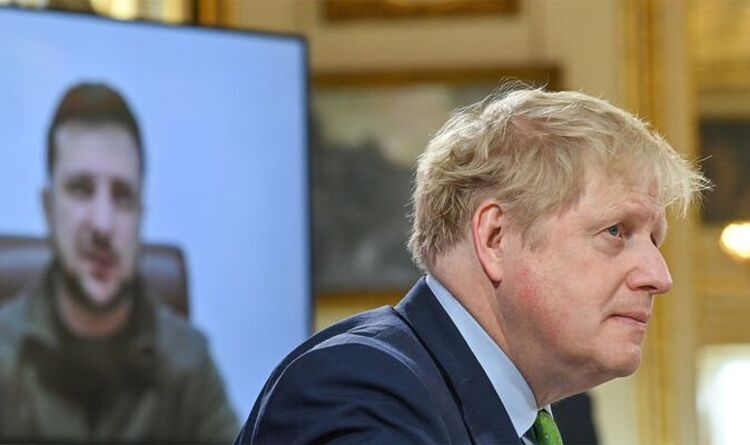 Since Vladimir Putin ordered his “special military operation” against Ukraine on February 24, most countries have assisted Volodymyr Zelenksy with weapons and funds. However, the UK has acted swiftly to support Kyiv against Moscow, with a former US official praising Britain for its actions.

David Petraeus, former CIA director and a four-star general who led US military campaigns in Iraq and Afghanistan, was asked about how China views the Ukraine invasion.

He said: “(China) have looked in depth at the Soviet Union’s collapse. How did it happen? And what are the lessons for the Chinese system?

“I tend to think that what has transpired since the invasion of Ukraine is a cautionary tale to those observing it.

“The speed and the quantity and impact of sanctions have been very substantial. And then there’s the fact that the United States has been shown to be a dependable partner.

“Actually, not just a dependable partner, but a leader of the western world.”

In his interview with the Spectator hosted by historian Niall Ferguson, Mr Petraeus then praised the UK for its response to Russia’s invasion of Ukraine.

He said: “I want to give a little shout-out to ‘global Britain’, by the way, because the UK was the first to get the anti-tank guided missiles on the ground three days ahead of us.

“Britain has been a walking point for the alliance, and it shows the agility that it can exercise.”

Mr Zelenksy has previously praised the UK’s assistance to Ukraine amid Russia’s invasion, and met with Boris Johnson in secret last week.

Downing Street said the Prime Minister was in Kyiv to “demonstrate the UK’s steadfast solidarity with Ukraine” and to discuss military and economic support with Mr Zelensky.

They added: “He reiterated that the UK will do everything in its power to support Ukraine’s brave fight against Russia’s brutal and unprovoked invasion and ensure its long term security and prosperity.”

Downing Street said Britain would also dispatch a new anti-ship missile systems to support the country against the Russian invasion.

It comes after Ukrainian President Volodymyr Zelensky warned Russia will either seek peace, or be forced to “leave the international arena forever”.

In his nightly address on Wednesday, the President hailed “fruitful” negotiations with the leaders of Poland, Lithuania, Latvia and Estonia, who visited Kyiv.

He expressed “sincere gratitude” to the US after talks with President Joe Biden, who has approved $800 million in military assistance for Ukraine, including artillery and helicopters, to bolster its defences against a Russian offensive in the country’s east.

However, speaking to the BBC in Kyiv, Mr Zelensky said the West must give Ukraine weapons “sooner and faster”.

While the Ukrainian President said relations with Mr Johnson and Mr Biden were formal, he said: “They are trying to help and are helping. But we need it sooner, sooner and faster.”

Mr Zelensky then raged against European countries continuing to pay for Russian oil.

The buyers were “earning their money off other people’s blood”, he said.