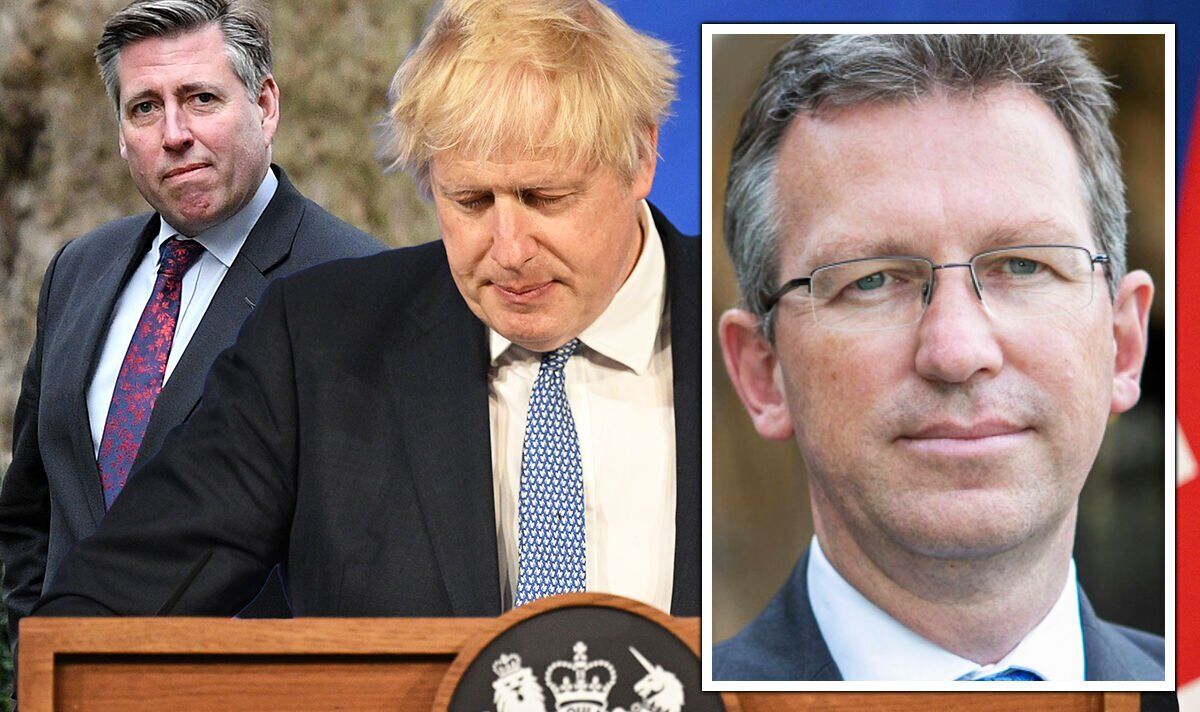 Conservative MPs are angry still about the allegations of parties in Downing Street, known as Partygate.

But more are furious about what they believe is a loss of direction in policies by the Government with fury over tax rises on National Insurance and Corporation Tax and a failure to slash taxes and red tape.

Others believe the Prime Minister has not done enough to take on the woke agenda and Express.co.uk understands that he is also facing two major rebellions – one on “nanny state” reforms on betting and the other on grammar schools.

The 1922 committee represents Conservative MPs and 15 percent of the Parliamentary party, or 54 letters, need to be handed to Sir Graham to trigger a vote for a new leader.

One MP told Express.co.uk: “Some colleagues believe that the requisite number of letters has been reached and Graham [Brady] will announce it on Monday evening when we are back from recess.

“He has to give the Prime Minister 10 hours previously.”

Another MP said: “If we have enough letters then it is likely there will be a vote on Wednesday.”

One MP noted: “The Prime Minister must be feeling nervous. It is not usual for the whips to call so early in a week of recess to check how things are going.”

Another added: “For all those who have publicly declared there are many others who are just as disgusted but will hand in their letters privately without fanfare.”

It is understood that even if he has enough letters now, Sir Graham will not take action while MPs are away so will wait until next week.

One Tory MP suggested: “There’s not much love lost between Graham and the PM, so Graham may want to make him stew this week.”

MPs are concerned also how Partygate has hit the Tories in the polls with the weekly Techne UK/ Express.co.uk tracker poll giving Labour a seven point lead. This opens the door to a Labour/ Lib Dem Rejiner alliance to take the UK back into the EU, many Conservatives believe.

In his explanation, Mr Wright said: “I cannot be sure from the evidence I have seen that the Prime Minister lied to Parliament. When it comes to the charge of knowingly misleading the House of Commons, scepticism or suspicion cannot be enough. Natural justice, to which we are all entitled, requires that it must be demonstrated by the evidence that the Prime Minister did knowingly mislead, not that he is assumed to have done so unless he can prove otherwise.”

However, he went on: “I have set out why I cannot be sure that the Prime Minister knowingly misled the House of Commons, but in my view there is clear evidence he has been negligent. I believe he could and should have done more to satisfy himself that the assurances he had been given, and that he was in turn giving Parliament, were indeed correct.”

He added: “Accountability and restoring faith in good Government require something more, both to safeguard future public compliance with Government instructions when it counts, and to allow the present Government to deliver the important legislation it has introduced, including vital changes to social care funding, energy security and online regulation.