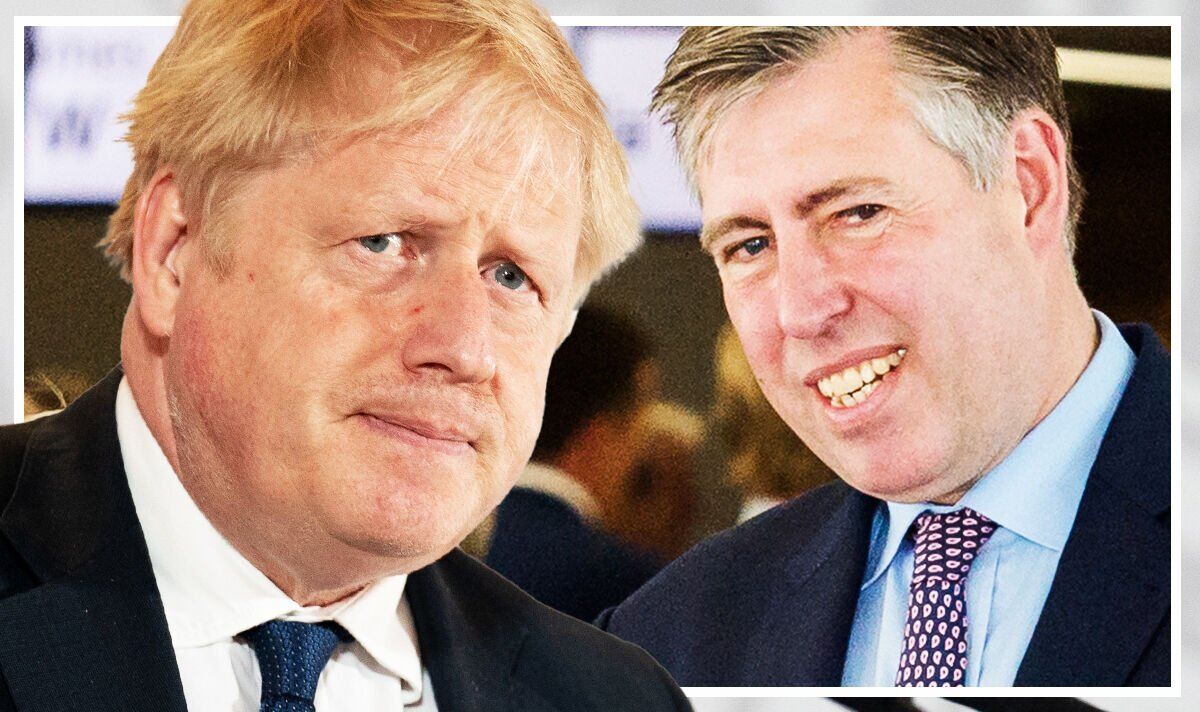 The senior MP has asked to remain anonymous, but the revelation has come as Tory MPs have made it clear that it is “a lack of Conservative policies” which are driving the current rebellion and calls for a vote of confidence more than the illegal parties in Downing Street.

Like many colleagues the MP has calculated that their seat will be lost without a change of leader after several polls revealed the Conservatives falling far behind Labour.

In the weekly Techne UK/ Express tracker poll Labour was seven points ahead of the Conservatives, the most since the outbreak of the Ukraine war in February.

Even if he survives a vote of confidence, a backlash against “nanny state policies” means he will be facing a major rebellion on attempts to reform gambling in the next two weeks.

Letters are submitted to Sir Graham Brady, chairman of the 1922 Committee which represents Tory MPs.

If 15 percent of the total number of Conservative MPs is reached, 53, then there is a vote of confidence.

If Mr Johnson wins he is safe for a year if he loses then there is a leadership contest.

So far 30 MPs have publicly declared they have handed in letters but many others have done it privately.

The news that a former ally who helped propel him to Downing Street in 2019 has abandoned him is a sign that Mr Johnson is now losing support from even those closest to him.

The only Brexit Spartan to publicly call for him to go is North West Leicestershire MP Andrew Bridgen.

As well as a rebellion on forcing bookmakers to take the financial details of people wanting to make a bet, Mr Johnson is also facing a major push to end the ban on new grammar schools opening to appease his MPs particularly in the Red Wall.

There is still rage over the National Insurance rise and the planned hike in Corporation Tax when Tory MPs are begging Mr Johnson and his Chancellor Rishi Sunak to free up economic growth with major tax cuts.

A briefing seen by Express.co.uk on the gambling reforms has underlined the depth of anger felt by many Conservative MPs.

While the news has been dominated by Partygate, many Conservative MPs are focused on “substance,” wanting to see less over-regulation by the government.

The briefing from a senior party source said: “The real test, quite simply, is whether Number 10 is going to continue focusing on ways to control people’s freedoms.”

The Gambling Act Review, due in June, looks set to curtail gamblers, with reports of affordability checks on punters, as well as limits on spend.

One member of the 2019 intake said: “We hear time and time again that this government is focused on being more conservative. The proof, as ever, is in the pudding.

“Gambling legislation, as a topic, appeals to a very small number of colleagues. However, it will take on a greater importance if it is used as a tool to give the government more power over people’s freedoms.’”

It was reported last year that checks will be carried out on punters, who may be forced to hand over to a government body, highly personal information on affordability, including pay checks.

The news infuriated campaigners, who argued the move would not only be an overreach by Downing Street, but subject to leaks and security threats from foreign actors.

One source said: “Let people decide how to live their lives, that is meant to be the conservative way. We cannot have a body, an arm of the state, armed with a database of people’s financial information. It will be hacked, it will be leaked, it will be compromised.”

Writing for Express.co.uk on the issue previously, Andrew Bridegen, called for “conservative thinking,” to prevail.

Mr Bridgen said: “If it is ok for the state to have my spending details to keep me ‘safe’ from gambling, why can’t every Government agency see the same information? Why not, if it’s keeping me ‘safe?’

“If we give in to this issue, we might as well except we live in a time where we have severely limited freedoms. Not something I think readers of the Express will agree with.

“What’s worse is, gambling is done by relatively few people. For the majority it is a harmless pastime, a good bit of fun, and enjoyable.

“Somewhere in the region of 98 percent of gamblers do so ‘safely,’ – so why are we giving up our liberty, yet again, so freely to the state?”