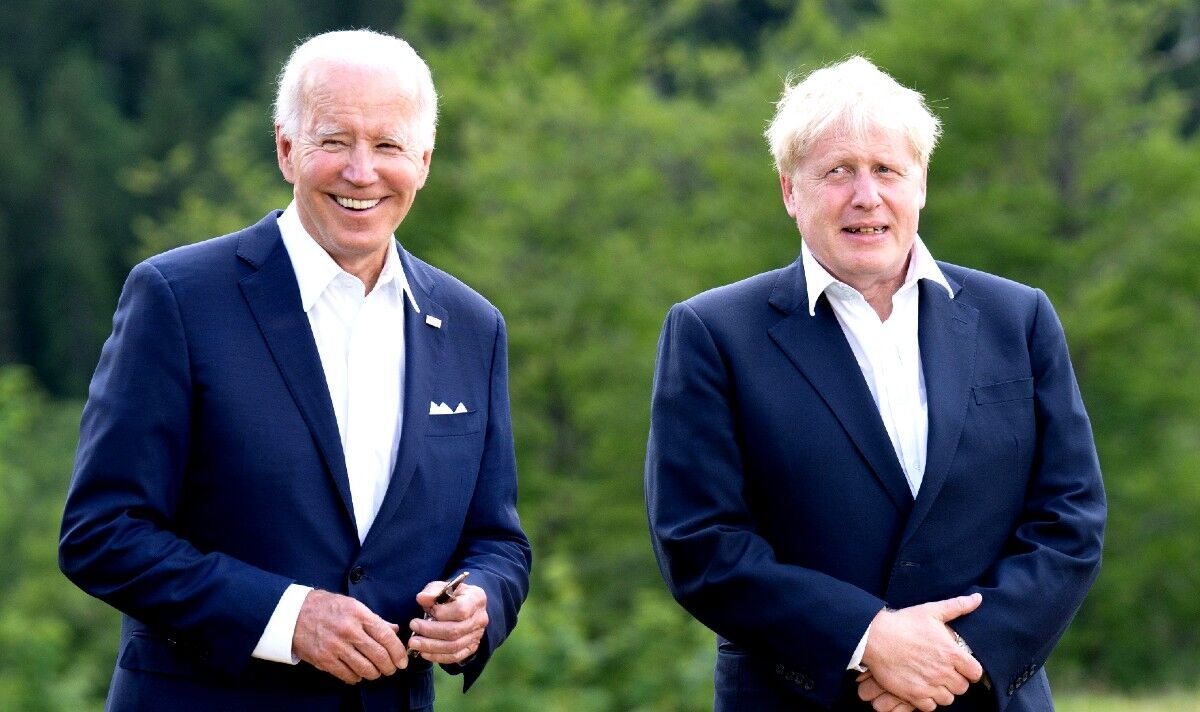 The US President announced the plan to ban imports of Russian gold during the G7 Summit in Germany. Writing on Twitter, Mr Biden said: “Together, the G7 will announce that we will ban the import of Russian gold, a major export that rakes in tens of billions of dollars for Russia.”

While the UK has agreed to the ban, saying it will “strike at the heart of Putin‘s war machine”, it may find it difficult to implement.

The importance of gold exports has only increased since Russia’s invasion of Ukraine, as oligarchs rushed to buy bullion in order to avoid sanctions.

But responding to Mr Biden’s pledge to ban hold, Mr Johnson said: “The measures we have announced today will directly hit Russian oligarchs and strike at the heart of Putin’s war machine.

The EU, however, was cautious about agreeing to the new measures.

The ban was announced as G7 leaders met in the German Alps for a three-day G7 Summit.

Western allies have so far imposed six rounds of crippling sanctions on Russia, in response to its invasion of Ukraine.

The UK has so far sanctioned more than 1,000 individuals and more than 100 entities, the Government said.

Meanwhile, as a result of the latest ban on gold, import restrictions in the UK now apply to more than £13.5 billion worth of Russian exports.