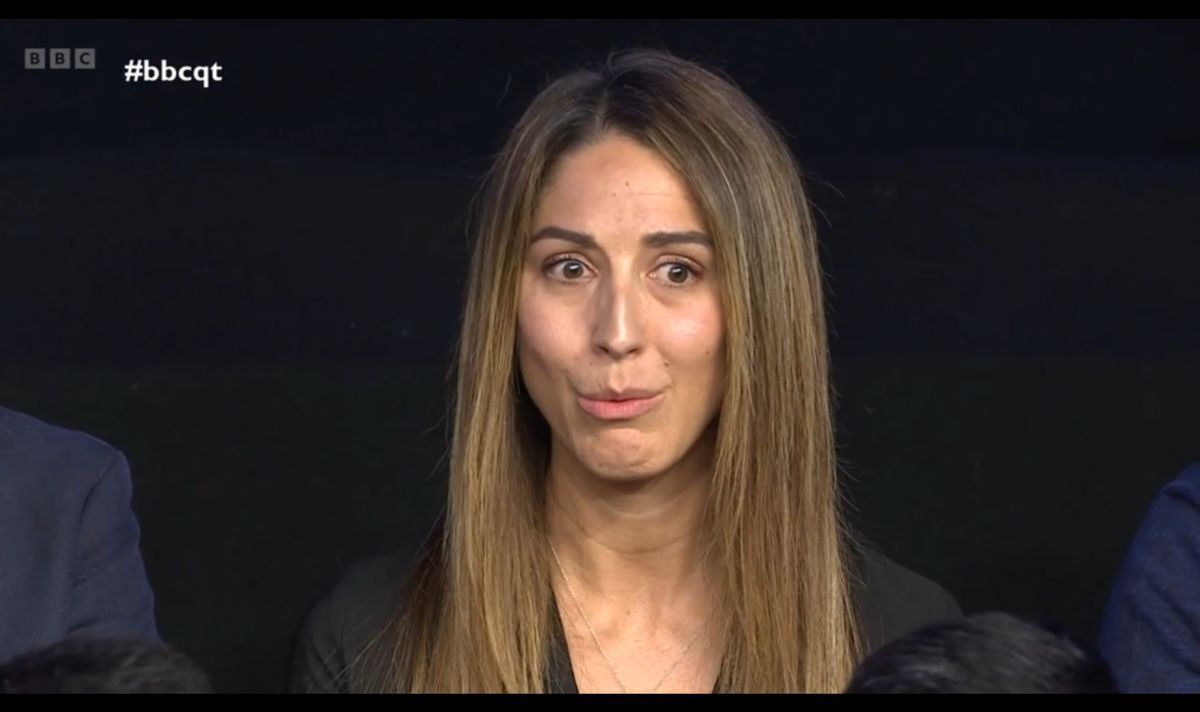 BBC Question time was hosted by Fiona Bruce from Walsall.

The audience member in question asked the panel the first question of the night: “Families are truly struggling with the cost of living.

“We are being told this week to consider buying value products and to contain and manage our household budget.

“Are our politicians from all parties patronising, clueless or inhumane?”

Host Fiona Bruce confirmed she was referring to comments made by Mr Eustice on Sky News, where he said that families struggling should try to buy “some sort of value brands rather than own-branded products, that they can actually contain and manage their household budget”.

“Everyone’s counting on every single pound, I would be interested to see how much savings these MPs have in their bank accounts and how they divide all their savings.

“I’m not telling them what to buy or what to purchase, you know I just think it’s a bit rude.

“The Government is trying to support people as much as possible, it’s spending £22billion on various support measures.”

He admitted that tough times lie ahead for many Brits, adding that these measures are “never enough” as “10 percent inflation is going to be very difficult”.

He concluded: “The light I think is the way we’ve come out of the pandemic where people were predicting that we would have 10 percent unemployment and in fact unemployment’s less than four percent.”