Skip to content
HomeNews‘Basic salary of what!?’ Astonishing wage of P&O boss behind mass sacking 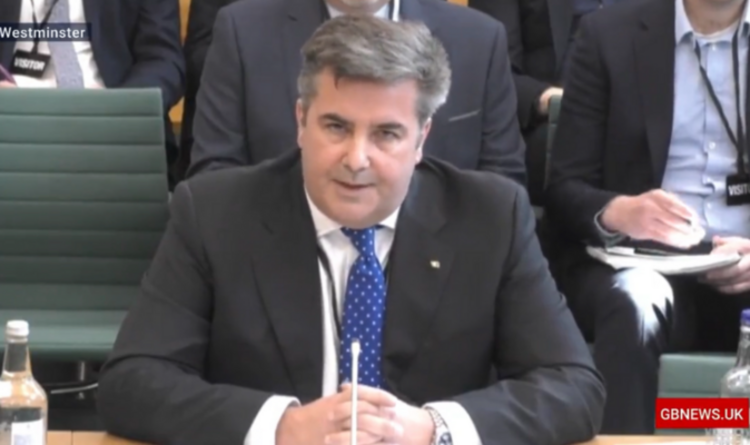 Mr Hebblethwaite faced a barrage of highly anticipated questions during the committee meeting. The P&O CEO revealed earning nearly 300k a month, which does not include performance-related bonuses, which he admitted to having access to two of. Mr Hebblethwate described the bonuses as a short time incentive plan and a long-term incentive plan. The P&O CEO tried to dodge questions to the best of his ability, stating that he was just trying to save his business and trying to get 800 seafarers new jobs.

A member of the Transport Committee asked: “What’s your salary, Mr Hebblethwaite?”

The MP added: “Do you have access to a performance-related bonus?”

The MP added: “Have you decreased the value of P&O Ferries by your actions?”

Mr Hebblethwaite said: “I think that P&O was otherwise going to close, and didn’t have a future.”

The MP said: “So if you’re employers are, might I suggest mad enough to offer you a performance-related bonus, will you accept it, or reject it?”

Mr Hebblethwaite said: “I can’t tell you how far that is from my point.”

Due to the shock mass sacking which took place last week via a Zoom call, ex-workers of P&O and those supporting their cause took to the port of Hull to protest.

Ms Rayner said: “The Government could have done something about this some time ago and chose not to.”

“We’ve got a Government that thinks getting rid of hard-working staff and employing agency workers on temporary contracts at £1.80 an hour is acceptable.

“Now it’s worse than the Victoria era. Well, we say no. Again today the Labour Party has given the Government an opportunity to say what they mean and mean what they say and do something right for a change and look after the workers of this country.

“I know comrades, you’re going to win this fight.”