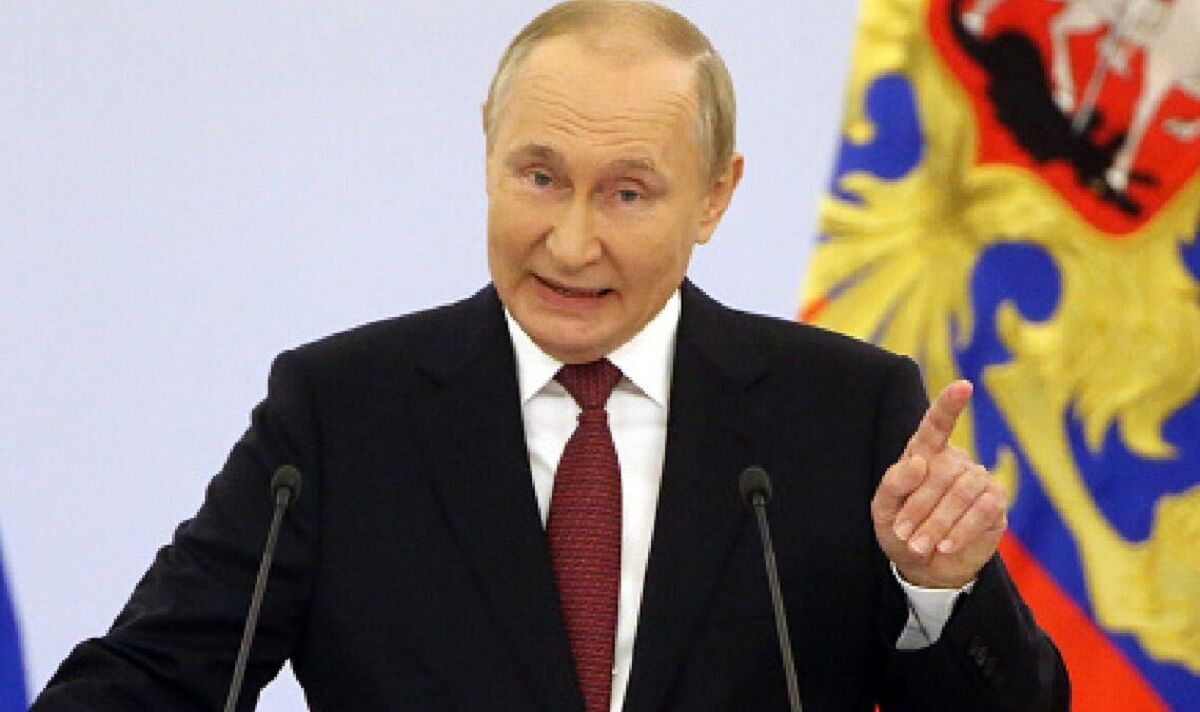 An investigation is underway into explosions last month that ruptured the Russian-built Nord Stream 1 and Nord Stream 2 pipelines on the bed of the Baltic Sea. Putin said it was possible to repair the pipelines and that Russia and Europe should decide their fate.

“We could move the lost volumes from the Nord Streams along the bottom of the Baltic Sea to the Black Sea region and thus make the main routes for the supply of our fuel, our natural gas to Europe through Turkey, creating the largest gas hub for Europe in Turkey,” he told an energy conference in Moscow.

“That is, of course, if our partners are interested in this. And economic feasibility, of course.”

The problem is that European Union countries are trying to end their reliance on Russian oil and gas after Putin sent troops into Ukraine as part of what he calls a special military operation.

Turkish Energy Minister Fatih Donmez, speaking at the same conference in Moscow, said the idea was new to him but should be discussed.

“It is the first time we’ve heard this. Thus it is early to make an assessment,” Mr Donmez said. “These are things that need to be discussed.”

Gazprom CEO Alexei Miller praised the Turkstream pipeline across Black Sea, noting it was much deeper than Nord Stream.

“As for the hub, there is no doubt that we can consider the issue of a trading platform on the border of the European Union and Turkey,” Mr Miller said.

Putin also said Russian gas could still be supplied to Europe through the one part of the Nord Stream 2 pipeline that is intact, but that would depend on the EU.

“It is possible to repair gas pipelines running along the bottom of the Baltic Sea, but this will only make sense if they are further economically justified,” he said, adding that the security of the pipeline would have to be ensured.

“And there is one branch of the Nord Stream 2, apparently that survived,” Putin said. “Russia is ready to start such deliveries. The ball, as they say, is in the court of the European Union.”

Europe suspects an act of sabotage that Moscow quickly sought to pin on the West, suggesting the United States stood to gain.

Apart from being the world’s biggest natural gas exporter, Russia is the second largest oil exporter after Saudi Arabia and a member of the OPEC+ producer group that last week decided to cut output.

Putin said Russia planned to hold oil production and exports at current levels until 2025 and that Moscow would not cede its leading position in the global energy market despite Western sanctions.

“We hope that these decisions will suit both oil producers and consumers,” Putin said. “The coordination of the actions of OPEC+ partners will definitely continue to ensure the stability and predictability of the market.”