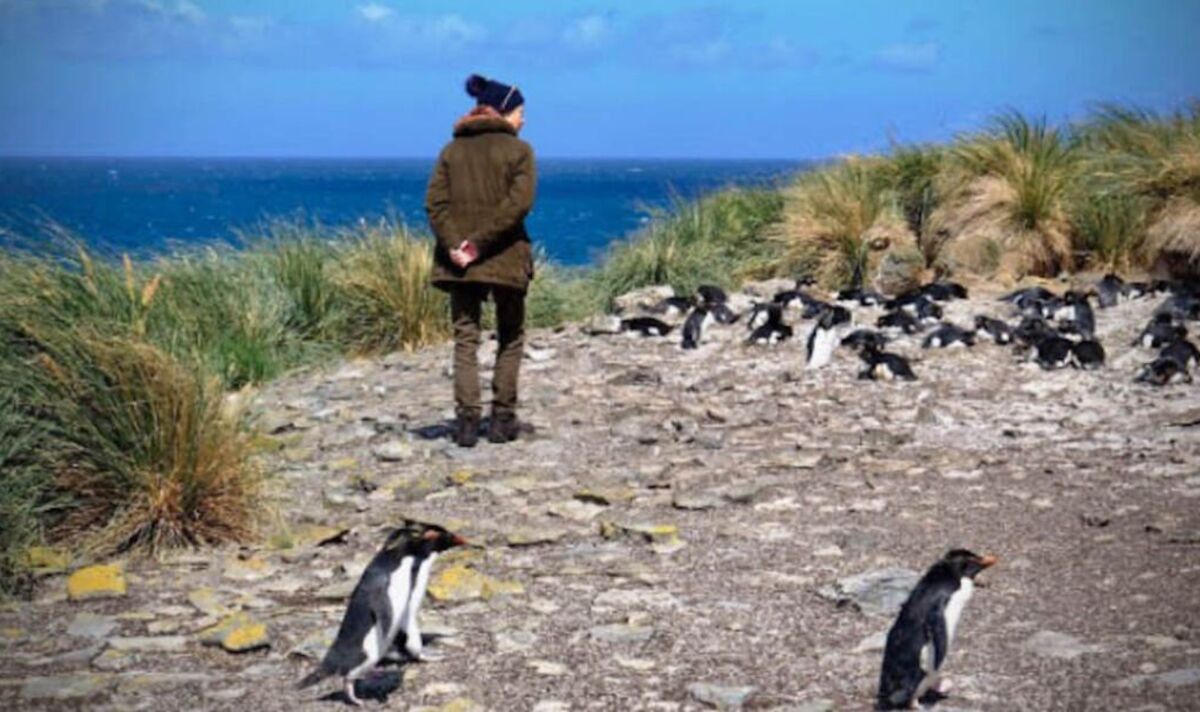 The Princess Royal appeared pensive in one of the pictures taken during her official visit to the Falkland Islands and released on Friday by the Foreign Commonwealth and Development Office (FCDO). With a camera hanging from her neck, Princess Anne looks ahead of her, in the direction of the ocean, while a seal lies in front of her.

The no-nonsense royal dressed for the weather, wrapped up in a warm brown coat, matching casual trousers and trekking shoes. She also donned a cap and sunglasses.

The Princess was also caught on camera looking curiously at some of the famous Falkland Islands’ penguins.

Standing on a rocky terrain, the 72-year-old pulled up her sunglasses on her hat as she looked at a group of penguins with her hands locked behind her back.

A third snap released by the FCDO showed Anne following with her hands behind her back her husband and former Navy officer Sir Timothy Laurence.

The pair appeared to have walked to the coast and be nearing the ocean.

One last picture shared by the Government’s body showed members of the British Armed Forces on a walk with Anne and Sir Timothy.

Princess Anne undertook this visit packed with engagements at the request of the Government.

The six-day tour began with the late Queen’s only daughter and her husband being welcomed to the overseas territory by the Governor of Falkland Islands, Alison Blake.

Following a meeting with members of the Legislative Assembly, the royal marked the 40th anniversary of the war on the Falklands by laying a wreath at the 1982 Liberation Memorial in Port Stanley.

Among other engagements, Anne visited the Falklands Islands and MOD Demining teams to receive a brief on how the archipelago was successfully demined following 1982.

She later visited the Magellanic Penguin colony under the care of the Falkland Conservation to see the work that has been possible due to the successful demining.