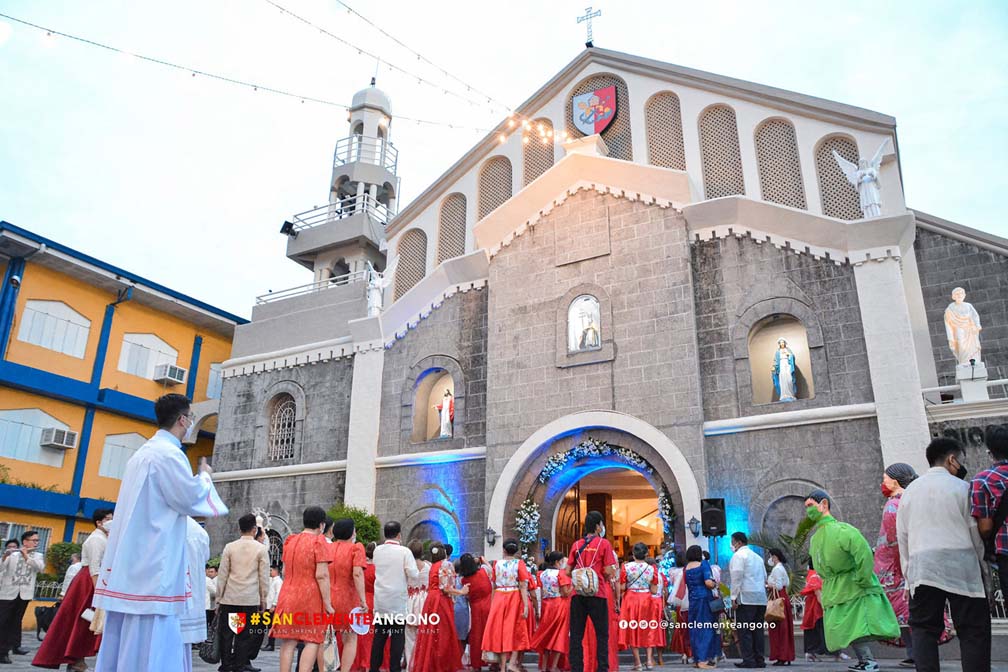 ANGONO, Rizal—The country’s only Catholic parish church dedicated to St. Clement, the pope and martyr, was elevated to the status of diocesan shrine.

Bishop Francisco de Leon led a Mass on May 21 to declare the St. Clement Parish Church in Angono town, Rizal province, as a diocesan shrine.

The decree was signed on August 20, 2021. The declaration was, however, moved to a later date due to the restrictions brought about by the Covid-19 pandemic.

During the Mass, Fr. Peter Ymari Balatbat was also installed as the shrine’s first rector.

Auxiliary Bishop Nolly Buco of Antipolo and the diocese’s clergy were also present during the Mass.

The new heritage markers inside the church stated that the elevation of the shrine was held during the occasion of the 500th year of Christianity of the Philippines and the 270th year of the erection of the Spanish-era chaplaincy of the Angono hacienda in 1751.

As part of the celebration, the parish also unveiled a life-size statue of St. Clement at Wawa Lakeside Park in Angono’s San Vicente village on May 22.

Known as the “art capital of the Philippines,” Angono also gathers a large following of devotees, especially every November 23 in devotion to St. Clement.

Thousands of devotees flock to Angono, particularly those around the lakeside towns near Laguna de Bay, as thanksgiving for the bounty of the lake and for answered prayers. Kendrick Ivan B. Panganiban/CBCP News