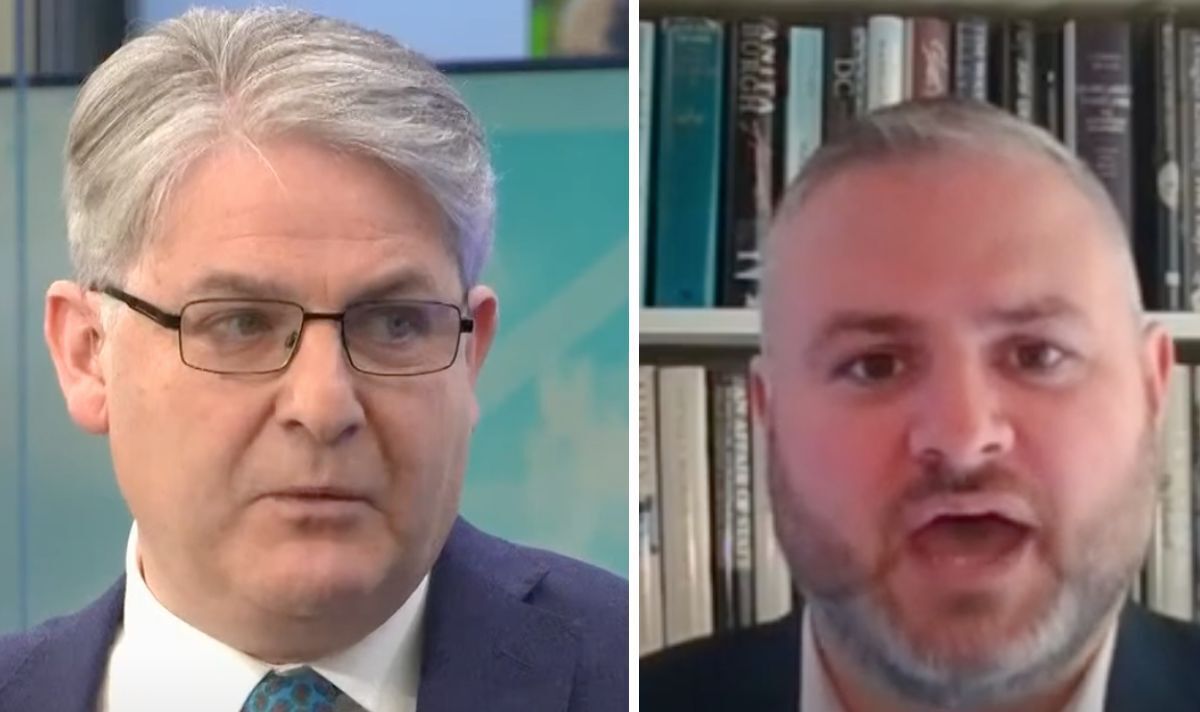 Members of the “Conservatives Abroad” party membership group are entitled to vote under the Tory party rules in the incoming leadership contest between Rishi Sunak and Liz Truss. According to the Conservative party rulebook, anyone signed up as a “Conservative Abroad” do not have to be a registered voter or even a UK citizen.

Mr Stephenson was told GB News: “People who are members of conservative abroad are able to vote in the leadership election. But it says to be a member of Conservatives Abroad. You do not have to be a voter or a UK citizen, but you still are entitled to all the benefits of party membership like say, including a vote in the election of the party leader now.

“Foreign nationals obviously can’t vote in general elections because it wouldn’t be wrong for them to be deciding who the government is and who the Prime Minister of the country is.

“So how can it be right that foreign nationals are allowed to vote in this context when we’re deciding who the Prime Minister is?”

He replied: “So the rules of the conservative leadership elections have always allowed Conservative Abroad members to vote in the same way in the UK, and to put into context there are less than a thousand members of conservatives abroad the three-month rule applies to stop entryism.

“So all these people are long-standing members, and the vast majority are British ex-pats living abroad.”

The two candidates vying to become prime minster were put to the test of party members once again at a Tory hustings in Eastbourne, Sussex, on Friday.

The event, which lasted for almost two hours, started with a bang for Ms Truss, who received the backing of Conservative former minister and vice-chairwoman of the 1922 Committee Nus Ghani.

The MP for Wealden in East Sussex introduced the “fair and honest” Foreign Secretary on stage.

Despite Ms Truss’s opening speech being disrupted by shouting climate activists, who were quickly removed from the studio, the hustings continued business as usual.

The economy and the cost of living were once again central to the debate, particularly given the Bank of England’s stark warning on Thursday that the UK faces an outright recession and 13 percent inflation.

Former chancellor Mr Sunak said that unless inflation gets under control, there is “no hope” the Tories will win the next election, while Ms Truss said the UK must not talk itself into a recession.

A supporter of Tory leadership contender Rishi Sunak has defended the former chancellor’s remarks on working to divert funding from deprived urban areas towards more prosperous towns, saying they were “misunderstood”.

A supporter of Tory leadership contender Rishi Sunak has defended the former chancellor’s remarks on working to divert funding from deprived urban areas towards more prosperous towns, saying they were “misunderstood”.

Conservative former minister Andrew Mitchell, the MP for Sutton Coldfield, told Times Radio: “I think it’s been misunderstood because, first of all, Rishi, when in Government, produced significant sums as Chancellor of the Exchequer to help with the levelling-up agenda and to address funding needs specifically in Red Wall seats in our poorest areas, but also in areas like mine, which are not part of the Red Wall and are not one of the poorest areas in the country.

“Indeed, Sutton Coldfield is one of the most affluent. Now, I’m not saying for a moment that the needs aren’t far greater elsewhere, but we will not be able to rejuvenate our high street infrastructure, the town centre infrastructure, which has suffered so grievously from economic change over the last 10 years.

“We won’t be able to do that without some, admittedly smaller, but some Government taxpayer support and what Rishi was saying, I think, was that he had adapted the rules to ensure that both the Red Wall and the poorer seats can receive the help they need, but also where it’s needed on a wider front, which of course affects the Red Wall seats, such funding can be made available.”