Skip to content
HomeNewsAll 11 Monterey Park mass shooting victims pictured – who were they? 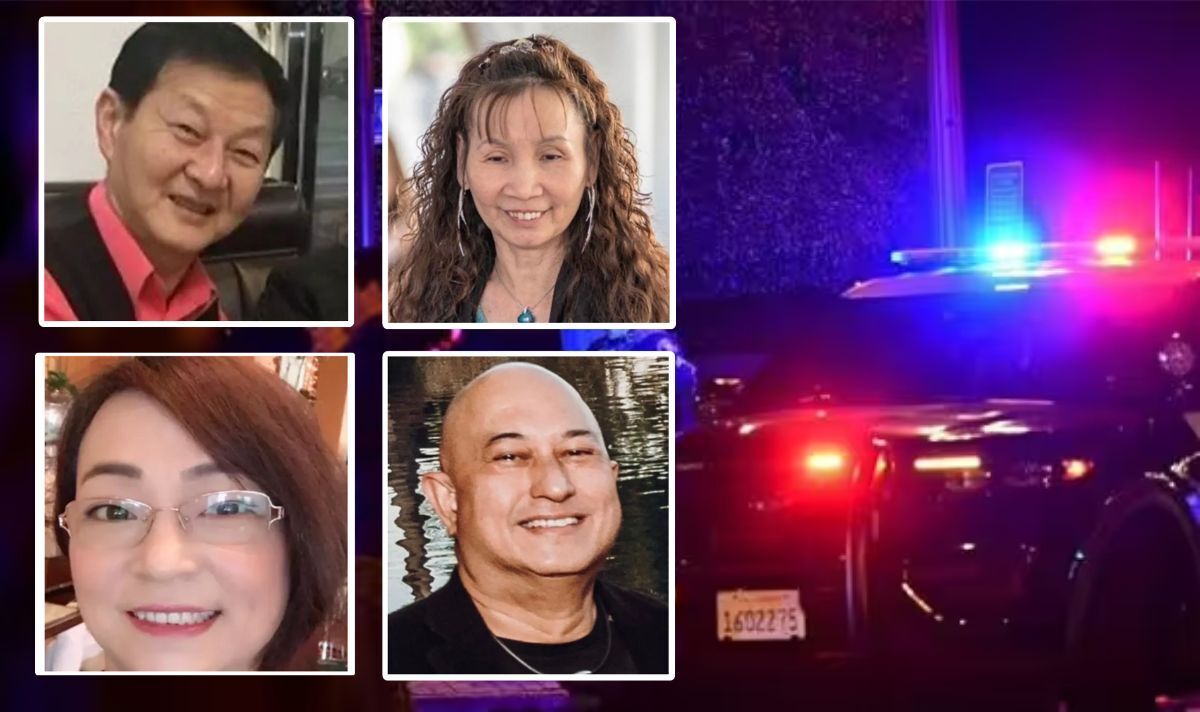 Eleven people were killed and nine others were injured by a gunman who opened fire at a crowded dance studio in Monterey Park, California, on Saturday night. Six women and five men between the ages of 57 and 76 were killed in the massacre. All victims have now been identified. Here are their names and their stories:

The victims were gathered at the Star Ballroom Dance Studio in Monterey Park, California, on Saturday night to welcome in the year of the rabbit at a Lunar New Year celebration, when a gun-wielding man walked in and opened fire on the innocent dancers.

Police confirmed the man, Huu Can Tran, 72, shot and killed 11 people and injured nine more with a semi-automatic assault weapon.

Tran fled the scene and travelled to nearby Alhambra, where he allegedly entered a second dance hall, but was disarmed.

The killer was found dead the following day from a self-inflicted gunshot wound inside a van in Torrance, about 30 miles southwest of Monterey Park, according to police.

All of the victims were aged between 57 and 76, according to authorities.

Affectionately known as “Mr M”, he was a beloved dance instructor at the ballroom and a father of two.

“He was the first to rush the shooter,” Ma’s friend, Eric Chen, told CBS News. “He was just caring.”

Nhan’s family said she was one of the first of tran’s victims.

In a statemnt on Twitter, her family wrote: “She spent so many years going to the dance studio in Monterey Park on weekends. It’s what she loved to do. But unfairly, Saturday was her last dance.”

Alvero was “a loving father, a dedicated son and brother, a grandfather who loved his three granddaughters fiercely, an uncle who loved his nieces and nephews like his own,” his family said in a statement Monday.

He loved ballroom dancing, they added, and enjoyed trading stories with others.

Kao, who also went by Andy, was a “free spirit”, according to his loved ones. During the horrific incident, Koa reportedly saved the life of his dancing partner by shielding her with his body, according to a GoFundMe page set up by the woman and her husband who have been close friends with him for 15 years.

Kao was known as “Mr. Nice” in the dancing community because “he would welcome newcomers with open arms and teach them the basics,” the couple wrote on the fundraising page.

Ms Yu, who the youngest victim of the mass shooting, had moved from China to the US. She was a wife and mother of three, including twins who are attending college in California, her niece said in a GoFundMe page.

“My aunt was in the middle of crafting [a] future with her husband and children, and now to have that journey suddenly interrupted is heartbreaking,” the relative Kathleen Fong wrote. “She will never be able to witness what she dreamed of for all these years.”

Tom was the final fatality in the tragedy and was pronounced dead in hospital following the deadly shooting.

Her family said in a statement thatg she was a “hard-working mother, wife and grandmother who loved to dance.”

Jian, who was known by her friends as Nancy, came to the US from Sichuan province and had a number of hobbies including dancing, singing, playing volleyball, gardening and playing the piano, neighbors told the LA Times.

Serena Liu, her next door neighbour, said: “She’s a very active person. She used to say she can make friends with anyone if she wants. She’s a very nice, cute, kind person.”

Just two days after the tragic Monterey Park shooting, another mass shooting took place in northern California, in Half Moon Bay. Seven people were killed by Chunli Zhao, 66, who police identified as the suspect.