Skip to content
HomeNewsAbs fab: the midriff is back as baby tees send us on a trip to the 90s 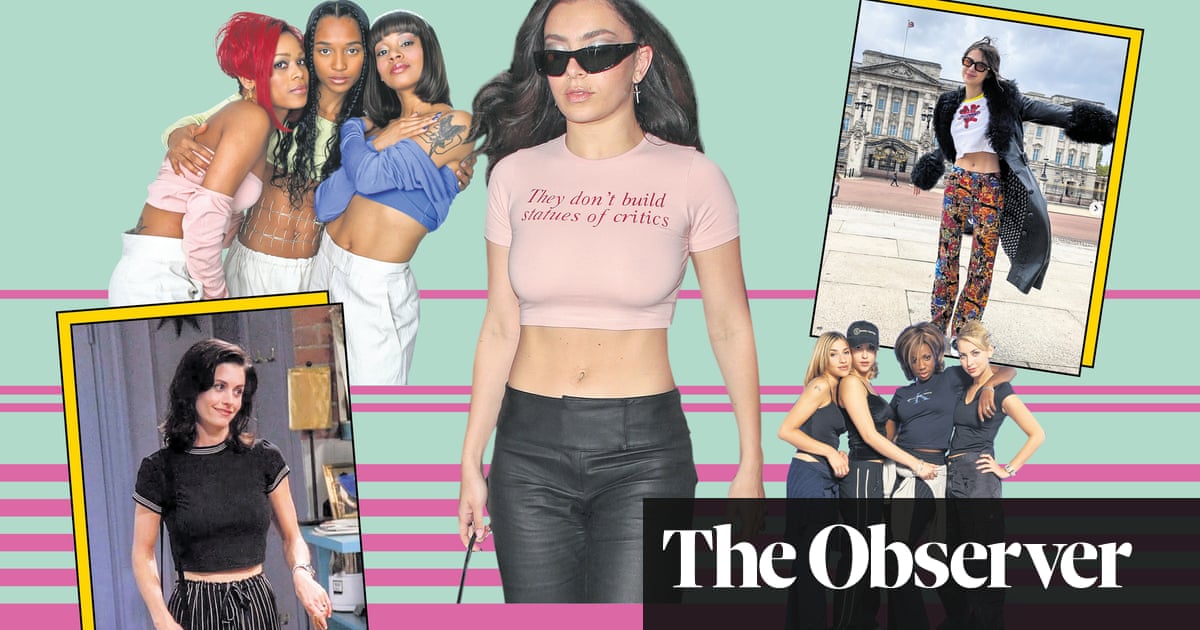 The T-shirt – that staple of summer style – has had an upgrade for 2022. The so-called “baby tee” – cropped, tight, often with a cutesy slogan, and last popular around the turn of the millennium – is back.

Worn by celebrities including model Hailey Baldwin, singers Olivia Rodrigo and Charli XCX, as well as the cast of US teen TV drama Euphoria, the baby tee’s popularity is part of a wider return of noughties style for young fashion brands. Urban Outfitters, Fiorucci, Weekday, Praying, Vanna Youngstein and Heaven by Marc Jacobs all produce T-shirts in this cut.

Resale app Depop say searches for the item peaked in April 2021, up 309% compared with the previous year. “Since January 2022, we have seen searches steadily rise again by 11%, showing that the baby tee is growing in popularity as we head into the summer months,” said Agustina Panzoni, Depop’s trends manager. The Heaven T-shirt with its teddy logo is a design particularly sought after.

Jade Wickes at style magazine The Face calls baby tees “the staple of comfort dressing”. She says they are “definitely part of the nineties and Y2K revival alongside the ubiquitous popularity of skate style”, where the tees are typically worn with baggy trousers and an inch or two of midriff. The bare, honed midriff became a familiar sight– seen everywhere from the red carpet to pop videos and episodes of Friends.

In recent years, fashion has covered up stomachs more, but it seems the midriff, as seen on the Miu Miu catwalk and beyond, has returned. “The midriff is back,” says Panzoni. “This time around, the trend is inclusive of all genders and body shapes.”

Because baby tees now often come with slogans, Wickes sees them as a post-pandemic way to make a statement: “Their defining feature seems to be that they’re slapped with irreverent, tongue-in-cheek phrases which tend to reveal a bit about your personality. Having been masked up for the last couple of years, those slogans feel like a playful shorthand.”

Vanna Youngstein’s baby tees feature cutesy slogans like “Dreaming of U” or “Bunny” – giving them an online-friendly, playful irony. The designer had seven of her designs featured in HBO’s Euphoria, with the “Don’t be jel” T-shirt worn by Alexa Demie’s character Maddy selling out.

She agrees with Wickes: “I think that, due to the pandemic, people want an easy way of expressing their style. Baby tees are very reminiscent of the nineties and early noughties and are a way of referencing that with a new twist.”

But this isn’t just a retro trend. “I love that they are simultaneously nostalgic and really modern looking. They are a casual way of summing up your style in one piece,” she said.