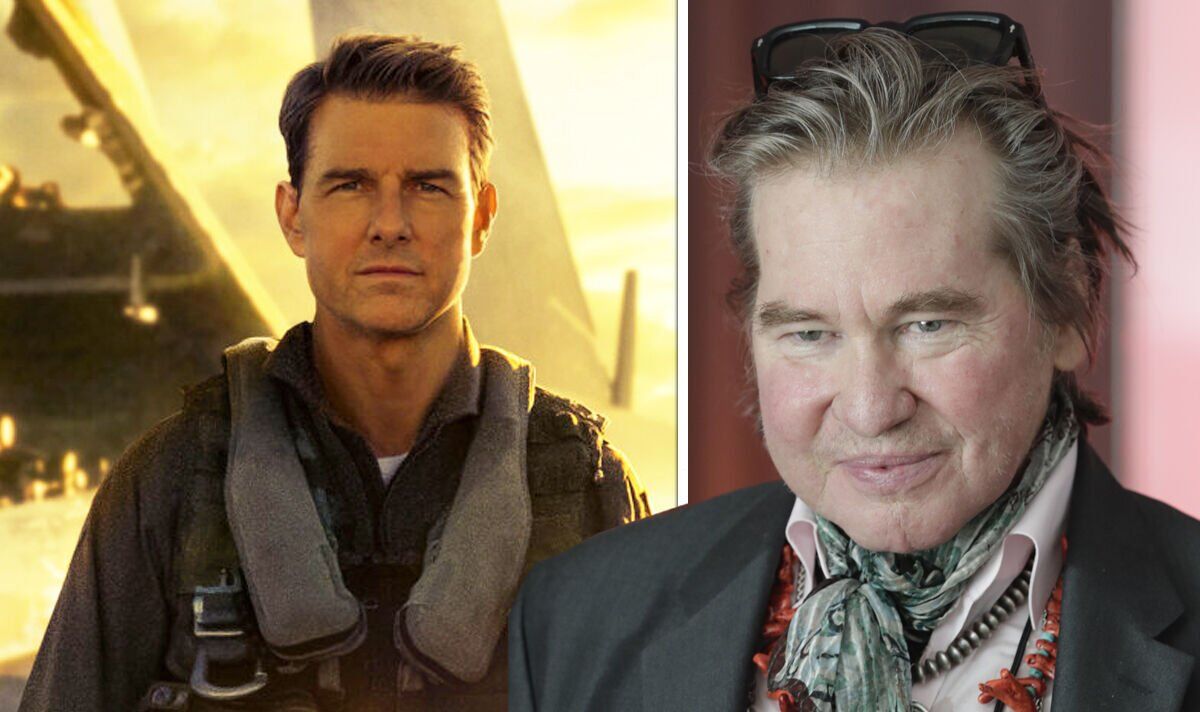 Later this month Top Gun Maverick will bring Tom Cruise back to the big screen with a need for speed. The sequel, which continues the series almost 40 years later, returns to Cruise’s character, Maverick, as well as introduces the character of Rooster, Goose’s son.

There are a lot of open stories in the upcoming movie, but nobody had a more passionate relationship than Maverick and Iceman.

Iceman was Maverick’s rival in the Top Gun flight school. The pair not only hated one another but were dangerously competitive in the skies. And, from the trailer of Top Gun Maverick, it looks like Cruise’s character has been called on to return to the flight school by none other than Iceman himself.

However, further shots in the trailer showed a coffin being honoured by a 21-gun salute. At the moment it is not known if Iceman is alive or dead in Top Gun Maverick – but fans know he is making some sort of comeback with the help of some state of the art technology.

But, despite these injuries, Cruise was not going to let Top Gun Maverick take place without Iceman involved.

Cruise recently revealed: “I really rallied hard for him to be in the movie because he’s such a tremendous actor, and [I wanted] to have him play that character.”

Kilmer is making a return with the help of his son, who is doing some of the voice work for the Iceman actor, by using technology to blend their performances together. And the Mission: Impossible star gave a hint that Kilmer will be involved for one notable scene.

According to the series producer, Jerry Bruckheimer, Cruise was adamant the film could not go ahead without Kilmer.

Bruckheimer said: “Obviously, he’s compromised, but still an amazing actor, an amazing individual and we’re so thrilled to bring him back in this way. Tom was so gracious.”

Director of Top Gun Maverick, Joseph Kosinski, also spoke out about the comeback of Kilmer even after all the adversity he had endured. Kosinski said: “The rivalry between Iceman and Maverick was such a memorable part of the first movie. I’m glad we’ll be able to show the evolution of that relationship.”

Meanwhile, another character from the original movie, Charlie Blackwood, is not making a return.

Kelly McGillis starred as Maverick’s love interest in the original 1986 movie – but she was not asked to return. Kosinski said he didn’t want “every storyline to always be looking backwards. It was important to introduce some new characters”.

But McGillis has a different opinion. “I’m old, and I’m fat,” she said. “And I look age-appropriate for what my age is. And that is not what that whole scene is about. I’d much rather feel absolutely secure in my skin and my age than place any value in all that other stuff.”