Skip to content
HomeEntertainmentRudra actress Raashii Khanna says in South film industry people think a woman is to objectify: ‘They will label you as lady, lass, milky beauty’ 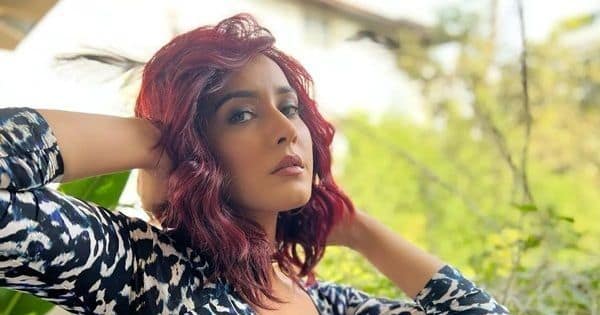 Actress Raashii Khanna made her OTT debut with Rudra: The Edge of Darkness, co-starring Ajay Devgn. She is known for featuring in Telugu and Tamil film industry. She has been a part of commercially successful films like Bengal Tiger (2015), Supreme (2016), Jai Lava Kusa (2017), Tholi Prema (2018), Imaikkaa Nodigal (2018), Venky Mama (2019) and Prati Roju Pandage (2019). However, Raashii had her own share of rejections in the South film industry because of her pretty looks. Also Read – Ranveer Singh’s 83, Ajay Devgn’s Rudra, Ajith Kumar’s Valimai and more films and series premiered in March that you can binge-watch on OTT over the weekend

When Raashii was asked about sexism in the South film industry, she said that people don’t understand the difference between admiring a woman and objectifying, because they think a woman is to objectify, which they find it right. “In the South, they will label you as ‘lady’, ‘lass’, ‘milky beauty’ and it will only stop if you fight back. Half of the time it comes out because of the love fans have for you, but basic objectification is the problem. They think a woman is to objectify, They don’t understand between admiring a woman and objectifying because the problem is at the education level, what we teach them as kids. If women are not educated, they will think all this is right. Then when they see the objectification, they think, ‘Okay, isme kya galat hai. I love this woman actor, so I call her milky beauty’. But women are so much more than just objectifying that they don’t want to see,” she told TOI in an interview. Also Read – Ajay Devgn’s Rudra beats Madhuri Dixit’s The Fame Game and others in Ormax’s Top 10 OTT originals list; check out the full list

Raashii went on to reveal that she has lost out on roles because people thought she was too pretty. “There’s a certain stereotype that has been created that you can either be a glamour doll or a great actor, you can’t be both. Some people actually rejected me saying, ‘No no, but you are too pretty for the role. We can’t see you like this’. I am like, ‘Take my audition and see if I can act!’” she added. Also Read – Deepika Padukone’s Gehraiyaan beats Ajay Devgn’s Rudra and other biggies on Ormax Top 10 OTT originals of the week list; complete list here

“They don’t want to see beyond the looks, that’s what I was facing in the South where people were not taking me seriously as an actor. While I think things have changed a little after Rudra, it will definitely change after my upcoming projects, which I think is only a good thing for me,” she concluded.

Apart from Rudra, Raashii Khanna is also gearing up for Raj and DK’s next with Shahid Kapoor and Vijay Sethupati. She has recently wrapped up the shooting schedule of Thank You with Naga Chaitanya in Moscow, has now commenced her next Sardar in Chennai. Post the shoot of Sardar, Raashii will resume shooting for her Bollywood debut Yodha.