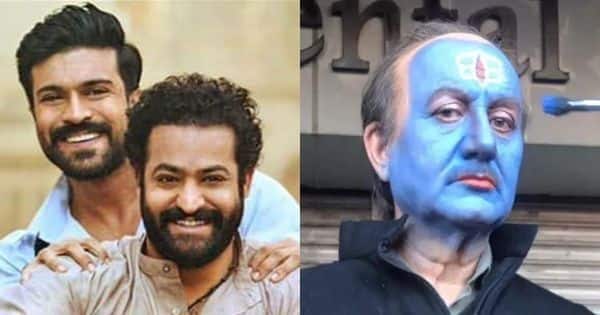 SS Rajamouli’s RRR is going great guns at the box office. As per a report in Box Office India, it has made close to Rs 18 crore or perhaps even a bit more on its first Monday. This means that RRR is well enroute to be a superhit movie in the Hindi belt. We are talking about the Hindi version here. The afternoon and evening shows on Monday had footfalls that matched those of Friday. At some centres, the numbers were even better than that on Friday the day of the release. RRR is going exceptionally well in mass circuits too. The figures are more than Vivek Agnihotri’s The Kashmir Files. The movie made Rs 14.8 crore on its first Monday. It seems the business is roaring at the multiplexes across the country. Also Read – RRR box office collection day 4 early estimates: Ram Charan-Jr NTR’s film collects a good amount on its first Monday

As per Box Office India, business in Gujarat, Rajasthan and CPCI belt is going good. The Kashmir Files made Rs 14. 5 crores on its first Monday which was a record of sorts. The numbers could be a lot more as the figures in Telangana and Andhra Pradesh suggest that it had made above Rs 17 crores in those states only. It is an unprecedented number for any Telugu or Indian film. Also Read – RRR: Salman Khan reacts to the stupendous success of Jr NTR, Ram Charan starrer; wonders why Bollywood films don’t do so well in South

Praise is coming in for SS Rajamouli from all quarters. Karan Johar said that he was an inspiration for all Indian filmmakers and said he is enormous in his vision. RRR which stands for Rise, Roar and Revolt is about Alluri Sitarama Raju and Komaram Bheem who were freedom fighters. Their story is told in a fictionalised manner. The movie has also captured international markets and how. It is second only to Batman in some nations. The Hollywood press has also recognized the madness of RRR at the box office. Also Read – RRR: SS Rajamouli, producers and Jr NTR-Ram Charan fans abroad seething mad at Hollywood press for THIS reason [EXCLUSIVE]

SS Rajamouli has made three films with Jr NTR in the past and Ram Charan made his debut with him in 2009 with Magadheera.