Director S.S. Rajamouli’s magnum opus RRR, featuring Ram Charan and Jr NTR, has shattered records at the box office to emerge as India’s biggest blockbuster till date. The movie grossed Rs 223 crore worldwide on the opening day beating Baahubali 2 record. While the RRR team has been receiving praises from all corners, Pushpa director Sukumar has penned a heartfelt note in the form of a Telugu poem for SS Rajamouli. Also Read – Trending South News Today: RRR ‘ROARS’ past 300 crore, KGF 2 trailer is kickass and more

Lifting the Magadheera director up to the skies, Sukumar pens a heartfelt note in the form of a Telugu poem. “Even though we are next to you, we have to run, to reach you. Even though we are in the sky, we need to lift up our heads to look at you. The only difference between you and us, Rajamouli, is, you can make a film like this and we can only watch it,” the Pushpa director wrote in Telugu. Also Read – KGF 2 trailer launch: Yash receives special message from RRR star Ram Charan who calls him a ‘SENSATION’ 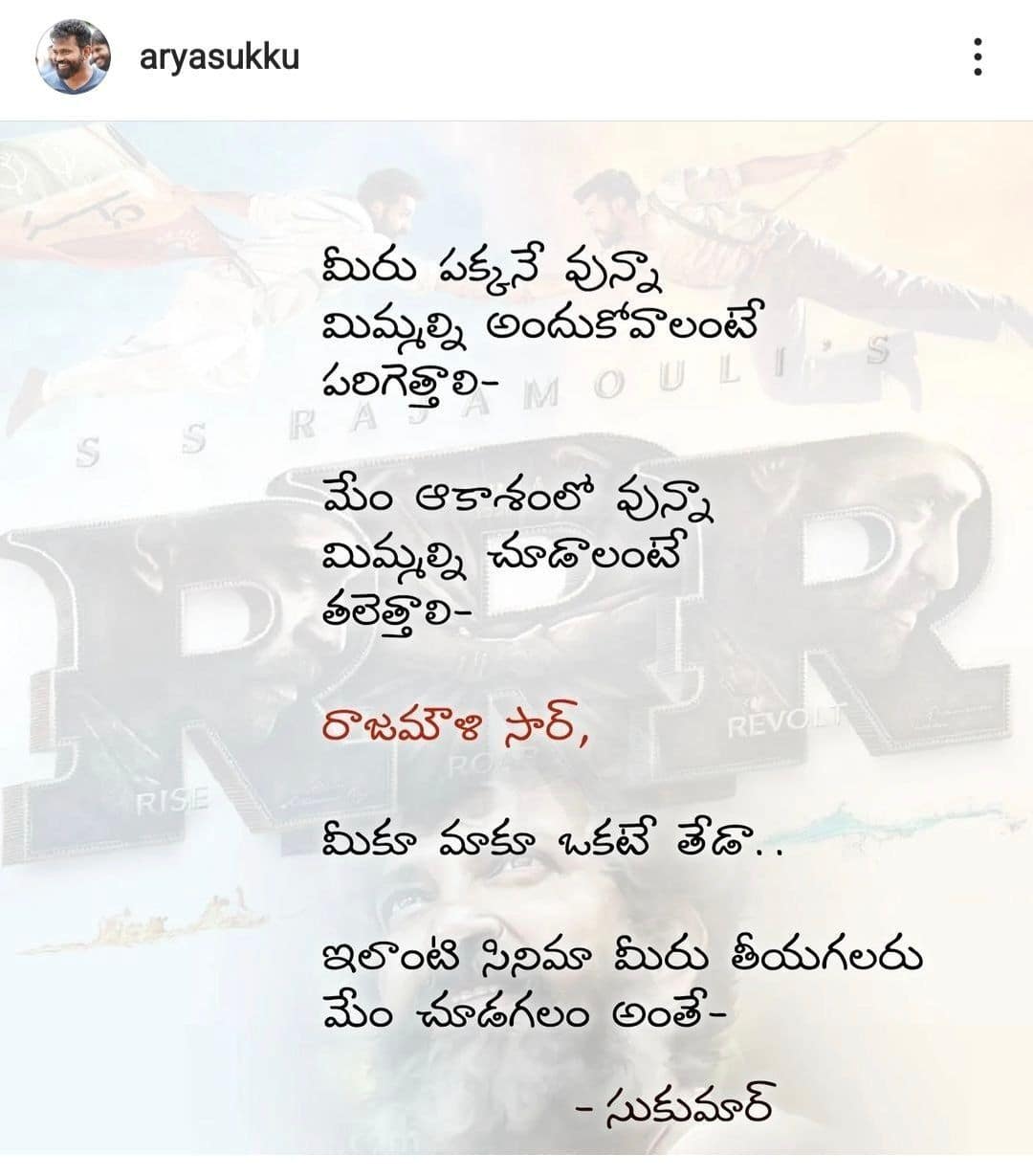 It is a known fact that despite being in a competitive position, Rajamouli and Sukumar have always shared a cordial relationship with each other. Sukumar, during an event, also mentioned that he had no plans to make Pushpa as a pan-India movie, but Rajamouli was the one who insisted on doing that. Sukumar conveyed his best wishes to SS Rajamouli, as he loved the sensational RRR.

Based on RRR advance bookings, trade analysts say that it will make Rs 600-700 crore at the box office on a pan-India basis. Also, with KGF 2 scheduled to be released three weeks after RRR, Rajamouli’s epic won’t get much exclusive run time. Nonetheless, RRR will keep the cash counters busy at the cinemas, which have been on a high after The Kashmir Files picked up phenomenally.