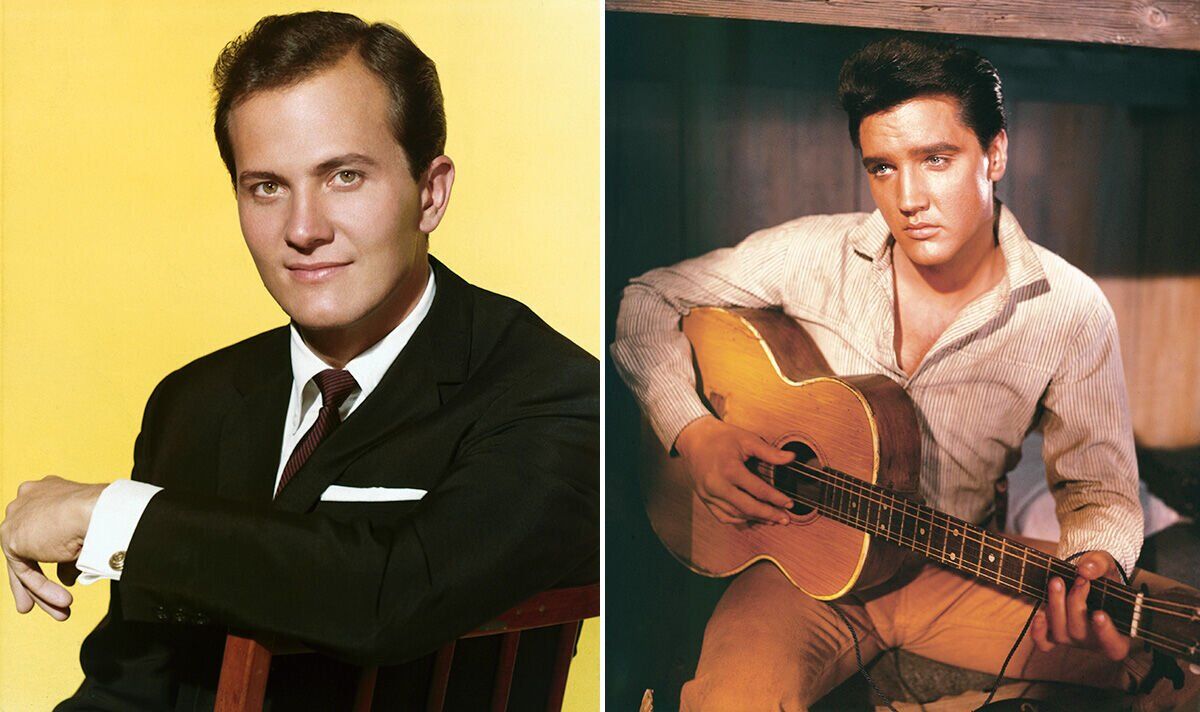 Pat Boone and Elvis Presley were Tennessee contemporaries during the mid-late 1950s and enjoyed a friendly rivalry. The 88-year-old, who was born a year before The King, shared memories at Graceland’s Elvis Week 2022 this month.

Boone said: “We were too Tennessee boys who knew we were extremely lucky that these things were happening beyond anything that we had expected or could expect.

The 88-year-old shared: “We met in Cleveland backstage because [DJ] Bill [Randle] was introducing him and the kids didn’t know who he was because they hadn’t heard anything from him yet.

Bill said to the audience: “Kids, you don’t know this guy, but he’s been signed by RCA Victor and they expect big things. So let’s give a nice hand to Elvis Presley.”

Boone continued: “So Elvis walked out with I think Scotty Moore and maybe Bill Black and they pantomimed the record.”

Afterwards, he sang his cover of That’s Alright Mama and the crowd went wild, just like in the new biopic.

However, when Boone first met Elvis backstage he found the rising star to be very shy.

To his surprise, Elvis replied: “Well I didn’t know how to talk to you man, you were a star!”

The 88-year-old said he couldn’t get his head around this since he’d only been recording since that March, but The King did point out he’d already had three hits by then.

However, he added: “But remember I had a six-month head start and the good sense never to follow Elvis again!”

Boone confessed: “I so appreciated him and his talent, which we all underestimated in the beginning. We all thought he was a flash in the pan and the way he moved around the stage would come and go. He didn’t mean it always to be sexual, but it certainly always was! Because it was him doing it. But he said, and I believed him, ‘I just like to sing the songs the way I feel them.’”