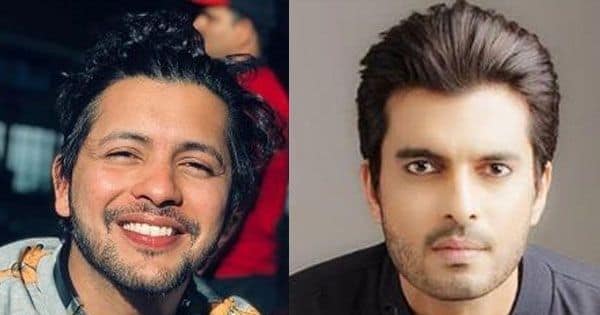 Khatron Ke Khiladi 12 will start its shoot from the end of May. Now, choreographer Nishant Bhat has confirmed that he is going to be a part of Rohit Shetty‘s show. He said that he will give his cent per cent as he is a very competitive person. Nishant Bhat is the second choreographer on the show along with Tushar Kalia. This is his second reality show with the channel after Bigg Boss 15. Tushar Kalia got engaged last evening. Nishant Bhat was also present for the function. The Dance Deewane judge got engaged to his long-time girlfriend, Triveni Burman. Also Read – Cannes 2022: Hina Khan is all smiles as she departs for the French Riviera [VIEW PICS]

#NishantBhat said, When I take part in any competition, I always believe in giving a tough fight & sticking to a never giving up policy. After BB15, I feel KKK is a step up for me. Stunts ke saath karunga m koshish apne fear ko entertainment m badlne ke apne teen-paach ke saath,

The other few who are still in talks are Munawar Faruqui, Gashmeer Mahajani, Siddharth Nigam and Jannat Zubair. In fact, Imlie actor Gashmeer Mahajani confirmed that he is in talks but nothing has materialised so far. If he takes it up, it will be his first reality show. Siddharth Nigam is the perfect bet being a gymnast and stunt enthusiast. He will become the front-runner for the trophy. Also Read – Richa Chadha takes huge dig at big Bollywood hero in stern takedown of his salary and film’s poor opening – any guesses?

Khatron Ke Khiladi 12 has confirmed names like Sriti Jha, Rubina Dilaik, Erika Packard, Shivangi Joshi, Rajiv Adatia, Tushar Kalia, Pratik Sehajpal and others. Rohit Shetty and co will fly down to South Africa. The shoot of KKK 11 also happened there. Last year, it was Arjun Bijlani who brought home the trophy. The show is one of the highest TRP gainers for the channel. It looks like Colors is going all out to splurge by getting some truly big names. Also Read – Rubina Dilaik oozes oomph in sizzling green bikini; fans say, ‘Koi itna hot kaise ho sakta hai’ [VIEW PICS]