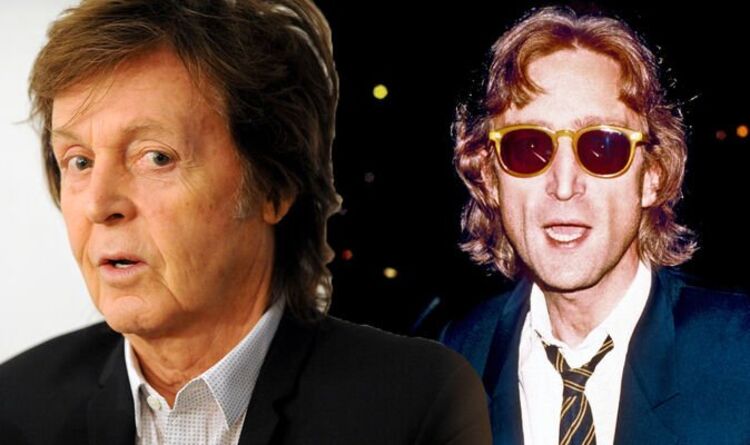 The Beatles split up in 1970 after decades of playing music together. The saddening breakdown of the band came after a couple of years of deteriorating communication and enthusiasm from the Fab Four themselves. Paul McCartney famously had a falling out with George Harrison while recording Let It Be, and John Lennon was growing increasingly uninterested in returning to the recording studio.

But it was McCartney’s insistence on sending the band on a new tour that pushed Lennon over the edge.

Lennon opened up about the band’s untimely demise in 1970. He told Jann S Wenner: “In a nutshell, Paul wanted to make – it was time for another Beatle movie or something, and Paul wanted us to go on the road or do something.”

But he and George were adamant that they did not want to go on any more adventures. Lennon said: “[We] were going: ‘Oh, we don’t want to do it, f**k,’ and all that. He set it up and there was all discussions about where to go and all that.”

Although Lennon attended the various band meetings, it did not mean he wanted anything to do with their plans.

Lennon was deeply in love with his second wife, Yoko Ono, at the time. He brought her along to The Beatles’ recording sessions – much to the disdain of McCartney at the time. The Imagine singer explained that, at the time, he would simply “tag along” to the meetings.

He continued: “I had Yoko by then. I didn’t even give a s**t about anything.”

However, there were some other reasons why Lennon did not “give a s**t” about his band’s next album.

Lennon continued: “Of course, we’re lazy f*****s and we’ve been playing for twenty years, for f**k’s sake, we’re grown men, we’re not going to sit around rehearsing. I’m not, anyway. And we couldn’t get into it. And we put down a few tracks and nobody was in it at all.”

A few years after the band split up the singer took a break from music entirely. Instead, he focussed on raising his second son, Sean Ono Lennon. He did eventually Get Back to making music – but on his own, and with his wife’s collective the Plastic Ono Band.

Lennon’s final album, Double Fantasy, was released in 1980, shortly before he was murdered in New York City. Because of this, he never played any of the music live or to an audience. Despite this, the album went on to win the Grammy Award for Album of the Year in 1982, with particular praise heaped onto Lennon’s writing.