Miss Universe Harnaaz Sandhu has been making headlines ever since Comedy Nights fame Upasana Singh claimed that she breached a contract by backing out from her Punjabi film after she won the beauty pageant. Upasana even filed a legal case against Harnaaz as the actress claimed that she has put all her hard-earned money to produce this film. And now in her latest media interaction, Upasana alleged that Harnaaz has changed and got attitude after she won the title of Miss Universe and she has ditched her last moment. Also Read – Ghum Hai Kisikey Pyaar Meiin: As Virat delivers Pakhi’s baby; fans hilariously troll the show; say, ‘Aag lage basti main devar-bhabhi masti main’ [Read Tweets]

In a media interaction, she spoke in Punjabi language and claimed that Harnaaz left her shocked by leaving the Punjabi film ‘Bai Ji Kuttenge’. She was quoted saying, ” I gave her a chance when she wasn’t a Miss Universe and struggling to get work. I gave my majority of life savings in this film and now she has backed doubt”. Upasana even broke down while talking about how Harnaaz has changed as she did so much for her, from teaching her acting to letting her stay at her home in Mumbai. The actress even added that she signed the agreement where she was required to shoot for 25 days and she insisted on only giving 5 days, but she refused and asked her to talk to her team. Also Read – Raksha Bandhan star Akshay Kumar opens up on criticism for releasing multiple films in a year; says, ‘I spend only 8 hours on…’

After this statement of Upasana, netizens have been slamming Harnaaz and claiming that she has become arrogant and only dreaming to make a career in Bollywood. Also Read – Yeh Rishta Kya Kehlata Hai: Harshad Chopda-Pranali Rathod aka AbhiRa fans blame THIS for low TRPs [View Tweets] 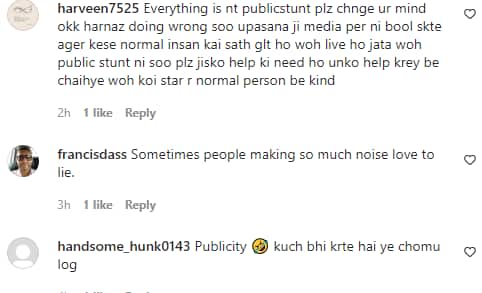 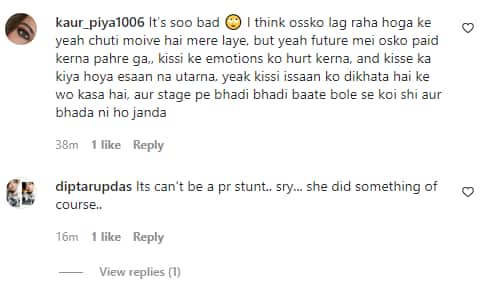 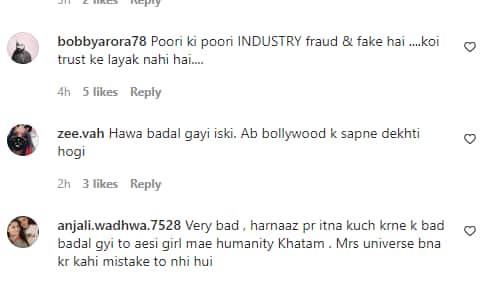 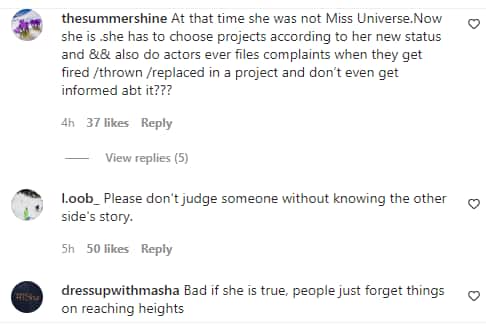 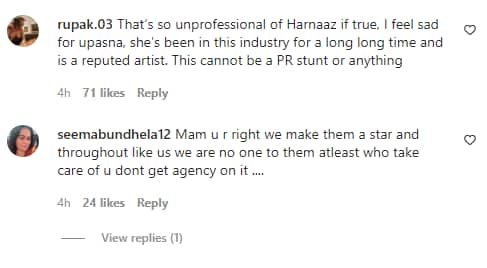 However, her fans have come in strong support of her and are saying that being Miss Universe she will be on a contract and that’s the basis for anyone to understand. 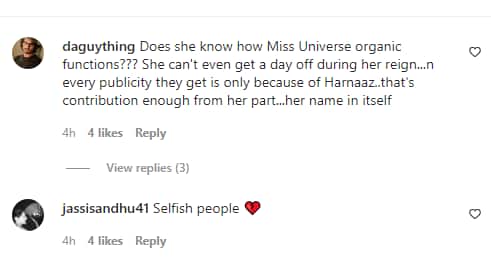 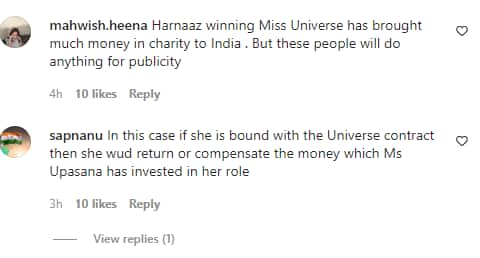 While Miss Universe Harnaaz is still to share her statement on the same, however, this piece of news has created a lot of controversy and negativity for her already!