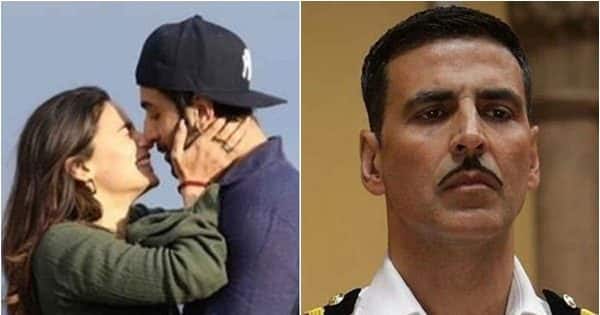 The entertainment industry has seen quite ups and downs throughout the day. From Alia Bhatt and Ranbir Kapoor revealing their newborn baby name on social media to Akshay Kumar slamming Richa Chadha and expressing his disappointment with her Galwan tweet, here are the top trending entertainment news today.

India’s tennis star Sania Mirza is reportedly going through a turbulent phase in her marriage with Pakistani cricketer Shoaib Malik. Amid the rumours suggesting that they are thinking about ending their marriage in a divorce, Sania shared yet another cryptic post about giving herself a break. Check out full story here.

Sonam Kapoor is back to the grind within three months of giving birth to her first child. Her husband Anand Ahuja recently shared his wife’s picture from a recent event and was in awe of her epic transformation over her post pregnancy weight loss. Check out full story here.

Alia Bhatt and Ranbir Kapoor welcomed their first time earlier this month and the couple have finally revealed the name of their newborn daughter. They have named their baby daughter Raha, the name was recommended by Neetu Kapoor. Check out full story here.

Akshay Kumar joined the angry netizens to condemn Richa Chadha’s Galwan tweet which allegedly mocked the Indian Army. He shared a screenshot of her tweet and said that he was deeply hurt by it. Check out full story here.

Does Priyanka Chopra have any retirement plans?

Priyanka Chopra recently revealed if she has any retirement plans while she is making her way and conquered Bollywood and the West simultaneously. The actress is one of the global icons right now and making India proud with her achievements. Check out full story here.