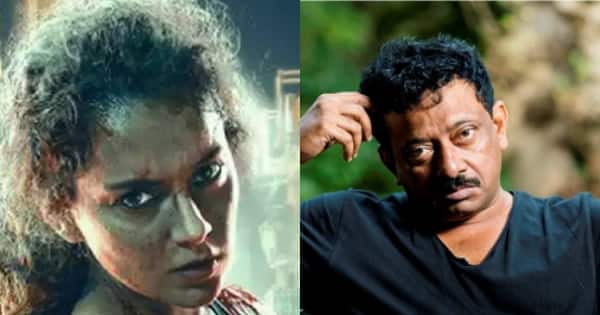 Among the next few big releases from Bollywood, Kangana Ranaut‘s film Dhaakad is making a lot of noise. There is tremendous buzz around the same as fans of the Queen actress are waiting with bated breath to watch her on-screen again. Plus, the actress is doing her best to promote the film will full power. She is also receiving some great support from Bollywood too. Salman Khan recently shared the trailer of Dhaakad and wished her luck. Now, it is filmmaker Ram Gopal Varma. Also Read – Sarkaru Vaari Paata US box office day one: Mahesh Babu’s film off to a flying start; collects THIS amount

The Rangeela filmmaker shared the second trailer of Dhaakad and compared Kangana Ranaut to Hrithik Roshan and Tiger Shroff. The trailer has the actress pulling off some high-octane stunts, beating up the goons and delivering a badass performance as undercover Agent Agni. RGV wrote that her performance is 10 times more powerful than that of Hrithik Roshan and Tiger Shroff who are known for their killer action sequences. Check out his tweet below: Also Read – Lock Upp winner Munawar Faruqui talks about meeting his son; says ‘Want to be there for him always’

Earlier, Salman Khan had shared the trailer of Dhaakad and penned, “Wishing team #Dhaakad the very best #KanganaRanaut @rampalarjun #SohelMaklai.” Over this Kangana expressed joy and stated that she will never say that she is alone in the industry.

Amusingly, Amitabh Bachchan had also appreciated Dhaakad promo, however, he later deleted his post. Over this, the actress wondered who pressured him to do so. She said, “There are personal insecurities, they’re all trying to hide behind ‘Oh, we will get boycotted from the industry’. I don’t think it’s that. Kiara saw me, she was very comfortable, there’s no pressure. Of course, there are likes and dislikes but this is so striking that Mr Bachchan tweeted the trailer and then he deleted it in other five-ten minutes. At somebody of his stature, whose pressure will he have? I just don’t know, I find this situation a bit complex.”