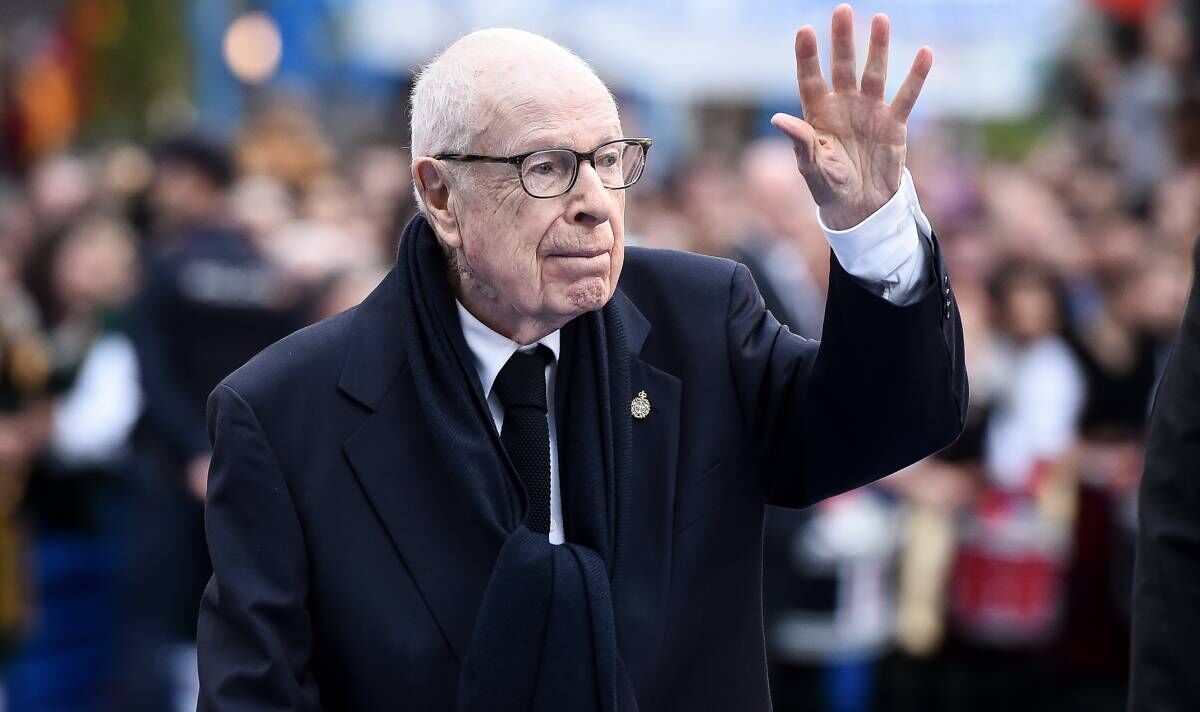 Brook won Tonys, Emmys and an Oliviers among other awards during his seven-decade career. He directed many celebrated actors, including Sir Laurence Olivier and Sir John Gielgud.

Brook – who had lived in France since the 1970s – also directed the 1963 film adaptation of William Golding’s The Lord of the Flies.

He was made a CBE as well as a Companion of Honour.

“I am the luckiest guy in the world to have had such an amazing and loving father. May he rest in peace.”

Actor Adrian Lester wrote: “The man was a giant in our field. Asking bold questions and rigorously refusing to settle for mediocrity.

“His influence changed everything about western theatre.”

Brook was born in Chiswick, west London, in 1925 and went to Oxford University.

In 1970, he moved to Paris and set up the International Centre for Theatre Research.

He was among the first figures to focus on diversity on the stage and called his casting method “colourrich” rather than “colour-blind”.

As well as Simon, he and his actress wife Natasha Parry – who died aged 84 in 2015 – had daughter Irina, an actress and director.