Skip to content
HomeEntertainmentCharu Asopa hits back at Rajeev Sen for accusing her of playing the ‘victim card’; ‘Let’s leave everything to time’ 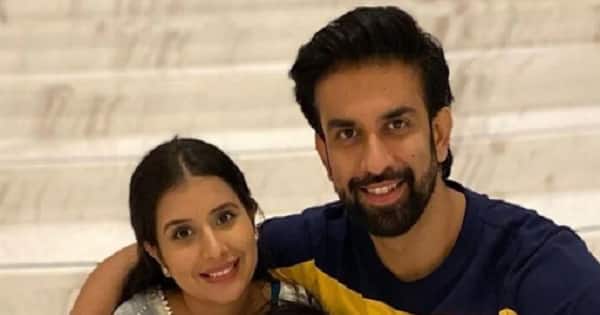 Charu Asopa and Rajeev Sen’s relationship is getting uglier each day. Just a day ago Rajeev had accused his wife Charu of playing a victim card after the reports were doing rounds of Sushmita Sen unfollowing him on Instagram and continues to be friends with Charu on her social media profile. Rajeev laughed off these reports and claimed that Charu is playing the victim card. And now ETimes got in touch with Charu for the same, and she spoke about her equation with Sushmita and Rajeev’s claim against her. To which she said, “Sushmita didi is a wonderful person inside out – she is a wonderful actor and an even better human being. She has always been extremely welcoming to me since the beginning and I will always cherish the bond she and I share. Few bonds are meant to be cherished for life and my relationship with her is one of love adulation and immense respect.” Also Read – Naga Chaitanya reveals inside details about Aamir Khan’s special show of Laal Singh Chaddha for Chiranjeevi, SS Rajamouli and Sukumar [Exclusive]

Charu expressed that she doesn’t want to do more mudslinging and left everything to time when asked to comment about his victim card comment on her. ” As far as Rajeev calling me a master of the art of playing victim card goes, I honestly am done washing one’s dirty linen in public. I have put my point across and that’s all from my end. If he feels a certain way about me, it is his thought process. Let’s leave everything to time. Soon everything will be unfolded before everyone for them to know who is what.”. Also Read – Kareena Kapoor Khan, Katrina Kaif, Alia Bhatt and more Bollywood actresses making headlines for their pregnancy and delivery news

Charu and Rajeev’s relationship hit the rocks ever since they got married. Charu in her vlogs has opened up about how Rajeev disappointed her every time in their relationship, she called him an irresponsible father to Ziana. While Rajeev claims that she hid about her first marriage to him and more. Just a day ago Charu shared an emotional video on her separation with Rajeev calling it her ‘akhri nuksaan’.