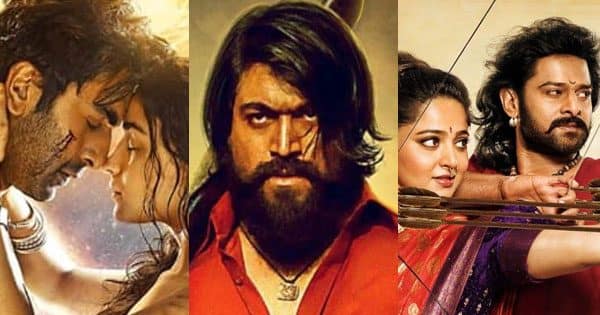 Brahmastra, the Ayan Mukerji directorial and Karan Johar production under his Dharma Productions banner, is off to an astounding beginning at the box office, with easily over 2.5lakh tickets already being purchased for day 1 and in excess of 3 lakh tickets going on sale for the first weekend at the three national multiplex chains alone. Throw in the advance booking at single screens, which have now opened their counters, and you have one of the best pre-release tracking for any film in any language in India. This indicates that the Brahmastra trailer, Brahmastra songs and promotions of the Ranbir Kapoor and Alia Bhatt starrer have all worked to desired effect. And now, the Brahmastra advance booking has added another huge feather to its cap. Also Read – Brahmastra: Why the box office success of Ranbir Kapoor and Alia Bhatt starrer is imperative for Bollywood’s future

Our sources in the entertainment news trade sector and own box-office tracking has pegged Brahmastra, directed by Ayan Mukerji, produced by Karan Johar, and starring Ranbir Kapoor, Alia Bhatt, Mouni Roy, Nagarjuna and Amitabh Bachchan, as the best advance booking for any movie post-pandmemic, be it Bollywood, Hollywood, or even any of the so-called South juggernauts…yes, even better than RRR, whose entire advance it overtook with more than 3 days left to release – indeed a dream-come-true opening. Well, it has now gone a step further to set an all-time record as it’s poised to overtake both KGF 2 and Baahubali 2. Also Read – Brahmastra: Sona Mohapatra strongly condemns protests against Ranbir Kapoor and Alia Bhatt outside Ujjain temple; calls it dangerous

KGF 2 and Baahubali 2 are hitherto the only films in India cinema to have crossed the ₹30 crore nett mark for advance bookings, and if single screens hit the required numbers, Brahmastra could be the third film to do so, and in fact, even has a chance of overtaking them. The most heartening thing is that the advance is as good in the metros as it’s at multiplexes in smaller towns. The day 1 collection itself can easily touch ₹35 crore nett, leave alone the opening weekend, and it has the potential to silence the ‘boycott Bollywood’ gang forever. Also Read – Brahmastra box office collection: Here’s how much Ranbir Kapoor-Alia Bhatt’s fantasy drama need to make to become a HIT