Skip to content
HomeEntertainmentBond author Fleming never wanted Sean Connery: ‘He will f*** up my work’ 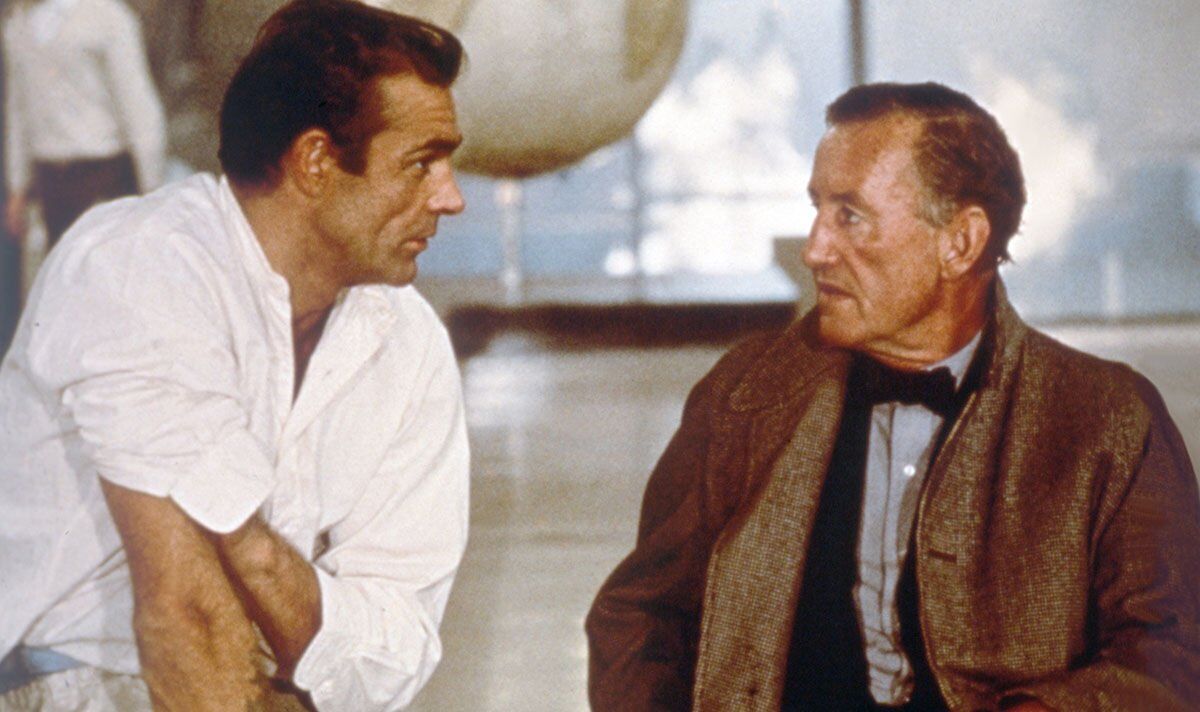 Connery was literally the last actor the author, whose birthday we celebrate today, wanted to play his iconic British super spy. Fleming’s wish list of seven stars included David Niven, Patrick McGoohan, James Mason, Rex Harrison, Stewart Granger and Richard Burton. Top of the pile was Cary Grant who was actually cast and offered a contract. However, the Hollywood legend was already 58 and would only agree to make one film when producers Albert Broccoli and Harry Saltzman wanted to start a franchise. One by one the next six on the list were all discounted or declined. A national talent search in the Daily Express also picked actor Richard Todd, but the Bond producers were unimpressed. The young Roger Moore was even considered but discounted as “too young and pretty.”

Unknown actor Connery was brought in for an interview. Fleming was absolutely adamant he wasn’t right for the part but Broccoli’s wife Dana saw something she liked and persuaded her husband to meet him again for lunch.

The Scotsman started badly, turning up rumpled and unkempt, in an era when presentation was everything, especially when auditioning to play a gentleman spy. However, Connery turned up the charm and charisma and channelled the swagger and macho dominance of the role.

When he left, Saltzman famously noted that “he moved like a jungle cat.” Dana Broccoli was already on board and Fleming’s girlfriend Blanche Blackwell also raved about his “charisma.”

Connery said: “I never got introduced to Fleming until I was well into the movie, but I know he was not happy with me as the choice.

“What was it he called me, or told somebody? That I was an over-developed stuntman. He never said it to me. When I did eventually meet him he was very interesting, erudite and a snob – a real snob. But his company was very good for a limited time for me.”

The Bond producers embarked on a radical make-over to transform the trough diamond into a polished screen gem.

Miss Moneypenny actress Lois Maxwell later recalled: “I had first met Sean in Cubby’s office back at the beginning. He had that wonderful atmosphere of menace and moved, as they said, like a panther. But he was still a poor young actor in rumpled corduroys who looked like he lived in a bedsit.”

Young took his new leading man to his personal hairdresser and then his gentleman tailor Alastair Young.

Maxwell added: “He had been taught everything from how to dress and where to buy his shirts to table manners.”

Elocution lessons also helped smooth out his heavy Scottish brogue, although Maxwell revealed Connery had to shoot early scenes one line at a time.

Combined with Connery’s natural presence, acting ability and imposing physical attributes, a star was being born. And even Fleming would, eventually come around.

When he saw Connery at the Dr No premiere he was dazzled and soon became the actor’s greatest fan. Accepting that his literary invention would become indelibly linked to his on-screen incarnation, the author made subtle changes to Bond on page, even giving him Scottish ancestry to tie in with Connery’s residual native burr.