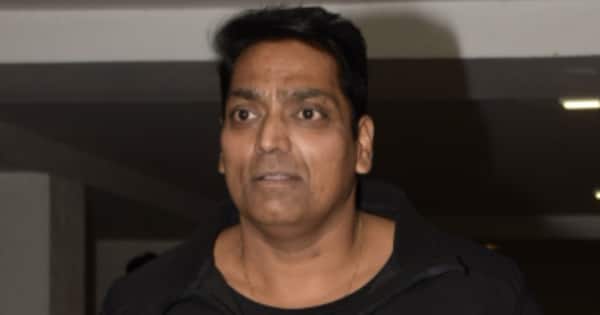 In a shocking turn of events, a report of Bollywood choreographer Ganesh Acharya has been accused of harassment, voyeurism and stalking. A report in Bombay Times said that a charge sheet has been filed by the Mumbai Police recently. Ganesh Acharya was accused of the said deeds by a fellow choreographer/dancer. The case was filed in 2020, states the report. Sandeep Shinde, the investigating Police Officer from the Oshiwara station revealed that a charge sheet has been filed by the metropolitan magistrate in Andheri. Acharya along with his assistant have been charged under sections of 354-a (sexual harassment), 354-c (voyeurism ), 354-d (stalking), 509 (insulting the modesty of any woman), 323 (causing hurt), 504 (intentional insult with intent to provoke breach of the peace), 506 (criminal intimidation) and 34 (common intention to commit an offence) of the Indian Penal Code. Also Read – Vidhi Acharya wife of famous choreographer Ganesh Acharya announces five new films

Ganesh Acharya is known for songs such as Beedi Jalaile, Chikni Chameli, Malhari and more. The 35-year-old assistant revealed that she was informed about the charge sheet being filed. Back when the case was filed against Acharya in 2020, he had denied all the allegations. After the FIR was filed, his legal team had filed a defamation suit against her. The complainant, the report said, alleged that Ganesh Acharya had been harassing her ever since she refused his sexual advances. Furthermore, she said that he would pass lewd comments and show her p*rn. She also accused him of molesting her. Also Read – Nora Fatehi looks TOO HOT while recreating Zalima Coca Cola’s hook step with Ganesh Acharya, but finally meets her match in Govinda – watch video

In May 2019, the complainant revealed that Acharya had asked her to have s*x with him. When she refused the result of the termination of her membership in the Indian Film and Television Choreographers Association. She also said that Acharya’s assistants assaulted her when she rejected his advances. “The female assistants beat me up, abused me and defamed me after which I went to the police who refused to lodge a complaint and merely registered a non-cognisable case. Then I contacted a lawyer to take the matter further,” she said. Also Read – Prabhudheva, Farah Khan, Remo D’Souza and more: 5 choreographers who emerged as successful directors