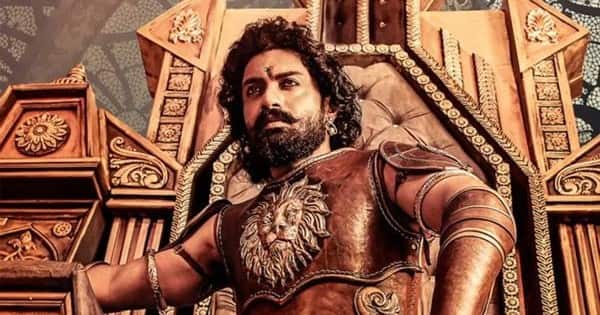 Bimbisara is one of the most awaited films in the Telugu film industry. Starring Kalyan Ram, Katherine Tresa, and Samyuktha Menon in lead roles, the film is a periodic film that is made based on the life of Bimbisara, a Magadha King.

What’s it about
Bimbisara is a ruthless king of the Trigartala kingdom. He is evil and his only motto is to conquer kingdoms without any mercy. But the twist here is that he is cursed. His life changes and he is back he arrives to the present day with full of problems in his life. What is that curse? What’s the connection between the past and present? Who is Bimbisara in the first place? To know the answers you need to watch the film on the big screens.

What’s hot?
Director Vasishta makes his debut with this film and the entire credit for making such a film goes to him.
He wrote an interesting story mixed the concept of time travel to it with a touch of fantasy and modern-day emotions. This itself is a new experience to the audiences.

Kalyan Ram has bagged a hit with this film and kudos to him for taking the entire film on his shoulders. As a ruthless king, he looks great. The negative shades are portrayed well. Be it his expressions or body language as a king, Kalyan Ram is top-notch. At this stage of his career, he has come up with such a subject by taking a risk with a debutant.

Music is an asset to the film and thanks to MM Keeravani for never disappointing the audiences.
Catherine Tresa is good as the princess. After a long time, Srinivas Reddy gets a good role and entertains the audience.

The entire first half has been established well and the best part about it is the time travel without losing the logic. The situational comedy once the king lands in the present day is also quite good. VFX in the film is grand and it will leave you impressed with a lot of suspense.

Watch the trailer of Bimbisara here…

What’s not?
This film is all about the hero. So the heroines actually don’t have much to do here. The second half is pretty slow and the character called Bimbisara needs a little more establishment. Once the twists are revealed, you can predict the rest of the story. The second character of the hero needs a little bit of development too.

One of the biggest drawbacks is the main villain who is weak. A proper Telugu actor with more intensity would have made a world of difference to the film.

BL Verdict
With a new-age story and some amazing VFX, this film is worth watching this weekend.