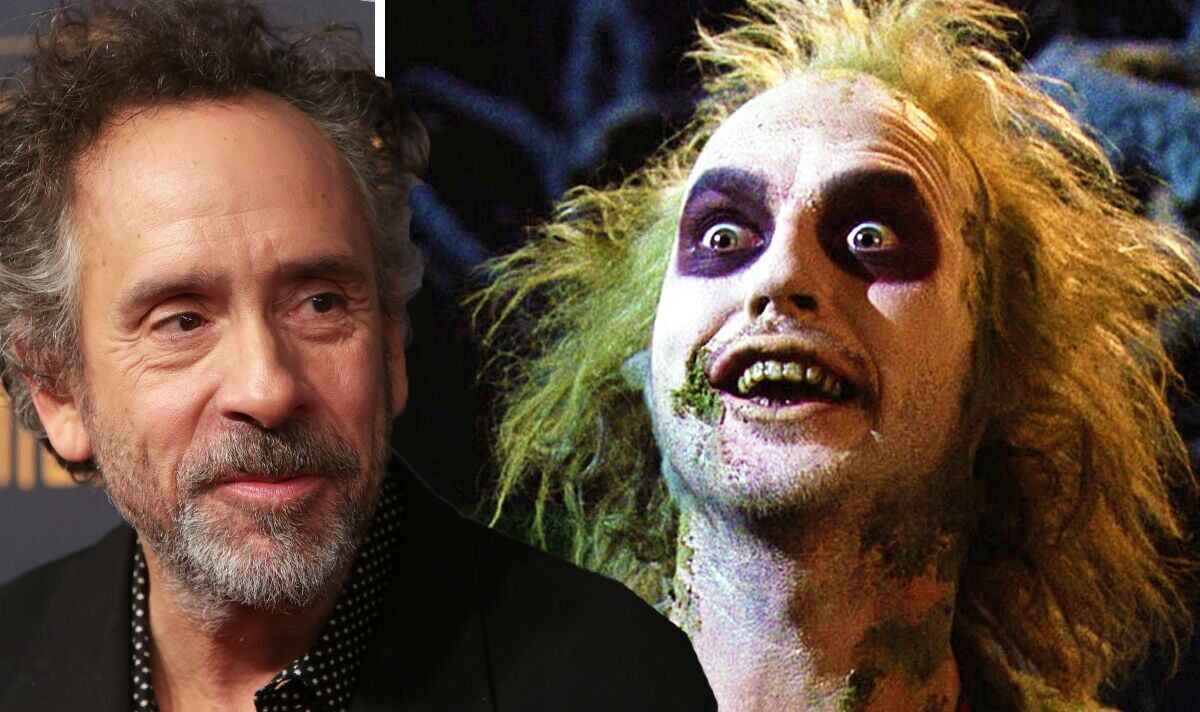 Beetlejuice hits Channel 5 TV screens at 5:05pm today. And while the gorgeously spooky movie has a cult following of fans, it never received a sequel. The mastermind behind the creepy picture, Tim Burton, has spoken out about the franchise’s future in recent years, but a new update directly from the macabre mastermind has given hope to fans once again.

Earlier this month, Burton alluded to the fact that he had no plans to join the upcoming Beetlejuice 2.

The long-awaited sequel was confirmed to be in development by Deadline earlier this year. It is being handled by Brad Pitt’s production company Plan B.

However, in recent days, Burton has backtracked. He noted that “nothing is out of the question” where Beetlejuice 2 is concerned.

He went on: “I only know if I’m making a film when I’m actually on the set shooting. I try to go back to the root of everything. It springs from a seed and then it grows, rather than out of these statements.”

He then went on to give the most promising answer to fans’ hopes yet.

Burton said: “I am working on ideas and things but it’s all very early days. We’ll set how it goes. How’s that for a none answer?” (Via Deadline)

The American filmmaker’s comments are extremely exciting for fans of the undead movie, but they will now have to wait for official word on whether the original cast will be making a comeback as well.

In 2015, Lydia star Winona Ryder confirmed that she was involved in the sequel long before Plan B had bought the movie’s rights.

She said: “I think I can confirm [Beetlejuice 2], because Tim Burton did this interview — like, it was very hush-hush, top secret – and then he was doing some press for Big Eyes and he did an on-camera interview, and he said: ‘Oh yeah we’re doing it and Winona’s going to be in it.’ and I was like [shocked face].”

For a short period of time, Seth Grahame-Smith – the writer of Abraham Lincoln: Vampire Hunter – was attached to Beetlejuice 2.

He spoke candidly about how the sequel would be extremely difficult to do – with or without Burton.

He said: “It’s funny, when I had met with Tim about it last, and we’re talking about five years ago at this point, the reason that it’s so hard to get going is because so many people love it and because there are 10 million ways to get that sequel wrong and four ways to get it right.”

He went on: “It’s such a very fine needle to thread that I certainly like didn’t get it there, on the script side. I didn’t thread the needle. There are things that were cool and some interesting ideas. I’ve certainly emotionally moved on from it and just said: ‘If it happens someday, it happens.'”

Beetlejuice is available to watch on Amazon Prime Video now.