Skip to content
HomeEntertainmentAttack Vs RRR: John Abraham to face STIFF competition from SS Rajamouli? To open at THIS figure at the box office 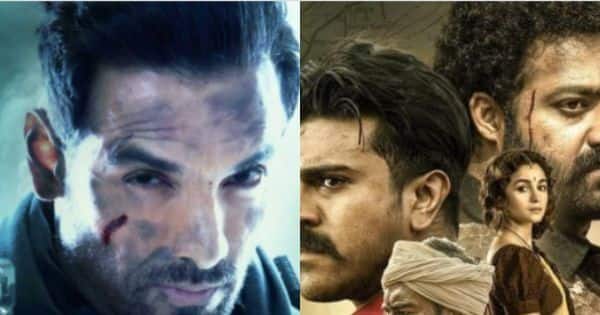 John Abraham has been promoting his upcoming movie Attack all over. He has told everyone that he is very confident about the film doing well due to its concept and high-octane action sequences. It is the story of a super soldier. The movie also has Rakul Preet Singh and Jacqueline Fernandez. Of course, the movie will have to face the juggernaut which is RRR made by SS Rajamouli. The film has made above Rs 600 crore worldwide and is looking for more. As per experts, Attack might make Rs four to five crores on the opening day at the box office. Also Read – Katrina Kaif and Vicky Kaushal’s romantic vacation pictures leaves fans swooning — view pics

Trade expert and film producer Girish Johar told Indian Express that the trailer of Attack got a great response from fans. He said that John Abraham and Rakul Preet Singh are promoting the movie in an aggressive manner. Girish Johar said John Abraham has a loyal audience for these kind of movies, and they love to watch him. Johar said that John Abraham had a good track record for picking up good stories. He said that the first day collections of Attack could be around Rs 4 to 5 crores, which could pick up over the weekend if the movie appealed to crowds. Also Read – Yeh Rishta Kya Kehlata Hai: Harshad Chopda-Pranali Rathod aka Abhimanyu-Akshara to wed at an exotic location in Rajasthan? [Exclusive]

Attack has been directed by Lakshya Raj Anand. John Abraham recently made a statement on how he felt that Kapil Sharma was a good person, but did not feel that every film promoted on The Kapil Sharma Show was guaranteed to be hit. Attack comes after two flop movies for John Abraham. Of course, he has a biggie like Pathaan to look forward to next year with Shah Rukh Khan and Deepika Padukone. Also Read – Will Smith ‘refused’ to leave after slapping Chris Rock; ‘upset and outraged’ Academy starts disciplinary proceedings