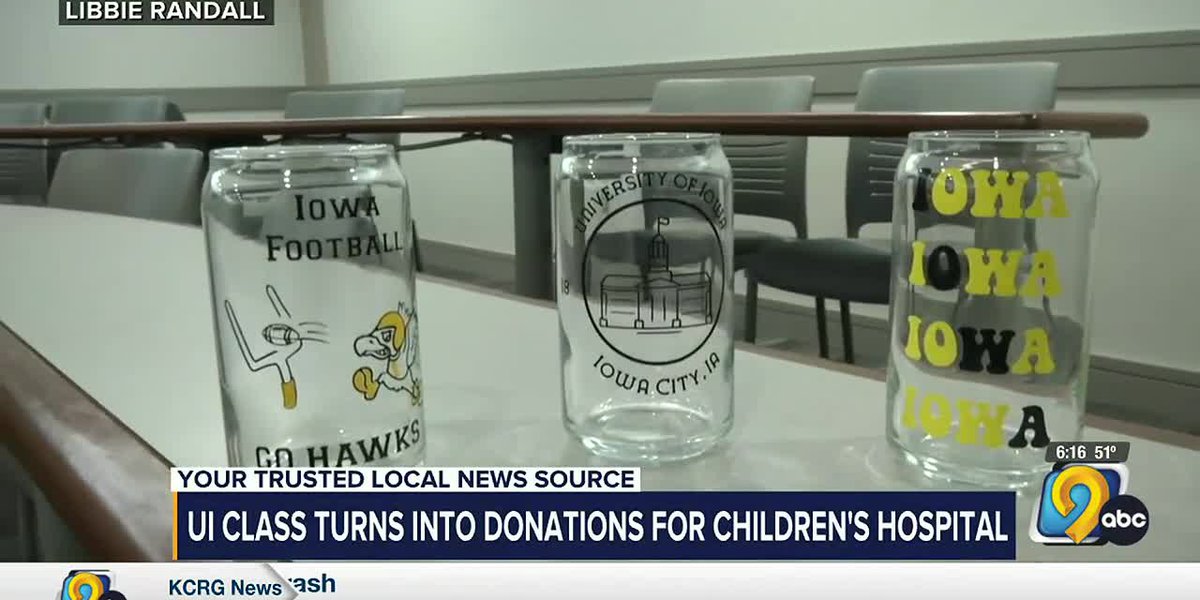 IOWA CITY, Iowa (KCRG) – Students at the University of Iowa have taken a class project and turned it into donations.

Several weeks ago, Eli Anderson and several of his classmates started a business selling customized cups. Since then, profits have turned into hundreds of dollars in donations to UIHC.

And their not the only ones.

Another group, selling crocheted bags, coasters, and key chains has given back a percentage of their profits as well.

“It’s known that the Stead Hospital is kind of one our biggest things here. They’re definitely in need of support of all the children and families that go there,” said said Celia Hernandez.

It’s not a requirement of the class, let alone this specific project.

“Every week they have to report back on what they sold, how much it cost, their profit margins,” said Professor Bob Walker. “They can do anything they want to with it. It’s their money, they’ve worked hard for it.”

He says the idea was first thought of by some students last year, and has since become a no-brainer for many of the other students involved.

“It was like when they first said that, it restored my faith in humanity. They have so many other things to do with their money and they decided to give it back to Stead and the children’s hospital so it really touched me,” said Walker.

In just one semester, his students last fall gave a total of $4,000.