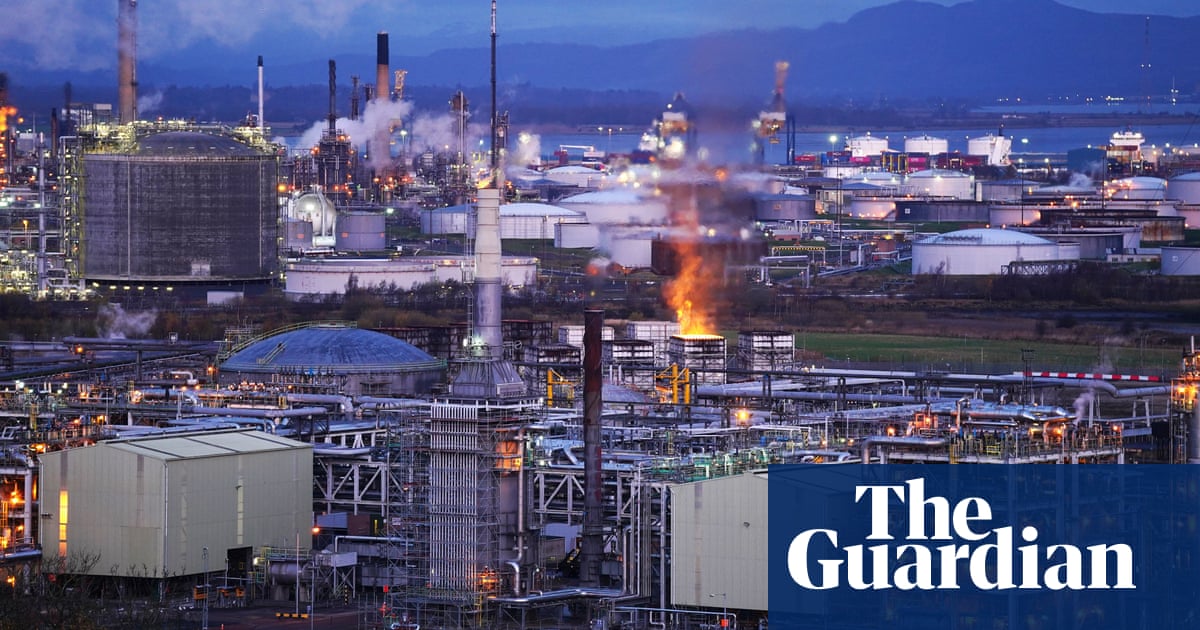 Grangemouth is one of just six oil refineries in Great Britain and supplies two-thirds of the petrol and diesel for forecourts in Scotland as well as large volumes for the north of England and Northern Ireland.

Located at Falkirk in Scotland, it is owned by Petroineos, a joint venture formed in 2011 between the state-owned Chinese oil giant PetroChina and Ineos, part of the billionaire Jim Ratcliffe’s petrochemical empire.

City sources have said PetroChina is keen to sell its stake. However, there are fears that the business could fall into administration if a buyer is not found.

PetroChina is responsible for most of the financing requirements at the refinery, which made significant losses during the pandemic as oil demand collapsed. The Unite union has asked for meetings with Sturgeon and Alister Jack, the secretary of state for Scotland, to discuss the situation and whether the government might need to intervene to save jobs.

About 2,000 people are employed at the Grangemouth site including 600 within the refinery itself. Refining has taken place at Grangemouth since 1919.

Pat Rafferty, Scottish secretary of Unite, said the union has been informed that there is “no threat of sale or significant restructuring”. But he added: “We believe that in light of the strategic national importance of the site to the UK’s energy needs, and in the context of reducing our exposure to Russia, it would be diligent to assess potential scenarios that involve changes to the Grangemouth oil refinery.”

In last week’s Queen’s speech, the government moved to adopt the draft Downstream Oil Resilience Bill, which grants the state the power to step in if there are signs that there could be disruption to fuel supplies.

Rafferty added: “Any developments at Grangemouth would fall under the domain of these draft powers. The Scottish government also has a major role to play in these potential scenarios in relation to Grangemouth, which is why we have requested engagement with the first minister and the secretary of state for Scotland to discuss alternative scenarios, and what this could entail in terms of government support.”