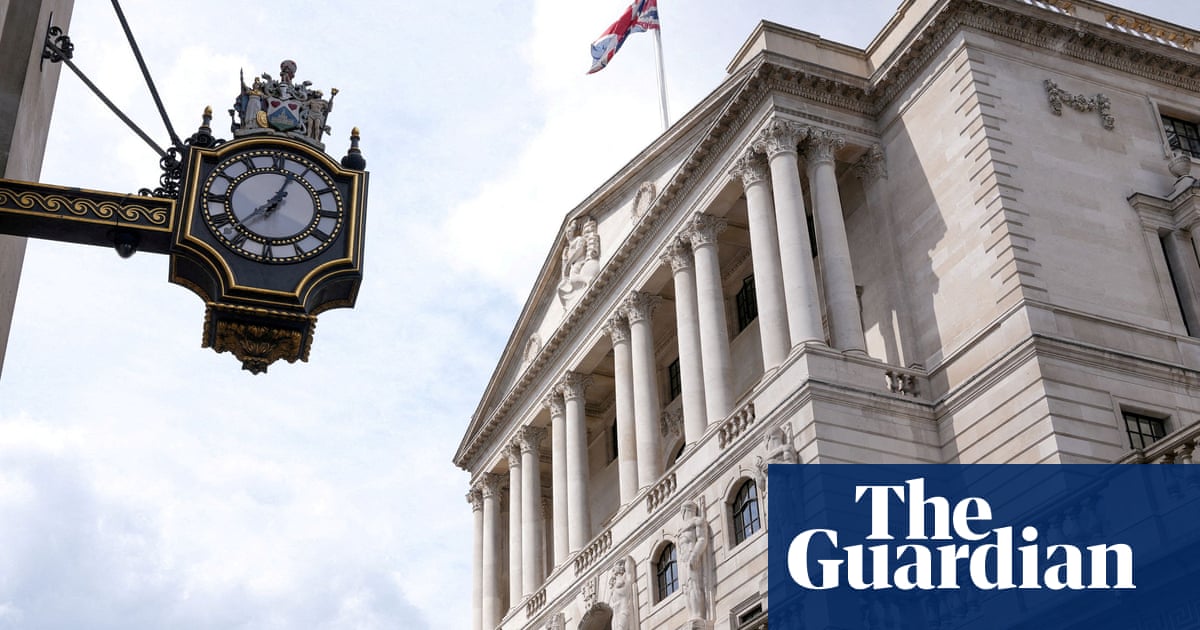 The Bank of England is considering the biggest interest rate rise in 33 years to tackle soaring inflation, a move expected to cost millions of households more than £3bn in extra mortgage costs.

In a development heaping renewed pressure on borrowers, a rise from the current level of 1.75% would aim to underscore the central bank’s commitment to tackling inflation, which is at its highest levels since the early 1980s.

Trading in financial markets reflects an 80% probability of a 0.75 percentage point increase, which would mark the biggest single rate increase since 1989, when inflation was soaring during a consumer boom before the onset of the early 1990s recession.

However, experts said the Bank pushing ahead with the biggest rate hike for more than three decades would mean an extra £3.1bn of interest payments for borrowers on standard variable rate and tracker mortgages.

Sarah Coles, senior personal finance analyst at Hargreaves Lansdown, said: “For anyone who is already struggling with runaway price rises, the extra cost of the mortgage could be the final straw.”

The investment firm said three-quarters of mortgage holders are on fixed rates, meaning they would not see an immediate impact, but that more than 2 million borrowers are on standard variable rates or trackers.

“While anyone with a fixed rate is currently protected, all these rate rises will be adding up and hit them in one fell swoop when it’s time to remortgage,” said Coles. “If you have less than six months left to run on your mortgage deal, it makes sense to lock in a new fixed rate as soon as possible, ahead of potential rate rises.”

For the average UK property, with a 75% loan-to-value-mortgage, an increase of 0.75 percentage points would mean a £78 jump in monthly interest payments, according to estimates by TotallyMoney. Fixed-rate deals are due to expire for as many as 3.2 million borrowers within the next two years.

Alastair Douglas, the chief executive of TotallyMoney, said: “It’s clear that something needs to be done [about high inflation] – but is this the way? The latest interest rate hike is being closely followed by a new, higher energy price cap, further compounding pressure just as we head into the cold winter months.”

Threadneedle Street postponed the meeting of the MPC by a week until after the period of national mourning for the death of the Queen, with its decision expected to follow a sharp rise in borrowing costs announced by the US Federal Reserve on Wednesday.

It comes as the pound has fallen to its lowest level against the dollar since 1985, driven by the strength of the US currency but also by concerns over the UK’s economic outlook, Liz Truss’s plans for a sharp rise in government borrowing and potential interference with the Bank’s independence.

Soaring energy prices and the rising cost of a weekly shop have driven up inflation to almost five times the Bank’s 2% target rate.

The MPC’s rate decision comes a day before Kwasi Kwarteng delivers his mini-budget to the House of Commons, amid expectations for sweeping tax cuts in addition to already announced measures capping average energy bills at £2,500 for a typical household and offering similar support to businesses.

Economists said the freeze on bills would help to prevent headline inflation from rising much further than the current rate of 9.9%, while the Bank will be widely expected to update its forecasts. However, the broad-based support scheme, which has been heavily criticised for failing to target those most in need, could also risk stoking demand for goods and services – acting to fuel inflationary pressures.

Borrowers will also face a rise in costs as the central bank ramps up interest rates, with financial markets anticipating the Bank’s base rate to reach 4.5% by March next year.

Ross Boyd, founder of the mortgage comparison platform, Dashly.com, said a rate increase of 0.75% this week would “send shockwaves” through the property market.

He said: “Yes, rates will still be low compared to their historical average but a huge amount of homeowners and buyers have never known rates this high.”