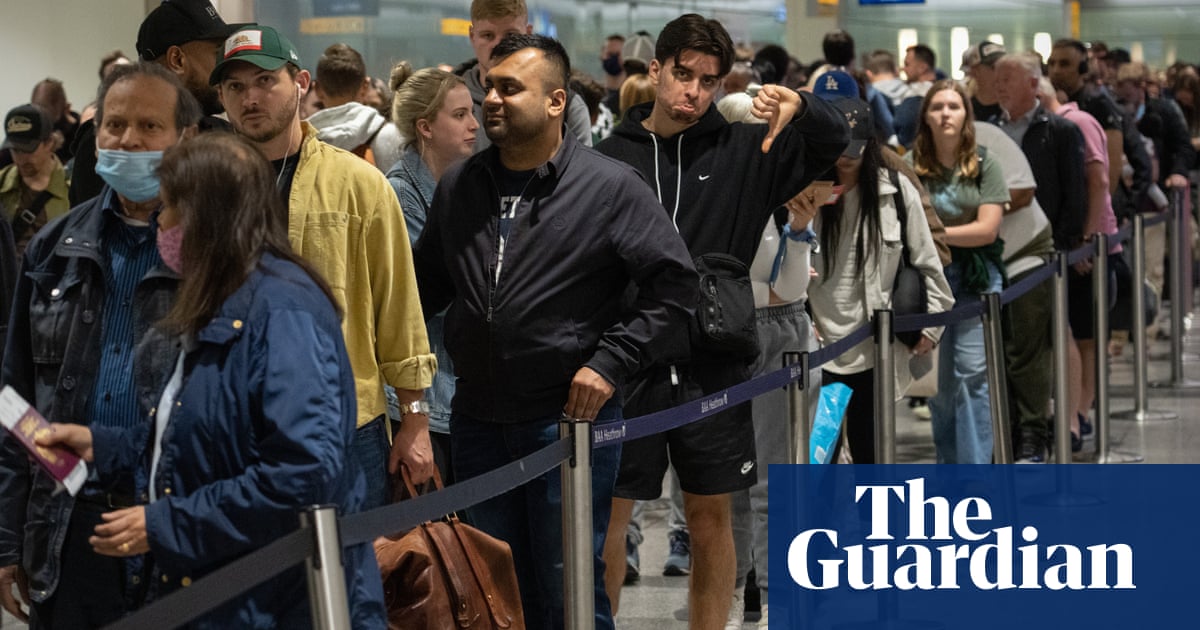 Holidaymakers facing long queues at UK airports amid shortages of ground and air staff have been told they should travel with only hand luggage to minimise the disruption.

GMB, one of the unions that represents aviation workers, said passengers should consider taking a small bag and not checking anything into the hold, as the country’s travel hubs battle delays and cancellations amid a surge in half-term demand.

However, Balpa, the union representing airline pilots, refused to endorse the suggestion, stressing that its members “want to give a full professional service at all times”.

Andy Prendergast, the national secretary of the GMB union, told the Daily Telegraph: “If individuals can check in online and don’t take luggage, that limits the disruption. It’s not a magic bullet, however it does scale back the prospect of there being issues.”

Paul Charles, chief executive officer at travel consultancy the PC agency, tweeted: “If it’s possible, travel lighter and faster by taking hand luggage only, and the fewest possible items. Not easy for everyone to do but, if you can, it will help smooth journeys by reducing processing time in airports.”

However, Martin Chalk, general secretary of the pilot’s union, said: “That is not Balpa’s advice – pilots want to give a full professional service at all times.

Air industry sources criticised the advice as impractical, saying holidaymakers taking a week’s break could not be expected to carry all they needed without hold baggage, especially in the case of families with young children.

Airports that have been hit by lengthy delays and cancellations of flights by airlines such as British Airways and easyJet have not changed advice to passengers about what luggage they should take for their holiday.

John Irving, chief executive of Liverpool airport, told BBC Radio 4’s Today programme on Thursday: “I think people have to make their own decisions, to be honest, on what they think is right for them, whether or not that’s carrying hand luggage or getting there three hours earlier than their flight.”

Both Heathrow and Gatwick confirmed they had no plans to change current advice to passengers or suggest to them what luggage they should bring to the airport.