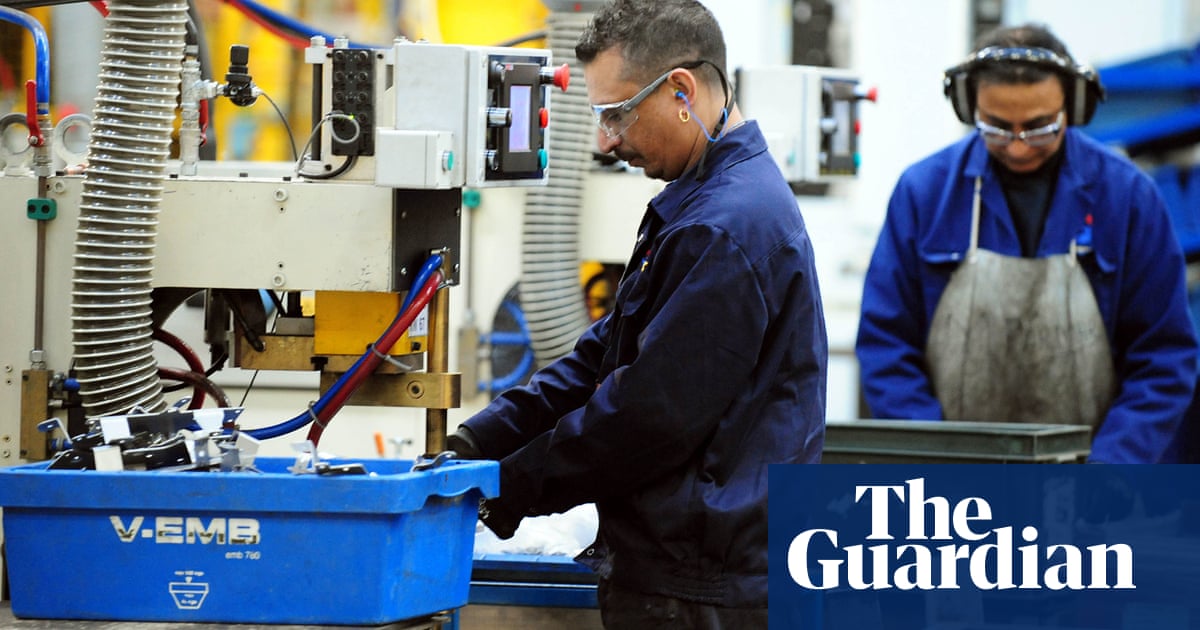 Growth in UK factories’ order books and output has slowed to its weakest in 18 months as cost pressures, supply bottlenecks and softer demand hit British industry.

The latest update on manufacturing from the CBI found business optimism fell for a third quarter running amid signs that the strong expansion of the past year has come to an end.

Despite the slowdown, the employers’ lobby group said there had been solid growth in factory jobs and welcomed evidence of a pickup in investment intentions.

It urged Boris Johnson’s successor as prime minister to announce a permanent tax break to boost capital spending when the government’s two-year super-deduction – 130% relief on purchases of equipment – ends next year.

Anna Leach, its deputy chief economist, said: “The manufacturing sector has been an economic bright spot in recent months, but output and orders have softened amid ongoing cost pressures, supply challenges and a generalised weakening in economic conditions both in the UK and globally.

“It is encouraging, however, to see investment intentions firming. Stronger investment will be vital if the UK is to reinvigorate growth and keep recession at bay. The new prime minister will need to act quickly to fan the flames of these ambitions by announcing a permanent successor to the super deduction and urgently reforming an outdated business rates system that currently acts as a tax on investment.”

More firms told the survey that output had risen in the latest three months than reported a fall in production, but the gap of 6 percentage points was down from 19 points in April and the lowest since April 2021. The balance reporting stronger order books fell from 22 percentage points to 11 points between April and July this year.

Industry continues to be affected by inflationary pressures, but the balance of firms reporting higher costs stood at 77 points, down from 87 points three months ago, while the balance expecting to raise prices came down from 71 to 48 points.

A separate report from Germany’s Ifo institute showed Europe’s biggest economy is on the brink of recession after the sharpest fall in business optimism since the start of the Covid-19 pandemic two years ago.

The thinktank’s president, Clemens Fuest, said: “High energy prices and the threat of gas shortages are weighing on the economy. Companies are expecting significantly worse business activity in the coming months.”