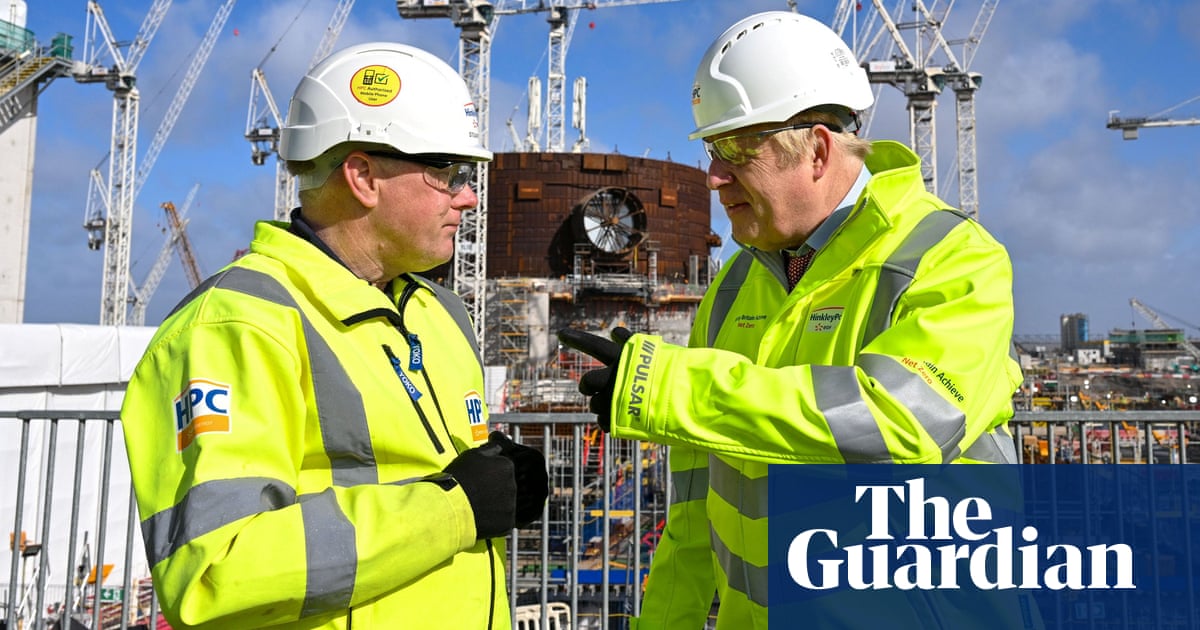 Boris Johnson’s energy security plan has been dismissed as a missed opportunity to bring down bills rapidly, over its failure to fund energy efficiency upgrades or back onshore windfarms in the face of Tory backbench opposition.

While the government’s plans set targets for long-term expansion of nuclear, offshore wind and solar capacity, it stopped short of doing so for onshore wind. The proposals also lacked a major intervention to help households lower their gas usage by improving insulation standards.

The shadow business and energy secretary, Ed Miliband, said Johnson had been “held to ransom” by backbench opposition to windfarms.

Energy experts and environmental groups labelled the plan “inadequate”, warning it would do little to address the urgent need to tackle sky-high bills and reduce dependence on gas imports, including from Russia.

The strategy did set ambitious targets for offshore wind generation, with the government raising its target from 40 to 50 gigawatts by 2030.

But Johnson did not back a wind industry proposal to double onshore capacity to 30GW over the same period.

Executives are understood to have told the prime minister during a meeting last week that onshore turbines offered the cheapest and fastest way to wean the UK off gas, the price of which has rocketed further amid Russia’s invasion of Ukraine.

But the government backed away from setting targets for onshore, after fierce opposition from senior Tories including the chief whip, Chris Heaton-Harris, and the transport secretary, Grant Shapps, who called the turbines an “eyesore”.

Instead, the government promised to offer a “limited” number of communities guaranteed lower electricity bills in exchange for supporting local windfarms.

Miliband said this would do little to unblock planning restrictions that he said place a “unique burden” on onshore wind, which he claimed could have replaced Russian gas imports within 24 months.

Under a moratorium implemented by David Cameron’s government in 2015, onshore windfarms in England require unanimous consent from local communities, meaning they can easily be blocked.

“If one person objects, it doesn’t get built,” Miliband told BBC Radio 4’s Today programme, adding that it was easier to build an incinerator or a road in the face of local opposition. “The government has rejected the cheapest, lowest cost, most secure forms of power we have […] including onshore wind.”

Mark Worcester, of the planning consultancy Turley, said: “Some of the more immediate opportunities appear to have been missed.”

Once an onshore windfarm has secured a contract to supply energy, it can be fully operational within about two years, compared with four or five for offshore projects, according to th trade body RenewableUK.

Electricity from onshore wind is also about 20% cheaper than offshore, which is in turn cheaper than nuclear or gas.

Miliband accused the government of shying away from onshore “not because of the national interest but because some Tory backbenchers said they didn’t want it to happen”.

The energy security plan also came in for criticism for failing to map out a return to nationwide home energy efficiency upgrades, which have dwindled dramatically over the past decade.

Since 2013, successive government cuts to support for insulation have reduced the number of installations from 2.3m to 10% of that number, according to the Energy and Climate Intelligence Unit, an independent advisory organisation.

But the energy security plan contained no new measures to accelerate efficiency efforts, amid a row over cost between the Treasury and the Department for Business, Energy & Industrial Strategy.

One Whitehall source said the business secretary, Kwasi Kwarteng, had been keen to use about £300m in departmental underspend from the past few years to kickstart a programme of mass home insulations.

But the chancellor, Rishi Sunak, with whom Kwarteng has previously clashed over financial support for businesses, is understood to have preferred not to commit funding to the plan.

Robert Colvile, head of the Centre for Policy Studies thinktank, said the government had not “taken the opportunity to promote demand-side energy efficiency, including via insulation – which in turn will help reduce the most significant costs and support the push for net zero.”

Greenpeace said the plans were “completely inadequate”, while the Association for Renewable Energy & Clean Technology said the government had “failed to rise to the challenge facing the country”.