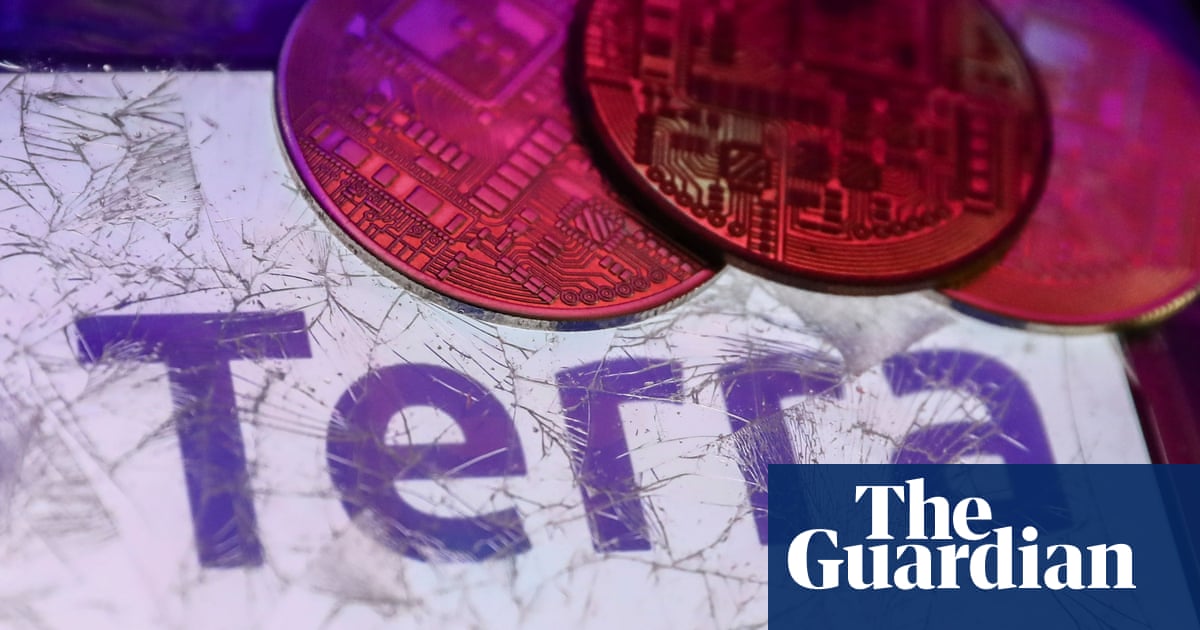 South Korean authorities have asked Interpol for a red notice to prevent the crypto entrepreneur Do Kwon from fleeing extradition, days after the Terra founder denied being “on the run” in a message posted to his Twitter account.

The international cat-and-mouse chase comes amid another collapse in the value of the sector, apparently prompted by the “merge”, an unprecedented alteration in the technical infrastructure that underpins ethereum, the second biggest cryptocurrency.

Kwon was the founder of the Terra/Luna cryptocurrency platform, an attempt to build a system that could rival ethereum in scale. But Kwon’s attempts to build an “algorithmic stablecoin” that would retain its value at exactly $1 without any reserves underpinning it failed catastrophically in spring 2022, wiping out more than $80bn (£70bn) of value as the tokens were sold by panicky holders, and triggering a wider crypto crash that destroyed two-thirds of the value of the entire sector.

A charismatic frontman, Kwon was wildly known for engaging in verbal sparring on social media with people who questioned the sustainability of his creation, even in its dying days. After reports this month that South Korean prosecutors were seeking his arrest, Kwon, who was apparently based in Singapore at the time, tweeted: “I am not ‘on the run’ or anything similar – for any government agency that has shown interest to communicate, we are in full cooperation and we don’t have anything to hide.”

Now South Korean prosecutors say they are unable to contact Kwon, who hasn’t tweeted since Friday. “We have begun the procedure to place him on the Interpol red notice list and revoke his passport,” the prosecutors’ office told the Financial Times on Monday, since he is “obviously on the run and has no intention to appear before us for questioning”.

They said he had disbanded the South Korean branch of his company, Terraform Labs, and travelled to Singapore at the end of April. Singaporean police said Kwon was no longer in the country but they would assist with the investigation. Kwon did not reply to a request for comment from the Guardian.

In June, former employees of Kwon reported that they had had their passports seized by the state to prevent them from following him, as part of the government’s investigation into the failure of his business.

Kwon’s apparent flight comes amid another collapse in cryptocurrency markets, with bitcoin down almost 16% in a week and ethereum down almost a quarter. The rout was apparently prompted by the ethereum “merge”, which saw the cryptocurrency switch from “proof of work” to “proof of stake”, a vastly less energy-intensive way of operating the underlying infrastructure of much of the sector.

The switchover has been successful on its own terms, with the network shifting flawlessly from one protocol to the other. As a result, direct energy use by the ethereum network has fallen by 99.98%.

The decentralised “miners” who operate the physical infrastructure required to secure “proof of work” systems have the option of switching over to other networks, but none offer anywhere near the profit potential: a miner with a top-end “rig” could expect to earn $50 a day on ethereum until the merge, but will earn just pennies on other networks after the merge.

As a result, miners are breaking up their rigs and selling the high-powered graphics cards that they run on. An Nvidia GeForce RTX 3080, which once sold for more than £1,000 thanks to supply shortages and demand from crypto miners, can now be bought on eBay for half that.

But the shift to a “proof of stake” system has opened up new questions about the regulatory status of the cryptocurrency. The head of the Securities and Exchange Commission told the Wall Street Journal on Thursday that the shift could result in ethereum being regulated as a security, since it might pass the “Howey test”, a key legal barrier for how tradable assets are regulated in the US.

In a proof-of-stake system, “the investing public is anticipating profits based on the efforts of others”, the SEC chairman, Gary Gensler, said. His comments prompted an immediate 5% fall in the price of ethereum.