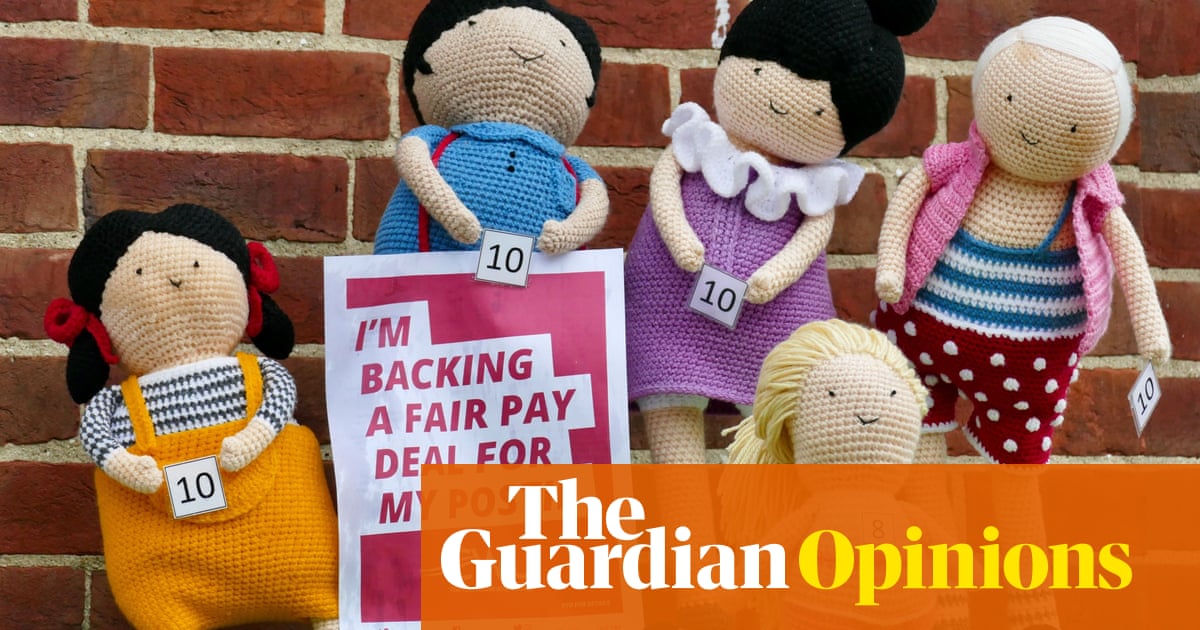 Strictly speaking, Royal Mail’s management is not saying it is ripping up the nine-year-old deal with the Communication Workers Union that, until strikes in recent weeks, had helped to keep a lid on industrial disputes. Instead, as the bosses see things, they are exercising the company’s right to give notice of an end to protections within the agreement in the event of nationwide strikes.

The distinction could be significant should the CWU go to court. For now, though, it’s the signal that matters. The message from management is that it is prepared to raise the stakes in a dispute over pay and working practices. Challenging the “agenda for growth” agreement – or just elements of it – was always a possible next escalation. Now it has happened.

The rhetoric, too, has been lifted a few notches. Royal Mail grumbles about “unique, complex, costly and highly restrictive union agreements and structures” that are being used to “frustrate” modernisation. Meanwhile, the CWU tells its members it sees “an all out attack on your union” and the beginning of a plan to make the business a “gig economy” employer.

Where does the balance of power lie? For the postal workers, this may be the point at which their employer’s parallel proposal to hold talks at the conciliation service Acas is one to consider seriously. Two points seem relevant.

First, it would be hard to say the nation has been grossly inconvenienced by the three days of strikes so far. Households tolerate the late arrival of utility bills and suchlike. Businesses sending out parcels know other providers are available. A strike at a privatised Royal Mail is always going to be less disruptive than, say, one on the railways.

Second, Royal Mail – the UK company, as opposed to the quoted group that also includes the profitable GLS international operation run out of Amsterdam – is now on course to make operating losses this year. The whoosh of demand that came with lockdown, and propelled the UK business to profits of £412m last year, has reversed. There is a genuine financial crunch, as the share price suggests: it was down 5% on Thursday at a two-year low of 205p.

Chair Keith Williams is pushing his luck in talking up the idea of demerging GLS – it couldn’t happen quickly and the government would surely have to approve – but one can follow his arithmetic. Most City analysts ascribe a negative value to the UK postal service. Even without a breakup, Williams is under pressure from investors to isolate the UK end by ensuring GLS doesn’t cross-subsidise an unreformed Royal Mail.

None of which is to deny that management has played hardball. A miserable pay offer of a basic 2% (plus a conditional 3.5%) could almost have been designed to bring tensions to a head, especially as shareholders got £400m in share buybacks and special dividends last year.

Yet the basic fact remains that, one way or another, Royal Mail needs to modernise to compete with parcel rivals who undercut it on pay and working practices. The natural way out of this dispute still looks to be a deal that links a proper pay rise to more reform. A round of make-or-break talks under the auspices of Acas is not the worst idea.

Rubbishing of economic forecaster will not end well

Another development in the government’s refusal, detailed here yesterday, to allow the Office for Budget for Responsibility to provide a state-of-the-economy update alongside Friday’s mini-budget. Here was the business secretary, Jacob Rees-Mogg, on BBC Two’s Newsnight on Wednesday evening:

“I was strongly in favour of the OBR when it was set up. I thought it was potentially a very good body. Unfortunately none of its forecasts have been right and, therefore, if people are putting trust on its forecasts, they are rather putting trust into a straw man.”

That is an extraordinary statement for a serving cabinet minister to make. The OBR’s forecasting record isn’t perfect, but it is generally recognised to be one of the most transparent and impartial bodies of its type in the world. Asked whether he’d like to get rid of the OBR, Rees-Mogg replied: “That is a matter for the chancellor.”

We can probably expect more in this vein when the OBR is finally allowed to speak when the real budget arrives later in the year. The rubbishing of the official economic forecasting body has begun. Markets won’t like it. This will not end well.