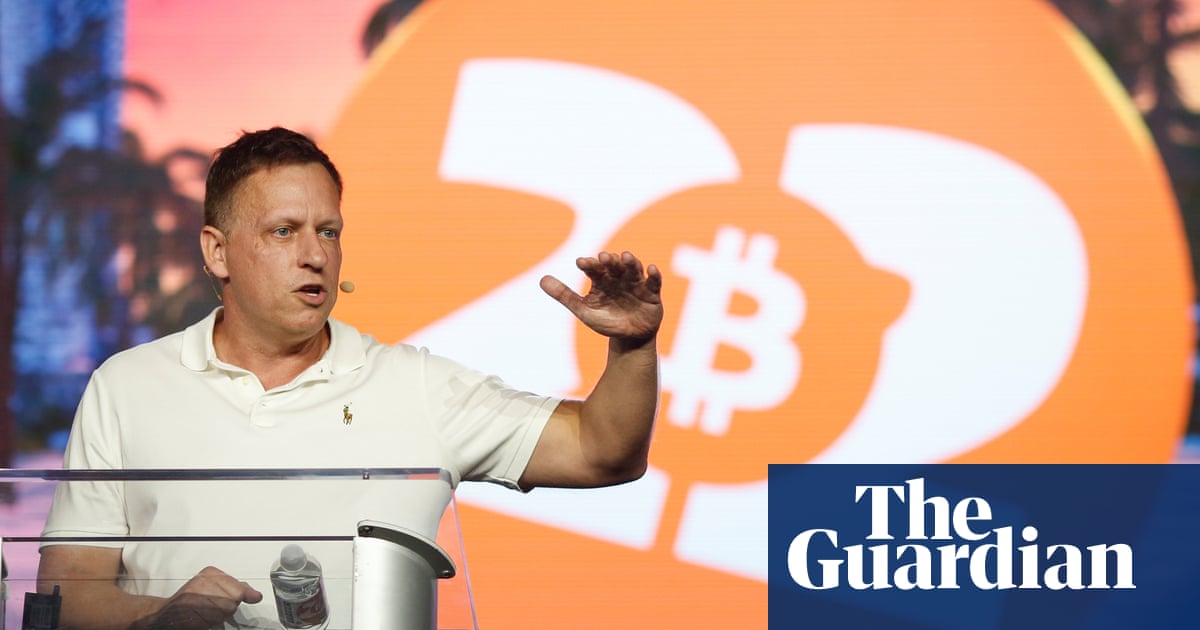 Peter Thiel, the co-founder of PayPal and a Donald Trump ally, has accused a “finance gerontocracy” including Warren Buffett and Jamie Dimon of hindering bitcoin’s progress.

The outspoken libertarian tech investor described multibillionaire Buffett, the world’s richest investor, as the “sociopathic grandpa from Omaha” in a keynote address at the Bitcoin 2022 conference in Miami on Thursday.

Thiel’s address began with an analysis of the investment merits of cryptocurrencies but soon escalated into a tirade against the financial establishment, including “bankrupt” central banks and the “hate factory” of ESG – which stands for environmental, social and corporate governance and is a cornerstone of responsible investing principles.

In a speech that also cited JP Morgan’s chief executive Dimon and Larry Fink, the chair of investment group BlackRock, he said institutions run by a “finance gerontocracy” were hindering the cryptocurrency. Thiel said choosing not to invest in bitcoin was a “deeply political choice” and the financial establishment should be told “you have to get onboard on this”. Thiel added that the $830bn (£638bn) bitcoin market could rival the global equities market, worth more than $100tn.

Comparing bitcoin with conventional capitalism, he said, to applause: “Woke companies are sort of quasi-controlled by the government in a way that bitcoin never will be.” Thiel, 54, is the most high profile Trump supporter in the tech industry, having donated millions of dollars to Trump’s 2016 campaign and served on the ex-president’s transition team.

Casting the progress of bitcoin in political terms, Thiel rounded off his speech with a libertarian rallying cry depicting cryptocurrency’s progress as a battle between ESG and a “revolutionary youth movement”.

“If we had to summarise this in one frame, it is … the finance gerontocracy that runs the country through whatever silly virtue signalling, hate factory term like ESG they have versus what I would … think of as a revolutionary youth movement.”

He added: “We have to just go out from this conference and take over the world.”

Thiel announced in February that he was stepping down as a board director at Facebook’s parent, Meta. Thiel has been on the Meta board since 2005 and is a confidant of Meta’s founder and chief executive, Mark Zuckerberg.