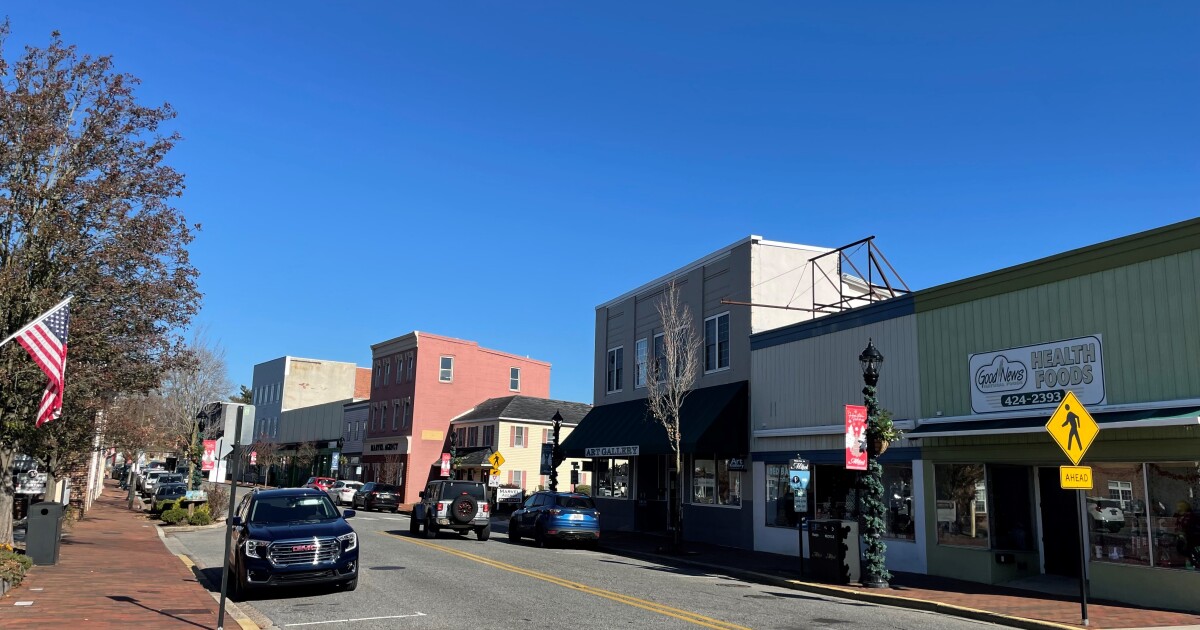 Milford’s downtown is enjoying a revival, driven in part by a riverfront pedestrian path and park in the business district. The small businesses visited by SBA and Delaware Small Business Development Center officials this week expressed optimism about their future despite supply chain issues and rising expenses hindering businesses elsewhere.

Katie Coenen owns Red Bandana, a toy and comic book store in downtown Milford. She says her store outgrew two spaces in the past five years. That growth is fueled by tourists headed to the beaches, as well as growing foot traffic from nearby neighborhoods. Coenen adds one of her goals is to stock more Spanish-language comic books to serve Milford’s growing immigrant communities. She realized that need watching a Spanish-speaking family buy their daughter the only Spanish-language book she had in stock.

“Oh my gosh – I should be carrying these books! She just lit up, and it was something that I realized she could share with her mom,” she said. “And I was like, ‘oh no! I’m not thinking about the parents coming in who can’t read these comics to their kids.’ That was when I realized that this was something I had missed.”

She adds despite pressure from peers to locate along Route 113, she prefers to remain downtown as long as she can find enough space.

“When you’re on a highway, you’re just going. You’re not paying any attention to what’s around you, you’re flying through it,” she said. “There’s a sense of impatience, a sense of ‘I have somewhere to be.’ It’s not, ‘let’s spend the day here.’ No one is rolling through that area just to hang out there. So I think this buffer – having this space from the main highway – has been a blessing.”

Coenen says her business has grown enough to consider applying for an SBA loan to maintain momentum. Loan repayment resumed after being placed on hold during the pandemic, but an SBA spokesperson says the long-term, low-interest loans are intended to be manageable for businesses recovering from the pandemic.