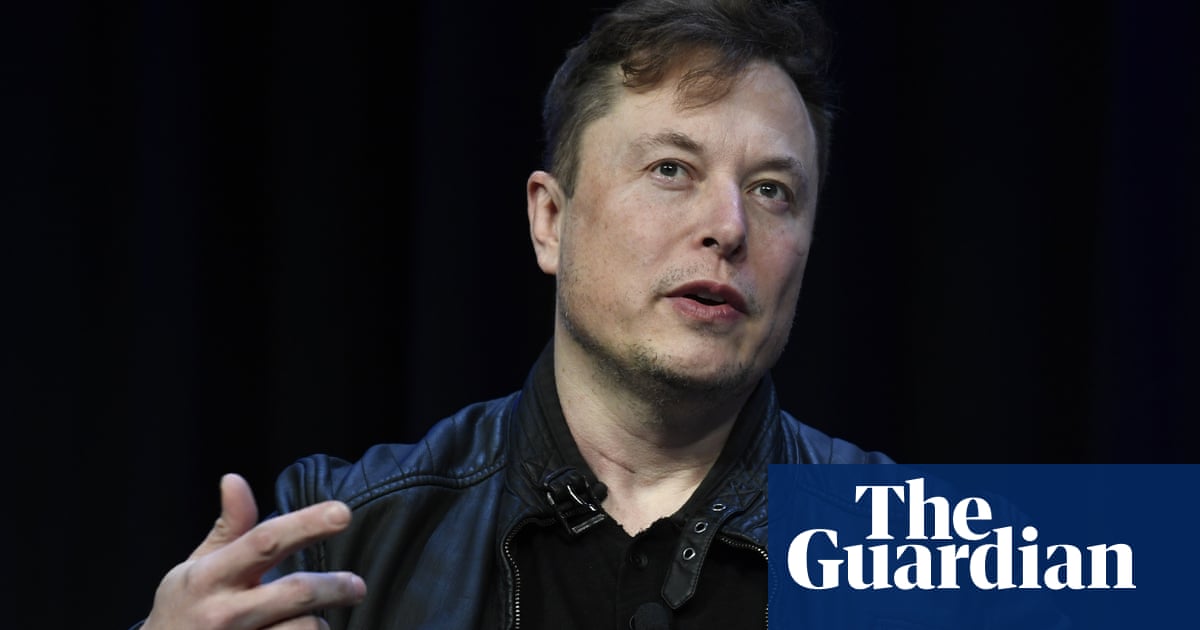 Elon Musk is considering a hiring freeze and job cuts of up to 10% of staff at Tesla because he has a “super bad feeling” about the state of the economy, according to an internal email seen by Reuters.

Tesla currently has about 5,000 job openings advertised worldwide, and 100,000 employees. The email was sent to Tesla executives late on Thursday with the subject line “pause all hiring worldwide”, and comes days after Musk ordered all employees to return to the office for at least 40 hours a week or face immediate termination.

Tesla’s stock was down 3% after hours on the news. Neither the company nor Musk replied to requests for comment from the Guardian.

So far, there has been no fall in demand for Tesla cars and other electric vehicles. The usual indicators of a downturn – including increasing dealer inventories and incentives in the US – have not materialised.

However, Tesla’s stock has been hammered, falling 22% since the billionaire used his shares to finance a planned acquisition of Twitter, which now appears to have stalled. Anxiety about the global economy and the impact of China’s Covid-19 lockdown in Shanghai, where Tesla has a factory, have also weighed on the company’s share price.

Some had speculated that Musk’s command to return to the office was a below-the-table effort to cut staffing levels. Tesla staff posted on message boards that their offices didn’t have the physical capacity to host all staff members full-time, after rapid expansion during the pandemic, with one asking for advice whether they should ignore the command or go in and work from the stairwell.

“The more senior you are, the more visible must be your presence,” said Musk in the return-to-the-office email. “That is why I lived in the factory so much – so that those on the line could see me working alongside them. If I had not done that, Tesla would long ago have gone bankrupt.”

In Germany, the IG Metall union has said it will support any worker who decides to continue working remotely. “Whoever does not agree with such one-sided demands and wants to stand against them has the power of unions behind them in Germany, as per law,” the district leader for the union told Reuters. Tesla has 4,000 workers in Germany.

Musk’s email on job cuts came a day after the cryptocurrency exchange Coinbase announced a total hiring freeze and confirmed it would also be rescinding already-accepted job offers. “This is not a decision we make lightly, but is necessary to ensure we are only growing in the highest-priority areas,” LJ Brock, the company’s chief people officer, wrote in a blogpost. “We always knew crypto would be volatile, but that volatility alongside larger economic factors may test the company, and us personally, in new ways.”

In the letter sent to would-be employees who had not yet started at the company, Brock said Coinbase would offer a severance payment of two months’ salary. “We are also committing additional support via a dedicated talent hub to help provide high-quality job search benefits.”

As well as the wider tech downturn, and a massive collapse in the cryptocurrency market that Coinbase’s chief executive has described as a “crypto winter”, the company is suffering the fallout of some expensive missteps. An NFT marketplace, launched in early May, came months after the peak of the market, and attracted just 150 transactions on its first day.