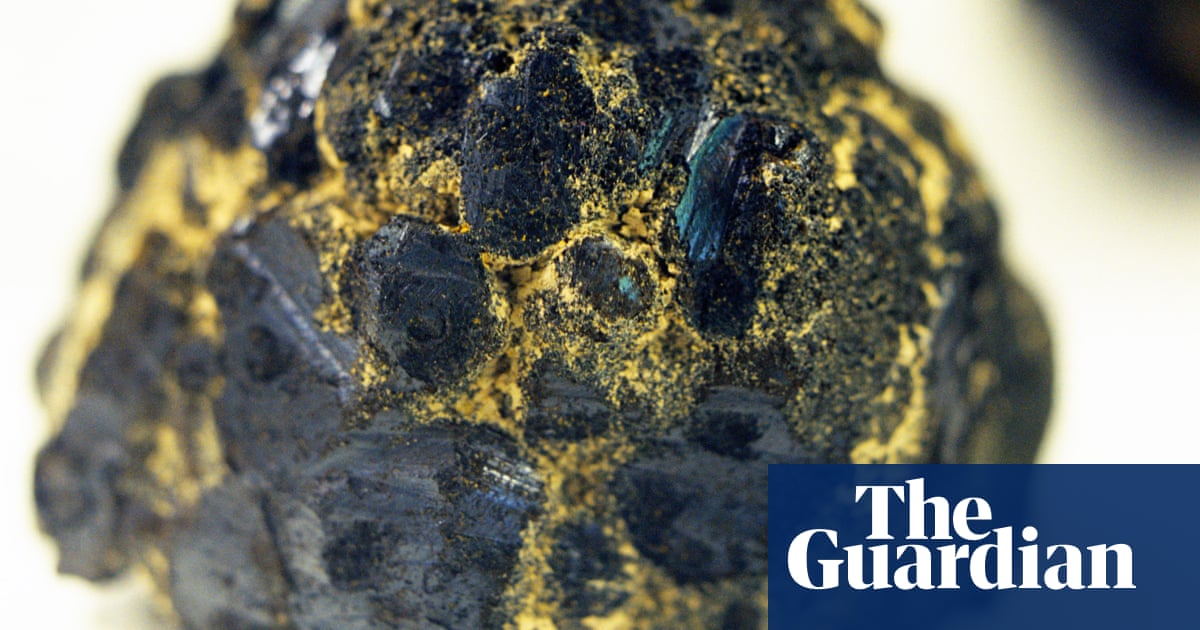 In a windowless conference room in Canary Wharf, dozens of mining executives, bankers and government officials are being promised unique insights into how to profit from “the deep-sea gold rush”.

The hoped-for gold rush lies thousands of miles away on the bed of the Pacific Ocean, where trillions of potato-sized nodules of rare earth elements vital to power the next generation of electric cars have been discovered 4,000m below the surface.

Mining companies are hoping that global rules to allow industrial scale deep-sea mining to collect the haul could be set in place as early as July 2023.

However, environmental campaigners warned that mining for the metals would be “dangerous”, “reckless” and cause “irreversible harm” to little-known ecosystems. One estimate suggests that 90% of the deep-sea species that researchers encounter are new to science.

Louisa Casson, a Greenpeace campaigner, criticised the industry for running the conference and banks for considering investing in the “dangerous and unnecessary” projects to “make a quick profit”.

“This destructive new industry wants to rip up an ecosystem we are only just starting to understand,” she said. “[They are] aiming to make a quick profit while our oceans and the billions of people relying on them bear the costs.”

The nodules in the Clarion-Clipperton Zone between Hawaii and Mexico were first discovered by the crew of HMS Challenger in 1875, but only recent developments in underwater robotics have made large-scale mining of the metals possible.

The UN-affiliated organisation that oversees the controversial new industry has granted licenses for companies to explore the area, but full-scale mining has yet to start. That could soon change, however, as the tiny Pacific island nation of Nauru has triggered a “two-year rule”, giving the International Seabed Authority (ISA) two years to implement regulations governing the industry. That set a deadline for a roadmap to be adopted by 9 July 2023.

“Deep-sea gold rush is a gamechanger,” read adverts for the Deep Sea Mining Summit 2022 at the Hilton London hotel in the capital’s Canary Wharf district, for which delegates paid £1,195 for the two-day event this week. “After years of negotiations and false starts, deep-sea mining is close to a breakthrough.

“As we move into an era of mining the deep-ocean floor, the world’s most remote environment, mining companies are working on overcoming the perceived challenges and developing island nations are watching with interest. As the demand for base metals and minerals surges ever beyond what our land is able to provide, new technological and technical developments are helping to drive forward this new industry.”

Daniel Wilde, economic adviser on oceans for the Commonwealth Secretariat, which represents Nauru and many of the other small island states keen to start seabed mining, told the conference that he expected the ISA to agree a payment regime that would hand mining companies a post-tax profit of 17.5%.

However, he warned the audience that “the two-year deadline does seem quite tight, [and] if it’s not agreed there are questions about what happens next”.

Ebbe Hartz, a geologist at Aker BP, a Norwegian oil exploration company part-owned by BP, said mining for seabed metals could eventually overtake drilling for oil. “But the problem is going to be finding [the metals], and we don’t have a lot of data.”

Hartz said machine-learning data collection would be key to the success of seabed mining, and would ensure “we don’t need to make all the errors we made with hydrocarbons”.

Eleanor Martin, a partner at law firm Norton Rose Fulbright who advises banks on financing offshore projects, said global banks were “very eager” to invest in deep-sea mining projects as they project the cost of lithium and cobalt needed for electric car batteries will continue to spiral upwards. “To build the number of [electric] cars we will need, we will need much more of these metals.”

“Banks are sitting on pots of green money,” she said in reference to money designated for projects aimed at tackling the climate crisis. “But they need to know that mining projects are green and sustainable.”

Katherine Reece Thomas, an associate law professor and director of public international law at City, University of London, warned the industry that it needed to do more to win over public opinion before planning to start mining the oceans.

“There is an impossible conflict between those who say we can’t possibly do this, to others who say we need to take this stuff in order to tackle climate change on earth,” she said.

Jessica Battle, who runs the WWF’s No Deep Seabed Mining campaign, said: “Deep-seabed mining is highly risky and will cause irreversible harm to the ocean, to its life and its ability to help mitigate climate change. Investing in such a highly unsustainable industry at a time when we need to reduce our footprint on the natural world is irresponsible.

“Any short-term incentives offered are far outweighed by the long-term benefits of a healthy ocean and so WWF and others are calling for a global moratorium on deep seabed mining. Alternative solutions already exist – innovation, recycling and repair can satisfy industries’ need for raw materials without opening the seafloor to mining.”

Casson, from Greenpeace, said: “There is absolutely no need to mine the deep oceans and cause further harm to our planet. We’ve been pleased to see the biggest players in the electric car and technology sectors, including Microsoft, Google, Volvo, BMW and Samsung, all call out the greenwash of the deep-sea mining companies and commit not to use deep-sea mined minerals in their products.

“This nascent industry should stop before it even begins. We need to transition towards a more circular economy, in which we waste less and reuse more, instead of trying to destroy one of our planet’s last great wildernesses at the bottom of our oceans in the name of profit.”