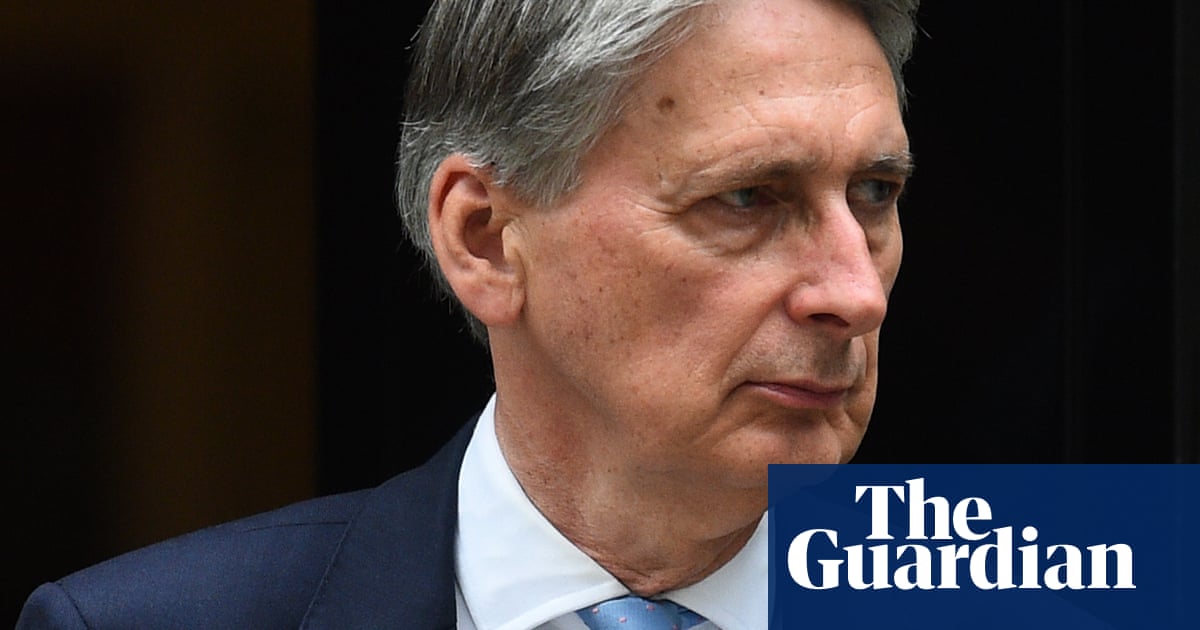 The former chancellor Philip Hammond could see the value of his stake in the cryptocurrency firm Copper plunge after the company suffered a blow to its hopes of winning approval to operate in the UK, forcing it to explore a move to Switzerland.

The Guardian understands that Hammond, recruited by Copper Technologies as a “senior adviser” in 2021, has “growth shares” that could be worth up to 0.5% of the company, implying a notional value of $15m after its most recent fundraising valued it at $3bn.

The Conservative peer, who was chancellor between July 2016 and July 2019, has been a vocal advocate of the UK embracing digital assets. Earlier this year he said it was “frankly quite shocking” that Britain was lagging behind other countries in creating a regulatory framework for crypto.

Copper is now struggling to negotiate the threadbare regulatory regime for crypto that already exists, putting its fundraising plans – and the value of Hammond’s stake – at risk.

The Financial Conduct Authority (FCA), which recently launched a hunt for a head of digital assets, requires crypto firms to apply to be registered, meaning they must prove that they have sufficient anti money-laundering controls in place.

The regulator has granted full approval to 34 firms and rejected dozens that could not show that they had met sufficient standards, either because they missed red flags for money laundering or “do not have the controls necessary to raise red flags in the first place”.

A smaller group of 12, including Copper, was placed on a list of firms with “temporary registration”, meaning that they were permitted to trade pending the outcome of their application.

Despite the FCA granting an extension to the deadline for applications, to the end of March 2022, Copper is one of five that remain on the temporary list.

The FCA said firms on that list “may be making representations […] or may have particular winding-down arrangements” and were “aware of what is required of them to conclude their application”.

Copper, which says that $50bn in “notional” money flows through its “infrastructure” every month, told the Guardian that its discussions with the FCA were ongoing.

However, a well-placed source said that Copper had begun exploring alternatives, including a move to Switzerland. The move would be likely to require more than 500 customers, including family offices, traders and private banks, to open accounts there.

Copper said its international expansion required hubs in different countries. It already has an office in Zug, Switzerland.

Hammond said earlier this year that crypto firms were increasingly considering relocating to countries such as Switzerland, Monaco and Germany because of a poor regulatory framework in the UK.

Any failure of Copper’s UK ambitions could affect its plans to raise $500m from venture capital investors, via a fundraising effort targeting a $3bn valuation.

Potential investors Accel and Tiger Global have considered pulling out of the funding process because of the difficulty in winning the FCA’s blessing, the crypto website CoinDesk reported earlier this month.

Any disruption could affect the value of Hammond’s holding, understood to be in “growth shares”. Typically, holders of growth shares can cash out if the company is sold, hits a certain valuation or lists on the stock market but can’t receive dividends or vote on company resolutions.

While securing approval from the FCA has proved difficult for some crypto firms, the government has taken steps towards creating a welcoming environment for digital assets.

Earlier this month, Rishi Sunak – to date one of Hammond’s two successors as chancellor – stated his wish to turn the UK into a “global hub” for crypto.

An FCA spokesperson said it was trying to ensure that firms “meet the minimum standards we expect – that those who run these firms are fit and proper and that they have adequate systems to identify and prevent flows of money from crime”.

They said: “These are in place so our financial system is not open to abuse by those who want to move and hide money made from violence, drugs, corruption or the exploitation of others.

“When we decide a firm does not meet the standard for registration, we are clear with them where they are going wrong. The money-laundering regulations don’t include a provision allowing firms to withdraw their applications. However, in some cases, we may allow a firm to withdraw, stop operating, make the changes necessary following our feedback and reapply. Firms that do not withdraw are issued a formal decision which they are able to appeal, including through the court.”